Behind the 76 MotherRussia and Morrisjones merger 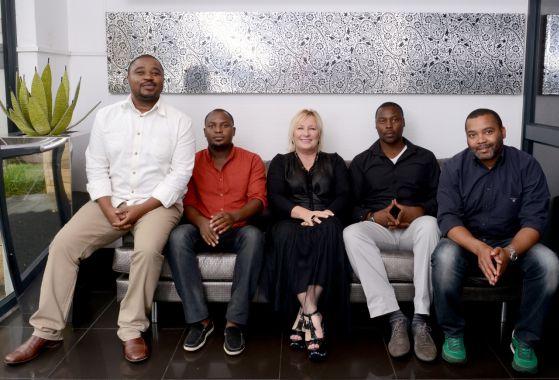 by Herman Manson (@marklives) Nina Morris, the CEO of Morrisjones, had known for a while that her business partner and agency ECD Angel Jones wanted to move back to Cape Town. Jones also wanted to focus on a project that was taking up more and more of her time, the Homecoming Revolution (an independent organisation that encourages and assists the African Diaspora to return home).

The duo had launched their agency as part of the M&C Saatchi network in 2001 – and helped launch budget airline Kulula.com into the South African market. After 18 months M&C Saatchi divested (it only returned in 2010 with the launch of M&C Saatchi Abel). Morris and Jones renamed their agency morrisjones&co (and Morrisjones). The agency won some decent business early on and received numerous industry accolades but the past few years had been tough. The agency went from a staff complement if 47 in 2010 to 26 in 2012. Clients include Debonnairs Pizza, Avios, Mugg & Bean and Nestle.

76 MotherRussia, the product of a merger by MotherRussia and 1976, kept a relatively low industry profile in spite of the creative muscle and impeccable BEE credentials it held. Its client list includes Selati Sugar, the Government Employees Pension Fund, Pernord Ricard, SABC and Rand Refinery.

Morris, looking around for potential creative partners, had worked with Melusi Tshabalala, now at 76 MotherRussia, years ago at Leo Burnett. She decided to give him a call. 76 MotherRussia was a relatively young, creative heavy agency, and lacked systems and procedures, relying heavily on outsourcing production. Morrisjones had a smooth running operation in need of new creative thinkers. Neither agency held conflicting clients. The deal was done.

The combined agency employs 35 people and operates in a revenue band of between R45-50 million according to Morris, who adds that because of the very different operational models of the two previous agencies, there are no issues of job duplication in creating Mojo MotherRussia.

Although this wasn’t a BEE deal – Morris rather describes it as a sensible marriage between two agencies that complements each other well – its BEE credentials will obviously make it attractive to clients in both the private and public enterprise. The combined agency also has the scale to go after bigger pitches. All the shareholders are also working partners, as Masekwameng points out, who notes it’s important for a creative business to be run by creative leaders.

In the short term the agency is focussing on bedding down the merger says Morris, to decide on focus areas, and then to look at the continent for further opportunities. Morris says she sees no reason why brands need to work through international networks to access African markets when there are capable independent agencies right here who could do the job.

The 76 MotherRussia team had already moved into the old Morrisjones building, and it’s a snug fit, but it forces people to work together quickly, says Morris.

Masekwameng says the new creative team will focus on upping the output of existing clients. He expects East Africa will be first in line to be investigated for further expansion. Clients will be able to expect a full service offering from the new agency. Having access to a digital team, who isn’t siloed from the rest of the agency, will add to his own thinking in terms of media neutral big ideas, says Masekwameng.

2 Responses to “Behind the 76 MotherRussia and Morrisjones merger”