Mike Abel: In defense of the great pay-off line

by Mike Abel, MD, M&C Saatchi Abel As the world moves toward new ways of reaching and touching consumers, this month, I’ve decided to look at one of the “old” ways of communicating a brand’s proposition – and understanding its role currently and looking ahead.

Without question, the best “tag­­-line”  I’ve read in years is, “You never actually own a Patek Philippe. You merely look after it for the next 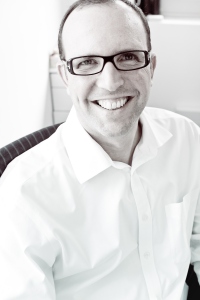 But why is it so brilliant and what can we learn from it?

Here are 4 powerful ways in which the line works:

1. A socially defendable position: “I never really bought it for myself. It is something that I can pass on to my kid”. Thereby negating the excesses that may be associated with shelving out over R200 000 for a watch.

2. Creating a sense of legacy (heirloom): How many items can one buy which are personal and intimate – and last long enough to be passed on? Granny’s jewelry and candlesticks, art and now this particular brand of watch. A bit of immortality that means I won’t be forgotten.

3. Quality: Not only will this watch serve you well but it is so brilliantly made that it will honorably serve future generations too.

4. Love for one’s kids: I love my kid so much and although I’m wearing it now, they’ll get extra pleasure from it because a) It’s their dad’s old watch b) It brings back many memories of our times together and it will be a thing of classic beauty when they inherit it.

There have been very few tag-lines written that can so powerfully own this emotional (extrinsic) as well as tangible (intrinsic) high-ground.

A great tag-line should also become a powerful rallying call within an organisation as it talks to the very ethos of the company. In Patek Phillipe’s instance, the watchmakers and sales staff aren’t manufacturers of watches at all; they’re now the purveyors of heirlooms, memories and legacy.  They’ve elevated themselves above the category and tap into an enduring human truth.

Other incredible lines that own human truths are Nike’s “Just Do It” – it’s about the triumph of the human spirit and beating your best, Adidas’ “Impossible is Nothing” – which naturally celebrates the breaking of records and aversion rules and then of course, Apple’s iconic “Think Different” celebrates the inventor, the maverick, the “square peg in the round hole”. These pay-off lines echo the very ethos of the organisation. They’re the central organising thought for the brand and its vision.

In the automotive space some tag-lines became big promises to the consumer. Toyota confidently stated “Everything Keeps Going Right”, BMW offered “Sheer Driving Pleasure”, Mercedes claimed that it was “Engineered Like No Other Car in the World” and when VW was suffering quality issues in the 80’s “Isn’t that what you’d expect from Volkswagen” became the rallying call and promise at every level, be it the factory or dealership – that you’d get a very reliable, high quality product, backed up with excellent after sales service.

Today a lot of these lines have disappeared and been replaced by trite adspeak, “bumf” and jargon. I never saw or understood “Joy” as a brand truth for BMW. It is too “naff” for the brand and felt rightfully, like an imported line rather than one that would resonate with its local drivers and acolytes.

The only German translation I have seen work locally is  “Vorsprung Durch Technik”. It is again, a promise and rallying call throughout the Audi organisation – that all their vehicles represent “Progress Through Technology” – and today Audi is the second-largest selling luxury car brand globally. “Vorsprung Durch Technik” remains the brand’s mantra. It works even better in the original German, where “Vorsprung” means both “progress” and “advantage”.

Red Bull’s “Gives You Wings” was taken to the nth degree recently with Felix Baumgartner’s jumping from the edge of space. It is new age communication at its finest. Content, experiential, social media and PR rolled into over 45 minutes of Primetime SKY news! Let alone the weeks of anticipation and build up.

A pay-off line at its best is the very core of the brand’s proposition, the company’s essence and the consumer promise. It’s the enduring truth and religion. When it’s simply a “tag-line” it’s meaningless wallpaper that goes unnoticed. When it’s the fulcrum, it becomes the last stand between product parity and differentiated greatness.

Reprinted from the blog of Mike Abel.
Stay up to date with our weekly mailer. Subscribe here. It’s free!