by Herman Manson (@marklives) For many people MWEB is still the big black box, which it launched in 1997, the same year the business 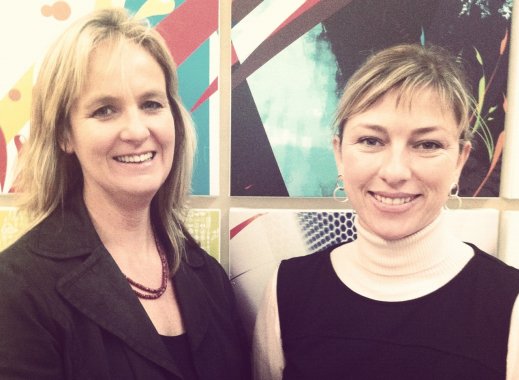 was established by MIH Limited (a Naspers company). The big black box, in case you don’t get it, was a box, and black, and offered wary South Africans everything they needed to connect to the Internet via dial-up modem, with the payoff line “Just like that” (I still hear the finger snap in the background).

The Big Black Box even included a (printed) book, a specially updated edition of Arthur Goldstuck’s 1995 tech guide The Hitchhiker’s Guide to the Internet, helping to turn it into the best-selling IT book ever published in South Africa.

The commercial Internet was new and exciting and big business was getting in on the act. The first dot com bubble had yet to burst and MWEB was spending large swathes of money buying up rival ISPs before its 1998 listing on the JSE.

Today it is a friendly consumer brand wholly owned by Naspers. Its pay-off line has changed to Connect & You Can to reflect the growing acceptance and integration of the Internet into daily lives. It serves a user base of over 300 000 subscribers (which is not that much higher than figures available for 2005 – although it has had success in converting many of those to ADSL) of whom more than 200 000 sits on ADSL. They consume 4.5 petabytes (4,500,000,000,000,000 bytes) of bandwidth per month.

But back in the days of the early Internet it was a brand dogged by controversy, first for gobbling up rivals, its ambitious content play which then included the News24 and The Daily Mail & Guardian (now the M&G Online) operations, not to mention famously burning through R20 million a month just before its delisting in 2001.

ABSA had introduced free dial up for its client base and signed up 170 000 users, quickly closing in on MWEB, in a move that at the time seemed like a threat to MWEB whose then CEO , the late Antonie Roux, scorned the ABSA offer publicly for not being sustainable (and was proved right in the end).

Carolyn Holgate, GM and MWEB Connect, the consumer arm of the MWEB brand, and Karen Dempers, Marketing Manager at MWEB Connect, explains that in the early days of the brand – the Big Black Box days – the technology was new and MWEB needed to position itself in a way which made connecting to the Net look simple and easy. In other words, you bought the box, and MWEB did the rest, just like that.

The Jupiter Drawing Room held the MWEB account for two years before it went to Ogilvy who held it for a decade. By 2007 consumers no longer feared connecting the Net and MWEB repositioned its advertising campaigns to highlight the world of opportunity that existed online. Still – the ads were selling the Internet rather than pushing MWEB as a brand.

Holgate says they manage their pitch processes internally as she views her ad agency as integral to the business and she places a premium on the relationships between people at the agency and how they get along with the people in her marketing department.

So when FoxP2 won the account in 2010 it was because of a combination of great people and its stature as a great creative agency that won it the business. FoxP2 was also the only agency that challenged “Just like that” and came up with “Connect & you can” to showcase the innovative nature of the brand and to take its core service to a less frightened audience.

Dempers says it was important for the brand to move away from its ‘protector role’ (we will do everything for you) as the market had evolved substantially by that point. FoxP2 would create the iconic TV ad ‘Lost’ (see video below) for MWEB. At the same time as moving to FoxP2 it also appointed Vizeum as its media planning agency while Acceleration Media won the digital media planning business. Quirk took the digital account.

Holgate adds that Ogilvy managed the entire advertising process for MWEB from media planning to digital and ATL work. When the relationship ended she did not feel safe entrusting all those aspects to a single agency again, selecting best of breed agencies, although this did ultimately add work strain to the marketing team (of which there is 6 at MWEB).

2012 flipped the fixed line market on its head with the introduction of mass market uncapped ADSL. The Net would no longer be about checking email and browsing some news (ok and other stuff) – you could now stream Supersport onto your computer. This set MWEB up for the next evolution of the Net in South Africa.. As we connect more devices onto home networks and consume more varied media more intensively through the Net the need for quality uncapped bandwidth will keep growing.

FoxP2 would resign the MWEB account on the news that it had won Cell C along with King James (Cell C later cancelled the account shift). This resulted in MWEB moving its ATL, retail and CRM business to its fifth agency since its launch – M&C Saatchi Abel (their first TV work breaks in August).

Dempers says the agency won on the strength of their pitch which she describes as “very impressive,” it also understood the business and had an astute understanding of the challenges it faces, ticking all the problem boxes MWEB had identified internally.

Of course some of the faces at M&C Saatchi Abel Holgate knew from the days Ogilvy held the account, “so we knew their shortfalls and strengths” adds Holgate.

AdEX shows MWEB (this includes the MWEB Connect and MWEB Business operations) spending R67 194 595 on advertising for the year April 2011 – March 2012. Close to R3.8 million of that went online, another R15 million went into newspapers, nearly R10 million went to radio and TV got a whopping R37 million (down slightly from the previous year). Magazine got slightly less than R1 million.

Many South Africans will remember the Polka ISP brand with its seriaasly funny TV ads (see video). MWEB, positioned as a premium ISP at the time, needed an offering to compete on price in the market, and came up with Polka. Holgate helped launch that brand, and says that as ADSL pricing came down, MWEB and Polka finally reached a parity price point, and five years after its launch the brand was folded and its user base integrated into that of MWEB. Draftfcb was responsible for achieving 97% awareness of the brand within its first year.

Core challenges for MWEB include the rise of mobile data and the strength of players like Vodacom, MTN and Cell C in this market, as well as Telkom’s seeming inability to roll out ADSL extensively (it also competes with Telkom in the ADSL market even as it relies on Telkom to roll out the technology it requires to sell its core service).

As Holgate points out – uncapped ADSL still holds an advantage in cost and quality over mobile offerings. For a lot of data and decent download speeds she believes power users will shift to MWEB. Out of four million fixed lines 800 000 are on ADSL which means there is a sizeable market still out there to be converted and opportunity for MWEB to grow further.

MWEB is targeting users with high bandwidth requirements, like online gamers, of whom 50 000 have signed with the ISP. It would make sense for it to pursue other data intensive offerings and although she does not see services such as Netflix arrive on our shores in the short term (due to rights issues) Holgate does see it happening none the less. In fact Multichoice is already experimenting with Boxoffice – its video on demand rental service – online.

Ever cheaper ISPs  doesn’t seem to faze Holgate much – she says new users with cheaper connections now will need to upgrade them as their quality of data requirements increase – and she believes the MWEB network would be their obvious choice. The MWEB Tier 1 national network was recently upgraded to 10Gbps with IPC in CPT, JHB and DBN.

MWEB has truly been one of the most consistently visible consumer brands in the history of home-grown Internet firms. Its legacy of helping South Africans go online helped build a broader online industry that today spans ecommerce to content publishing and social media. The big black box might be dead but the MWEB brand lives on.

Brands news you will make time for. Stay up to date with our weekly mailer. Subscribe here. It’s free!

3 Responses to “Brand Journeys: MWeb – not quite ‘just like that’”