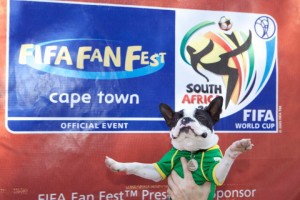 Sepp Blatter - free flights for you!

It was bound to happen. After running an ad (see below) in the Sunday Times promising FIFA president Sepp Blatter free flights anywhere in South Africa a dog took up the offer. And no it wasn’t FIFA’s president. The ad in question formed part budget airline Kulula’s cheeky campaign as the ‘Unofficial National Carrier of the ‘You Know What’ that had previously landed it in hot water with FIFA’s bullying lawyers. 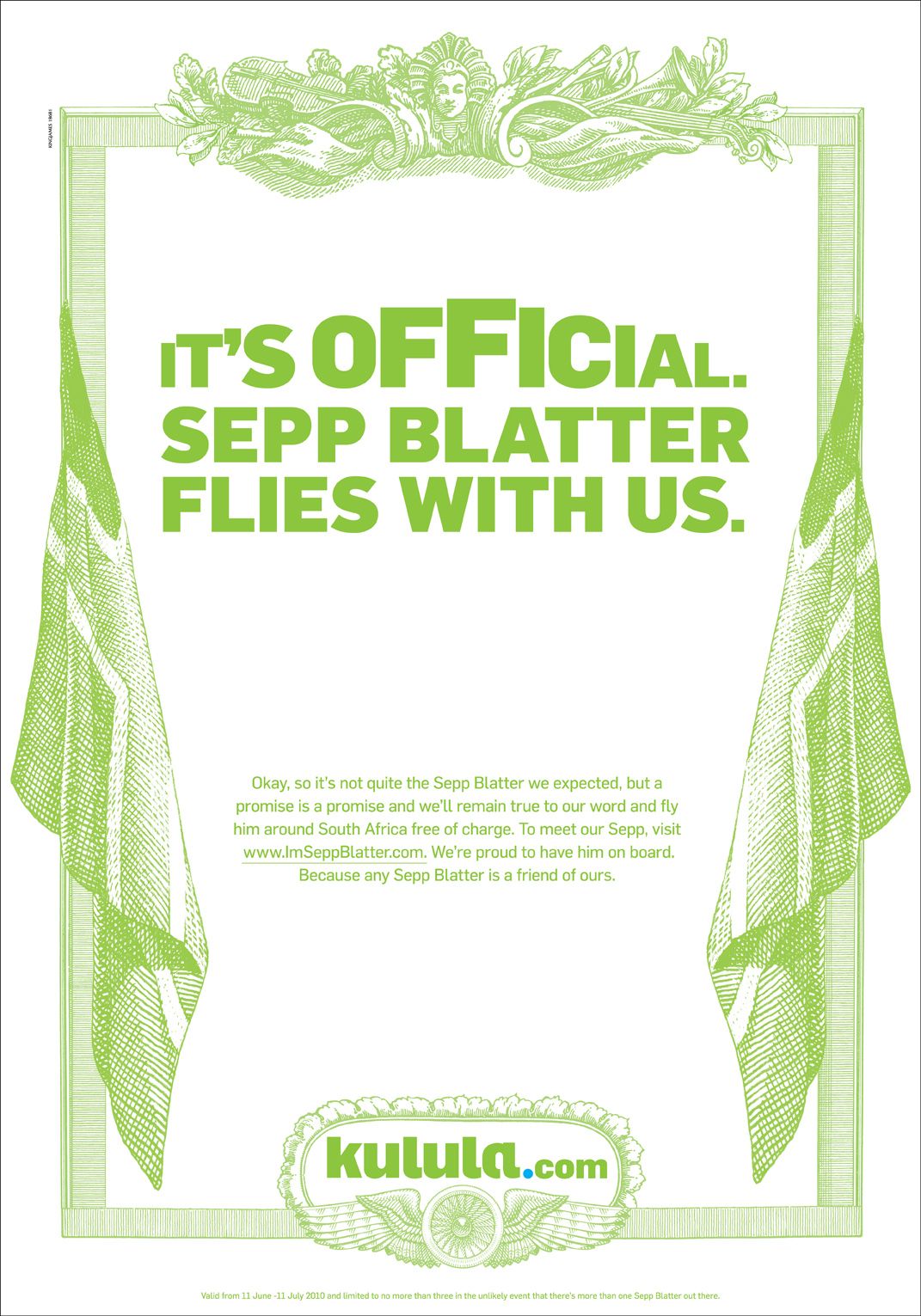 Sepp the dog’s owners noticed the ad didn’t really specify which Sepp Blatter could score free flights (it reads a bit like FIFA’s rules on ambush marketing then) so they got Sepp onto Twitter and Kulula’s ad agency King James hot under the collar (with excitement).

Sepp will now be flying around to Jozi in Durbs (with its owners one would imagine). Check him out on Facebook and follow him on Twitter. 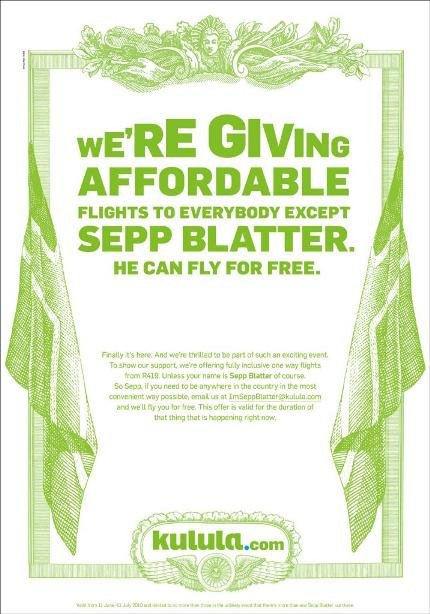