The new MD of FCB Johannesburg, replacing Alistair Mokoena, is Thabang Skwambane, it was announced today, Wednesday, 14 January 2015, by FCB South Africa. Mokoena, whose departure was announced in November 2014, is now MD of Ogilvy & Mather Johannesburg. 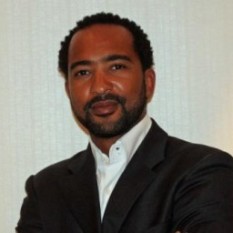 Skwambane joins FCB Joburg as a shareholder of Threefold Creative. He is a former banker-turned-social-development-entrepreneur and social activist who left a successful career in merchant and investment banking at Standard Bank to co-found Kaelo, a wellness company focusing on HIV and Aids. He is also chairman and founder of The Lonely Road Foundation, which enables rural communities to take care of orphans and vulnerable children.

He recently completed his Masters in Public Administration (MPA) at the Harvard Kennedy School of Government, and is an Archbishop Tutu Leadership Fellow.

According to group CEO Brett Morris, “Thabang is an extraordinary person, a man who has not only succeeded as a businessman but one who has done so without neglecting the plight of those less fortunate than himself. FCB believes this mix of capitalism and philanthropy is what is needed today to ensure FCB Joburg’s sustainability.”

Comments Skwambane, “Great organisations are created by great people, and I believe that FCB is a great organisation that is an industry leader with a social conscience at its core. Together we are a force for good, and it is this purpose that inspires me to be a part of FCB.”