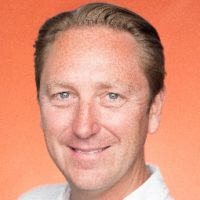 Pernod Ricard South Africa has appointed Dimitri Jansen as its new marketing director, following the departure of Charl Bassil to head up the global marketing of Absolut Vodka.

Jansen has been with Pernod Ricard since 2000. Before taking up this position, he was the brand director for Absolut Elyx and GTR within the Absolut company. He was also previously the marketing director and member of the local CODI for Pernod Ricard’s Netherlands operations. He holds an MBA from the University of Tilburg.