KFC’s recently launched, soccer-themed TVC has gone viral. The ad, created by Ogilvy Cape Town and directed by Karien Cherry from Giant Films, is titled “Keep Rolling” and follows the journey of a fictional football player, Herbz (although most media outlets covering the ad have linked it to the on-field antics of Brazilian footballer, Neymar da Silva Santos Júnior), who decides to take a dive and roll all the way through town to make a meal of it at KFC, with two pieces of chicken and chips.

This “Keep Rolling” campaign was originally created for eight African markets beyond South Africa but was immediately deployed by KFC SA as well. Suhayl Limbaba, KFC SA MD, described the outcome as “a superb result of the great agency/client relationship”.

On how the campaign came about

Originally, this was a KFC Africa brief for “Sharing”. We knew football would be massive at the time of the campaign launch, and highly paid players diving and exaggeratedly rolling around all over the place is always a feature of the game. The Streetwise payoff of “Make a meal of it” gave us a great link to that theme in SA.

The concept that emerged was of a fictional footballer, Herbz (wearing KFC’s signature number of 11), who takes a dive during a game at Athlone Stadium in Cape Town and then rolls out of the arena and keeps rolling through various comical local scenarios until he gets to the KFC, when he is miraculously fine and keen for a Streetwise meal.

On why it has caught on so well

Clearly, it hit a sweet spot of being a very funny take on something everyone talks about… and it had a relatable connection to the product. Plus KFC is a brand with a good reputation for humour. But much of the success lies in the execution. We went over the top and every scene added more to the story. Our director, Karien Cherry, did an incredible job sourcing such a diverse list of locations that made the commercial look and feel African.

On where it was aired

It was originally scheduled to air in eight African markets — Ghana, Kenya, Uganda, Tanzania, Zimbabwe, Zambia, Botswana and Lesotho — but KFC SA loved it and have aired it on high rotation here as well, but it’s on social media that it has really flown. Every time a famous footballer goes into an ‘injury’ roll on TV, someone somewhere is sharing the video. Officially, we’ve had 343k views on YouTube, 84k views on Facebook and 172k views on Twitter but we know this is being shared globally in ways that we cannot track in numbers that are probably in the millions. 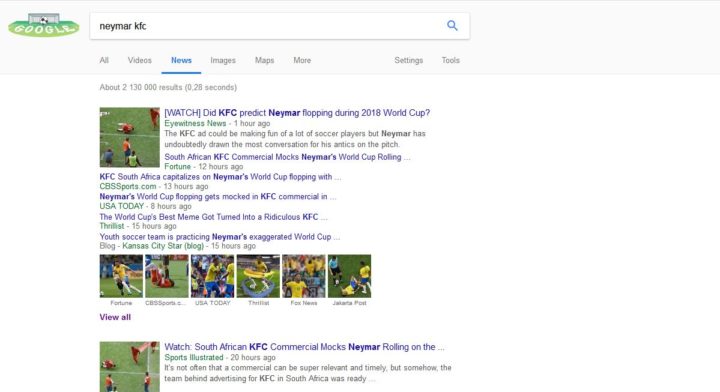 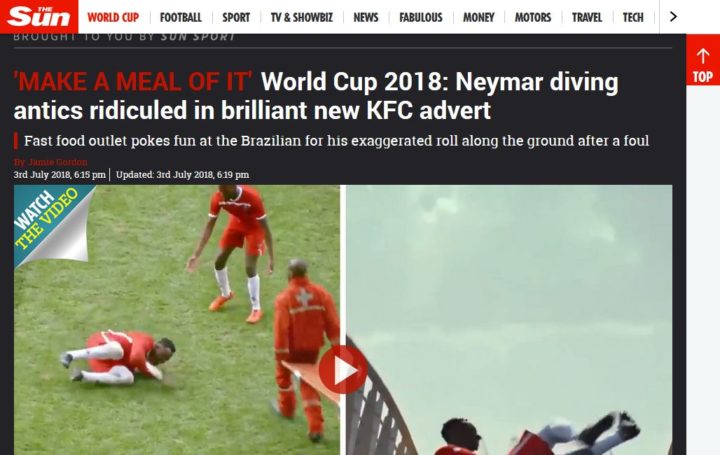