M&C Saatchi Abel was named Agency of the Year at the 2015 Annual AdFocus Awards. The awards event took place on Wednesday night. 25 November 2015, in Rivonia, Johannesburg.

The Agency of the Year Award is the only one chosen jointly by the Annual AdFocus jury and by agencies themselves. The winner may come from any agency category. M&C Saatchi Abel was rewarded for its business growth, client retention, awards and industry recognition.

Media veteran Tony Koenderman received the Lifetime Achievement Award for 35 years of contribution to the marketing and advertising industry. Gil Oved and Ran Neu-Ner, co-founders of the The Creative Counsel — South Africa’s biggest-turnover agency — were recognised as Industry Leaders of the Year.

Partnership of the Year went jointly to HDI Youth Marketeers and Pick n Pay. Sarah Mitchell, a student from the Vega School of Brand Leadership in Durban, won the Student of the Year award. 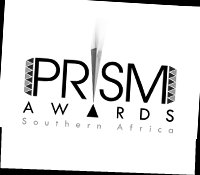