by Sabrina Forbes. Why does popcorn always taste better at the movies? According to Motheo Matsau, the new Ster-Kinekor Theatres deputy CEO, it’s because movies, unlike any other content, are a special occasion and, when you’re having popcorn at the cinema, it’s part of the experience. 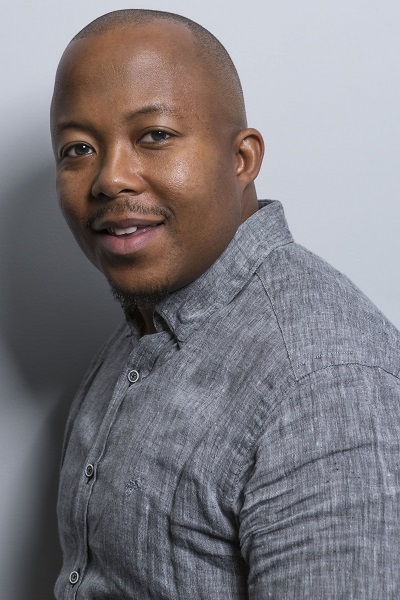 Although Matsau’s recently been promoted to deputy CEO, he will continue to oversee his previous job as chief sales and marketing officer — a challenge that’s just become more demanding. He will continue to oversee the three sales divisions, marketing, loyalty, clubs and guest experiences while being brought closer to the business operations and financial reporting side through his new role and a seat on the board. He’ll also continue to be the face of the brand when it comes to media relations and be the first port of call when issues such as power cuts, consumer complaints and other daily challenges arise.

According to Matsau, the cinema exhibition company is keeping it simple and concentrating on what works for it, and doing that well. The plan going forward is to concentrate on the marketing of movies, improve customer services, renovate facilities, and continue to train staff. In the last five years, it has done five revamps that have delivered good results for the group.

One such example is the introduction of a kids’ cinema at East Rand Mall, Sandton, Centurion, Fourways Mall, and Carnival City (all in Gauteng), something it’s never had before. Beanbag-style seats with a slide and ball pit are meant to ensure that even the most-easily distracted four year old can stay entertained. Each kids’ cinema has a couple of rows at the back for parents, too. When the Fourways Mall kids’ cinema opened after nearly a year of what Matsau calls “uncomfortable business” while the shopping centre was being turned into a mega-mall, the cinema experienced a 22% increase in attendance, compared to the previous year.

Ster-Kinekor is very much like Pick n Pay, he says, in that it offers shelf space to movies. The brand doesn’t control content — it can’t tell Hollywood, Bollywood, or Nollywood what to release and when. Its job is to work with what’s out there and use it in the best possible way by focusing on pricing and scheduling strategies. In the past 18–24 months, outlier performances have come from The Lion King and very popular movies in the Marvel and DC Universes. The last two years there’s also been a massive growth in the release of content which appeals to black audiences. Movies such as Black Panther have brought in a new demographic and now, whenever Tyler Perry (an American actor, writer, producer, and director) releases a new movie, attendance spikes.

Ster-Kinekor Theatre works with a research programme, called Movie Minds, with approximately 3 000 people on its panel. Data from its soon-to-be-released research indicates that people simply want to be given content which appeals to them.

The brand has embarked on a big drive to find new content in other film markets and, by default, is paying much more attention to locally produced content. Matsau says that two things have happened coincidentally with local productions: demand has grown and, fortuitously with that, the quality of the content has, too. It’s the perfect storm as it means the brand can now focus further on showcasing local talent, he says, changing the perception that, just because it’s local, doesn’t mean it’s not of the highest quality. It’s not only moviegoers who need to be convinced that local is lekker; movie producers need to be aware that their own quality must be taken up a notch if it’s not there yet. Unlike smaller screens, cinema is very unforgiving; it’s uncompromising on quality. If the acting and production quality aren’t on par, it’s amplified more than on TV.

“We screen more local content than anybody by a mile and, outside my everyday office job, I go and sit on panels in the industry and I speak about what we, as exhibitors, are seeing. As exhibitors, we tend to be closer to the customer. We are the [people] who represent the customer to movie makers, producers [and] distributors and that’s part of my job. In the last three years, we’ve started to get it right. If you speak to a lot of movie producers, they’ll tell you the support from Ster-Kinekor has been a lot better,” says Matsau.

Examples of forthcoming local content are Zulu Wedding, the first solo project of Lineo Sekeleoane; Blessers, a Tbo Touch production; and Layla Swart’s Knuckle City. Like most emerging markets, Matsau believes that locally produced content is a vital element in its arsenal going forward; Russia screens 40% local, with India at 60%, China around 50/50, and Brazil about 40%. As a market leader, if this is what’s expected to improve the cinema and movie category as a whole, it’s what he’s going to do.

When it comes to creative agencies, Ster-Kinekor Theatres works with VMLY&R South Africa for digital and tech, FoxP2 Cape Town for branding, Decimal for social media, and Ogilvy PR for public relations. 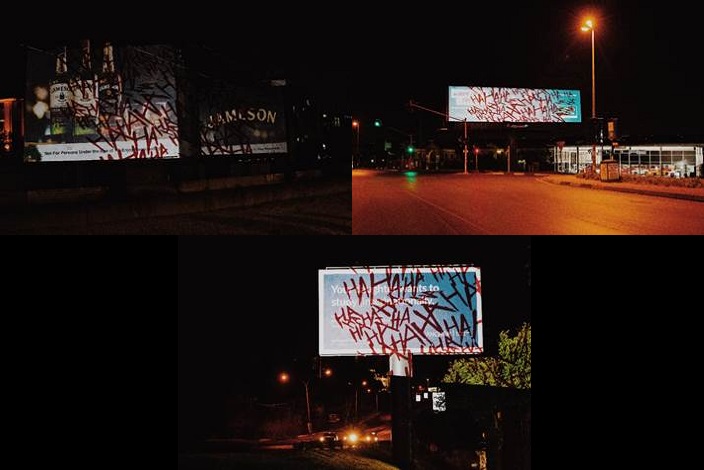 “My style is [to] treat agencies as partners and I feel that we give them a lot of latitude and a lot of space to express themselves for our brand. We do not dictate to our agencies what to do. I have a policy in-house that we never give solutions; we only ask questions. Because, as soon as you start giving solutions, you are telling them what to do,” explains Matsau, using the recent launch of the Joker movie as a key example. FoxP2 came up with the idea to project “#HaHaHa” in the form of nighttime billboard-graffiti guerilla campaign as a way to make people wonder: “Who is the mysterious vandal? What’s the big joke? And will he (or she) have the last laugh?” Even conservative brands such as Investec gave the go ahead to project the ‘graffiti’ onto their billboards for 20 minutes. Morningside Police Station was lit up with HaHaHa, too, one night.

Other agencies involved in this campaign were Posterscope, Vizeum, Moving Tactics, Decimal and Ogilvy PR.

When it comes to pricing and promotion, Matsau admits it’s a challenge to navigate, saying: “Pricing is always a tricky one, because we take so much flak. I’m not saying you should always compare yourself to the rest of the world but, if you want to put South Africa’s movie-ticket price relative to what you’d pay in the UK, the States, and Dubai, it’s unbelievable. In our market, if you’re a movie lover, you’d be hard pressed to pay full price. We’ve introduced a movie-subscription service where, for R249, you can watch four movies a month or, for R349, you can watch unlimited movies a month, and you get a 20% discount on your popcorn. The idea is to keep prices affordable [so] people can keep coming. You can’t build an audience by outpricing yourself.”

The current Ster-Kinekor ticket price ranges between R90 and R120.

Staff morale has never been higher and Matsau hopes to keep it that way, plus he plans to look at growing its sales portfolio of advertising. “Where we were 18 months ago to today is chalk and cheese. Eighteen months ago, I really felt like we were struggling as a category, not just a business. But, somehow, the movies studios have pulled a rabbit [out of a hat] and the last 16 months and for the next 18–24 months it’s going to be a hell of a ride. All things being equal, things should be alright,” he says.