by Sabrina Forbes. “The Gautrain brand is a people’s brand, or [that’s how] we would like to think of it, at least,” says Ingrid Jensen, Gautrain Management Agency (GMA) executive manager of reputation. 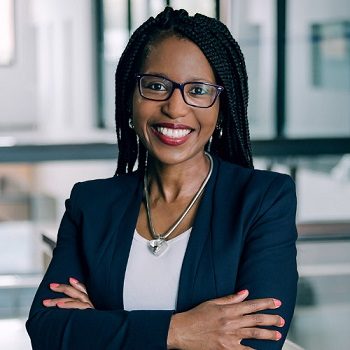 Just over a decade ago, according to Tlago Ramalepa, GMA PR and media specialist, the initial job was to create the idea of what this rapid-rail network would ultimately become — well before launch. As much as it would be a public transport system, it was also a social economic development system with spinoffs, such as job creation and spatial development, that would affect many lives — during construction, approximately 3 800 jobs were created for women, 20 300 for youth, and 29 900 for historically disadvantaged individuals. An extra 10 000 jobs were created at the commencement of operations.

The initial question, however, was how do you get buy in from not only government but also the public when creating a type of public transport service not yet seen or experienced in South Africa?

By looking at the impact the Gautrain would have, the agency decided to open up the initial phases of the branding exercise to the public, allowing future users to play a role.

The brand went out to tender in 2005, short-listing three design agencies: Brand Activation, Enterprise IG, and IWW. Each agency developed a brand CI that went out to government employees and the public to vote through radio, print, and digital channels before being presented to the Gautrain Political Committee. By doing so, Ramalepa believes it proved its positioning as a product for the people, a system to enrich the lives of every day South Africans and not just a seat to bring ‘bums’ from point A to point B.

To find out more about how the logo was developed, download the following pdf: GMA Case Study 2015 : Brand Communication.

Through intensive research over the past 10 years, says Ramalepa, the Gautrain has structured its business on three core brand pillars, each of which play a major role in how the brand communicates with its consumers and relevant governmental players:

As a brand that positions itself as being for the people, it’s important for the GMA team to continuously add value to users. This is done by partnering with relevant companies to keep the Gautrain top of mind in different situations. Partnerships include Discovery Insure (fewer car accidents to pay out), Gallagher Estate, DStv Delicious, and the Radisson Gautrain Hotel. Media partnerships include Tiso Blackstar Events, with the Sunday Times Goodlife Gautrain Taste Experience and Leaders on the Move.

The primary marketing focus is to position the Gautrain as a lifestyle choice. The team strives for the Gautrain to be a part of any discussion that’s happening around the table; at the same time, much of the communication is about the train’s impact, with “time is money” being the key focus. From 2020, a core strategy will also be spreading an environmental impact message and boosting existing environmental management SMMEs doing great work, helping them grow. For a brand as big as this, Jensen believes these issues must be talked about and responsibility taken for the environment.

“We’re a very ambitious team of people, so a lot of the work that we do is mostly done internally,” says Jensen. While all strategy, ideas and conceptualisation is done in-house, Flow Communications runs social media, IWW handles creative execution, Meltwater and Newsclip covers media monitoring, and Catalyst does research.

It’s a process to manage a brand of this size and perception audits are important to determine people’s opinions and the value they place on the brand — the right research gives Jensen and her team scientific means to manage its reputation.

“Something else that we do in research, which we find important as well from a reputational management point of view, is our brand valuation. It’s not an analysis or an evaluation of the brand but we actually put a monetary value to the brand. We did this mainly to negotiate partnerships and what we get out of [them] but also for us to get an idea of what the rand value of the brand is actually worth. Currently, it’s standing at R293 000 000, an increase of 18% from the first brand valuation,” says Jensen.

Currently, the GMA is working with the Department of Roads and Transport on extending the service and has submitted a feasibility study to National Treasury. Once that has been approved, it can begin the preliminary works and then be able to advise on a deadline. The proposed build will have 19 stations and will be double the current route in terms of distances, covering each of the four corners of Gauteng and finally linking places such as Fourways, Mamelodi, Boksburg and Soweto.

According to Jensen, the Gautrain team follows what the Paris Metro, New York Underground, and London Underground are doing in order to learn and improve its own services, even though it’s difficult to compare the services and number of people per day of these well-established, 150–200-years-old systems. Bombela Operating Company operates the Gautrain service, with one of the largest shareholders being RATP Dev (Régie Autonome des Transports Parisiens, the same company that operates public transport in Paris). The GMA is also a member of Global Air Rail Alliance (GARA), which works with air link systems that connect cities to airports.

A big learning Jensen believes is going to be relevant in the near future is understanding how the London Underground manages to keep various transport services independent while sticking to a very strict branding guidelines set by government. This is important for the GMA, as it’s something on the horizon with the Gauteng Transport Authority Act, a new legislation that will force Gautrain, BRT (Bus Rapid Transport System), Metrorail and Metrobus to comply with the same branding.

“What they’re trying to do with the act is… trying to stabilise and integrate different public transport modes in Gauteng. Previously, there was no one body that did it; everybody did their own thing in terms of ‘this is my route and this is where I am going to stick’. There wasn’t an overarching body,” says Jensen, who is concerned about the ability for the Gautrain to differentiate itself now that the act has been promulgated.

When asked what top lessons Jensen has learnt personally in her nine years working at GMA, she says: “You need to stay focused on the purpose of what you’re doing and stay focused on the fact that Gautrain is there to enhance social economic development. It’s not just a train — you can find public transport anywhere — but Gautrain makes a difference in people’s lives. And for me, focusing on that and staying humble around it has been a huge lesson.”