by Sabrina Forbes. “When you really want to create a global icon, you have to go to the Americas as well, so we are seeding the brand in the US, in California. Why [there]? Because [California] connects really well with the BOS way of living and its values.” So says the Spanish-born and Amsterdam-based Montse de Rojas, who became BOS Brands global marketing director in December 2018.

“What I really love is the mysticism around rooibos, because everybody feels that there is something medicinal and magical within rooibos, whether you like the taste or dislike it. I really like the idea of… making something big globally out of it,” she says.

Other than South Africa, where it launched in mid-2010, BOS has been in The Netherlands and France for three years and, just over a year ago, was launched in the “Golden State”. While the SA market is established and growing, De Rojas and her 15-strong global team are working to turn BOS into the single brand most closely associated with the geographically protected, truly South African export of rooibos (in 2015, TIME Magazine named it as one of the world’s Top 50 Superfoods).

De Rojas wants consumers to think BOS equals rooibos equals superfood and believes that, especially now with health becoming more and more important to people around the world, positioning the brand as a healthy but still delicious option is what’s going to stand it in good stead. Rather than it being treated as yet another FMCG brand, she also believes it should be treated as a lifestyle brand and that it has legs to become culturally relevant, and she’s been working hard to make this happen. Her plan is to show how this organic, natural and healthy product gives back, not only to your body but also to society. Since the first can of BOS was sold in 2010, the company has been planting one tree for every 2000 cans sold and, through growing all its rooibos organically here in SA, the brand indirectly employs another 100 people who do the farming. 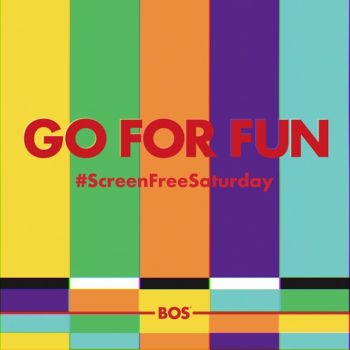 From the get go, BOS has put consciousness in everything it does and, for her, it doesn’t need to fix anything; it just needs to talk about it. Even new employees are asked about their feelings towards ethical practices to see if they are a fit. While this may be seen as naïve, she believes that, if every single brand were to be conceptualised this way, a better world would be created.

What’s fantastic for De Rojas is that she can finally play and be brave with what she does, and that the past nine months have been a positive change for her, “coming from the big multinational companies — where you have to be very measured in everything that you do in terms of reputation and impact because you have eyes everywhere looking at you — you cannot play and experiment as much as you can when you are a small, bold, confident brand.”

De Rojas drives her agencies — Girl About Town PR & Communication, VMLY&R South Africa (project) [VML SA to rebranded VMLY&R SA on 22 July 2019 — ed-at-large], and Workbench (in-store trade, when necessary) — to continuously experiment, believing that the BOS audience has given them the licence to explore and try new things. For her, if a product is launched and it doesn’t work, that’s better than not even trialing it. If people don’t like it, the team will simply do something else.

BOS’s most-recent marketing campaign is “Go For Fun”. It pushes for an inclusive and open message that says, no matter what you’re doing and where you are, you should choose to have fun and, in doing so, be reminded that BOS is a brand focused on bringing the fun back into everyday life.

“It’s such a universal thing, ‘go for fun’,” she says. “It doesn’t matter how. Going for fun could be going on a long trip or having a drink with a friend or going for a walk. It’s such an insightful, and universal truth and an invitation to everyone to just enjoy and embrace life that feels so close to what we want fun to be for people [without compromising one’s health]… Go and take it, we are looking after you.

“I feel that we are building an ethical, democratic brand and I love that. When I think about it, it’s been designed to be good, to be good for you, and to bring happiness, joy, and optimism in a healthy way that I think is unique and feels super-South African to me. I am falling in love with this country because you guys are such a melting pot, and people are happy, vibrant, expressive, outgoing, and healthy. I think it’s a real reflection of the SA society — very artistic but very contemporary —a different take on art [here] in SA than anywhere else in Africa. It’s very sophisticated, very cosmopolitan but very understated. It’s a beautiful country, it’s a beautiful brand and… they are so interlinked that… in the future, I really want people to associate BOS with South Africa,” she says.

“#AgencyFocus/#BrandFocus” is an ongoing weekly series updating the market on ad agency performance and brand, including innovation, initiatives, the work, awards, people and business performance.