#Campaigns: #Drink141 — the drink to drink between drinks

by MarkLives (@marklives) This time we feature insight into the brief, creative idea, production challenges and results of the 141 Responsible Drinking campaign for Pernod Ricard South Africa from Publicis Machine and TinToy Productions, which ran October 2018 to  February 2019.

What would convince the cool crowd to adopt a culture of consuming one bottle of water for every alcoholic drink while out on the town? A stylishly packaged water called 141, of course, to promote the idea of water as the “drink to drink between drinks”. Then you roll it out at key lifestyle events, where the right people pose with it because the coolness of the bottle is simply irresistible. This gets a lot of talk value and, suddenly, drinking water is not only acceptable but fashionable and trendy, too.

The team at Publicis Machine wanted to position client Pernod Ricard as a responsible alcohol distributor. The desire was to create a campaign that encourages people to drink responsibly — without using the usual advertising industry shock tactics.

Pernod Ricard, a leading liquor distributor in South Africa, is intent on “Bringing Good Times from a Good Place” — to create a more-convivial world, a world without excess. As the world’s leading premium spirits and champagne company, it provides brands of origin such as Jameson Irish whiskey, Ballantine’s, Chivas Regal and The Glenlivet in the Scotch whiskies portfolio; Absolut Vodka; Beefeater gin; Martell cognac; Red Heart rum; and G.H.Mumm and Perrier-Jouët champagne. Based in France, the company has 86 affiliate operations around the globe — adopting a consumer-centric approach to marketing and doing business in local markets. In SA, Pernod Ricard has been building brands and creating conviviality for 25+ years. As passionate hosts, the company brings people together, to connect, share and celebrate in the spirit of conviviality — believing, always, in the virtues of responsible consumption.

Pernod Ricard’s long-time communications agency and partner, Publicis Machine, was faced with the challenge of entrenching the brand’s positioning among its South African consumers and the business industry at large.

The result was a campaign that the agency believes makes a powerful statement of how big (liquor) brands can lead the way and make a massive impact in promoting responsible liquor consumption among the ‘party’ crowd.

For years, responsible drinking campaigns have taken the same approach, drumming the fear of death, disability, and detention into anyone who would listen. But what do you do when faced with a population which doesn’t scare easily? Headed up by Publicis Machine power team, group creative director Brendan Hoffmann and creative director PJ Eales, the agency set out to change this perception with the launch of the Pernod Ricard 141 campaign, which used the target audiences’ design-consciousness as a means of encouraging them to drink a bottle of water between every alcoholic drink — as in “1 bottle of water 4 every 1 drink”.

“Drinking water is a proven way to moderate alcohol consumption, especially if you drink water between alcoholic drinks. It is also proven to aid the body’s metabolism of alcohol, allowing party goers to enjoy themselves for longer,” says Gareth McPherson, Publicis Machine MD and chief creative officer.

“We knew from research that shock tactic advertising doesn’t work. We needed to find a solution that would — in a very positive way — motivate and assist people to drink responsibly while still having a good time. The result is a campaign for Pernod Ricard that not only struck a conversation-starting chord with its trendsetting target market but that also, for the first time, actually provided this ‘work-hard, play-hard’ audience with a solution that allowed them to enjoy a couple of drinks with their mates, without letting it get out of hand,” he explains. 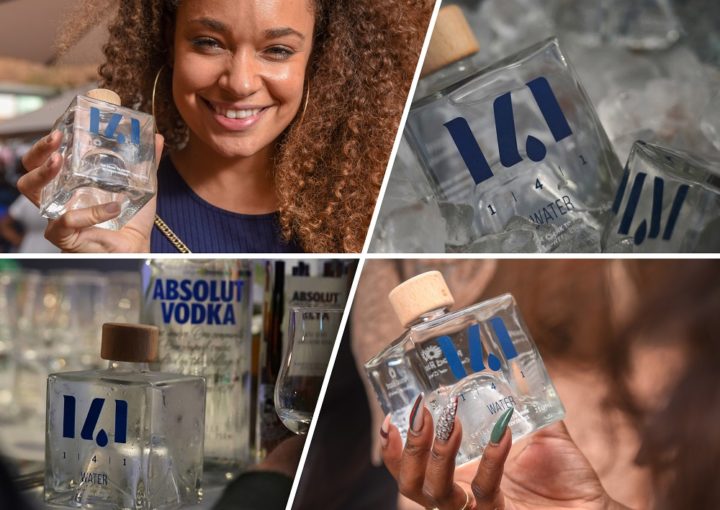 The agency created beautiful, single serving water bottles called 141. The name doubled as a call to action to drink one (1) water for (4) every one (1) alcoholic drink.

The campaign line used was “Drink 141 — The drink to drink between drinks” with the hashtag #Drink141.

The 141 bottles were served free at all Pernod Ricard brand events over the 2018–2019 festive season, as well as via popup bars at select events across the country. They were also hand-delivered to a group of highly relevant social influencers and celebrities, while the campaign was actively supported both above-the-line and digitally to ensure the message was spread as widely as possible.

The cornerstone of this campaign was the bottle itself, designed by Publicis Machine to appeal to the target audiences’ discerning eye for design. Looking more like an exotic vial of premium vodka than your basic bottle of water, it miraculously transformed the mundane act of drinking water into a social phenomenon — the “drink to drink between drinks”. Ten thousand bottles were produced and distributed at key Pernod Ricard events.

Popup bars were designed by the team and these were the 141 ‘stations’ at each event. They were designed with the stackable nature of the bottles in mind (their unique square shape) to conserve the amount of space needed to display them. These activations were manned by promoters who explained the initiative to consumers: what 141 is and how drinking water between drinks can help you pace yourself. 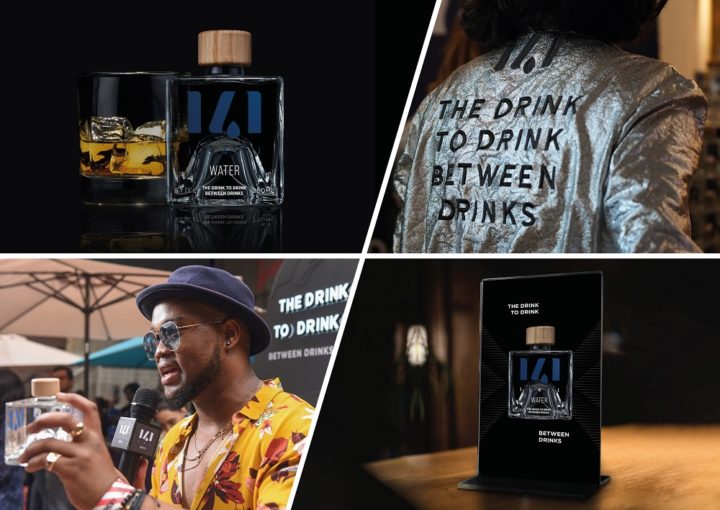 From origination to execution, the 141 Responsible Drinking campaign was a collaborative project, headed up by the Publicis Machine team and the brand teams at Pernod Ricard.

Says Paul Scanlon, Pernod Ricard SA MD, “People are at the heart of everything we do. As creators of conviviality, we are constantly looking at innovative ways in which our consumers can enjoy our premium brands in the company of friends and loved ones, in a responsible manner. We know people want to have fun but we also want to encourage them to be conscientious about balancing every drink with water.”

A finely engineered campaign was rolled out, leading up to and over the 2018–2019 festive season. 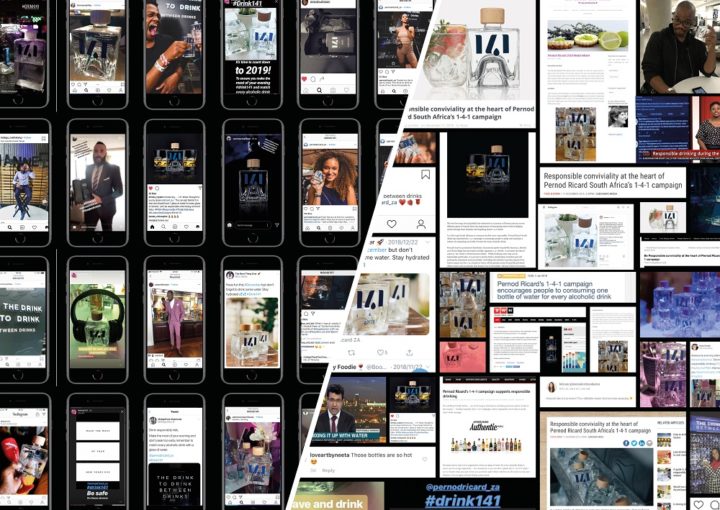 The results speak for themselves, with over 12 000 bottles of water consumed over the period, a reach of 44m, AVE of R1.3m achieved over a two-month period, and a massive 82% impact.