Is “goodvertising” here for good?

by Jeff Harvey (@JefferyMess) “Woke” ads are all the rage at creative award shows but, in an industry that celebrates originality, has this trend run its course? Does “goodvertising” really benefit the causes they promote, or merely the brands who partner with them?

Of the 27 Grand Prix winners from the 2019 Cannes Lions, 18 (and arguably a few more) focused on doing good or social awareness:

One the one hand, most of us want equal opportunities for women, life to be easier for the physically challenged, and the police to leave innocent people alone. On the other hand, many consumers are tired of being preached to. Does your frozen Hawaiian pizza really need to save the whales? If you’re constantly reminded of the social and environmental impact of every brand you use, I wouldn’t blame you for preferring a Tide ad that simply makes you laugh. At least it does what it says on the box. This seems to be a growing attitude among my advertising colleagues and consumers alike.

The key to doing it well is authenticity and relevance. Both the public and awards judges have become savvier, so successful brands now have no choice but to operate with integrity. With the rise of social media, there’s nowhere to hide. So, to remain authentic, many brands have to stick to their knitting and not claim to be more than they are. There’s no shame in simply making a decent toothbrush; it creates jobs and clean teeth are important. But brands with loftier ambitions will have to really prove they care. Words are cheap and principles aren’t principles until they cost you money. When Nike backed Colin Kaepernick, it wasn’t mere lip service; it actually stood for something — it sacrificed millions of loyal customers, some of whom even burned their Air Jordans. (Fortunately for Nike, by drawing a line in the sand, it gained millions of new fans and cemented the relationship with many existing customers.) When Gillette owned its contribution to toxic masculinity, many men were outraged and swore they’d never buy a Gillette razor again. Again, it was ballsy but paid off.

But picking a side and risking a hit in sales is not the only way to show you care. “Solvertising”, the more practical cousin of goodvertising, actually answers a real social or environmental problem through a practical solution. The numerous innovations for the physically challenged this year are examples of this. The unwritten rule of goodvertising is as long as you genuinely contribute, it’s okay to tell the world. Maybe conspicuous altruism is better than quiet charity if it inspires other brands to make this a better world.

Polarising as it may be, it’s also exciting that big brands are taking a stand. For so long, many brands have tried to create the least offensive advertising, resulting in vanilla work. These days, brands know that controversy gets clicks. If it’s done well, purpose-driven marketing is effective. John Seifert, Ogilvy Global worldwide chief executive, believes “[p]urpose and point-of-view are now almost table stakes, and a deep cultural connection to the brand, the audience, and their lives is a standard by which all brands must operate.”

The 2019 Cannes Lions Entertainment jury president, Scott Donaton, echoes that sentiment: “For brands going forward in entertainment, having values and expressing values is going to be the best way to connect with people.”

Advertising reflects society and popular culture. As we approach the 2020s, there’s a growing search for meaning, so it seems like cause-marketing will be with us for the long run. Acting ethically and contributing to a worthy cause should be celebrated, even revered, but “woke” alone isn’t an idea — advertisers still have to be original and entertaining, interesting or useful, but above all, authentic. Remember the Pepsi-Kendall Jenner train wreck? Stay real, my friends. 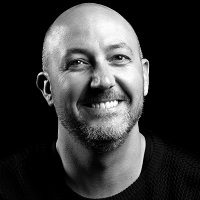 Jeff Harvey (@JefferyMess) is senior copywriter at Grey Africa, Johannesburg. Born in Durbs, raised in Joeys, and seasoned in adland, Jeff is a through-the-line copywriter who loves ideas and writing equally. Like two children. His work has been recognised with a Cannes Gold Lion, a D&AD Wooden Pencil, multiple Loeries of various colours, and several Ads of the Month. His Uber rider rating is 4.66.