An Accountant in Adland: The curious case of curiosity [S1 E4]

by Siwe Thusi (@Siwe_Thusi) From its associations with being a child-like quality to that of binge-watching non-fiction series and the creepiness of social media voyeurism, the true essence of curiosity is a need to know about all things unfamiliar, much like the Curious Case of Benjamin Button was about the need to know about the phenomena of aging backwards. And, when pondering what ties the worlds of accounting and strategy together, curiosity could be the answer.

The curious case of launching an album

I don’t know how I find myself in these situations but there I was, helping a hip-hop artist in the South African music industry launch their next project. How did the accountant fare? And the strategist?

Ok. Whoa! Where is the squad-deep vibe portrayed in the series, Empire? My curiosity about the glamourous innerworkings of the US music industry saw me devour all five seasons of it, but it definitely doesn’t set you up for the manual work and money required to launch an album. It’s even tougher if the artist is an independent one. But, whether it is the A&R department or the accountant in the back office, the thing that holds an album together is a really, really good project-management plan, packed with line items such as R150 000 for a visual content plan… R15 000 for a bookings agent… and studio time and, and, and.

There is a lot that goes into masterminding an album launch, but what makes things come alive, is how the numbers curiously stack up to promote the art.

The album-launch journey is one of constantly searching the best ways to launch. Strategies vary from all-day live concerts on radio to sponsored exclusive release parties and national album tours. They are designed to not only launch the new product but to reconnect artists with fans and endear them to a new audience. Beyoncé a few years ago launched direct to her fans using social media platforms, as opposed to going through the usual channels. This had tremendous impact, and changed the way that the artist brand engages.

While borrowing ideas from other markets can be a good thing, it is critical that the strategy makes sense locally.

The curious case of pitching

Pitch season is in full swing in most agencies. The race to the new business finish line is peppered with the science of a pitch.

“Pitch fee of at least R50 000 (fifty thousand rand), excluding VAT (R7000), is to be paid to each unsuccessful agency when agencies are briefed to provide strategic and/or creative work,” wrote Odette van der Haar, former ACA CEO, in her Motive article on MarkLives in June 2016. Given the people power needed to pull off a pitch and that the time taken to prepare is ‘stolen’ from other responsibilities, this seems disproportionate. Or, as she put it: “Clients invite more than five agencies to participate in their tender and pitch process — which is excessive, indulgent and often to the detriment and demise of smaller agencies because of the costs involved.”

I started watching an American series called The Pitch. In each episode, two agencies go head-to-head to land the new business. Of course, the drama and spice of the episodes come from the agencies sizing each other up on Game Day, in ways only North Americans can. But, episode after episode, I was curious as to why a sliding scale doesn’t exist for competing agencies. Because, if the premise is the unfairness to smaller agencies, then surely that means bigger agencies need to be operating like little-big agencies, which isn’t what happens in reality.

In most cases, it takes the whole 300-strong agency to bring home the business. In the research I’ve read about the pitch process, nowhere does it say that X amount of people can be on a pitch team. So, how exactly do we strategically pitch and make that pitch fee worth it in the end, even if we are unsuccessful?

“It’s an artificial process with an artificial timeline,” said Deb Giampoli, a former global director of agency relations for Kraft Foods and Mondelēz. This implies that the potential compensation for unsuccessful agencies is also artificial.

Perhaps the solution is in going back to the pitching board to be curious and realistic enough about the inner workings of what it takes to land new business, and then being able to quantify qualify them. But that’s a whole other Cannes of words! 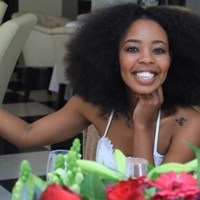 Siwelile Thusi (@Siwe_Thusi) is a qualified South African chartered-accountant-turned-creative-strategist at FCB Africa and a working photographer. Since mid-2015, she’s been in strategic planning, working on some of South Africa’s big brands in different categories and industries in the ATL space. She contributes the monthly column “An Accountant in Adland” — exploring where, when and how the two ‘disciplines’ overlap… and why they should! — to MarkLives.com.