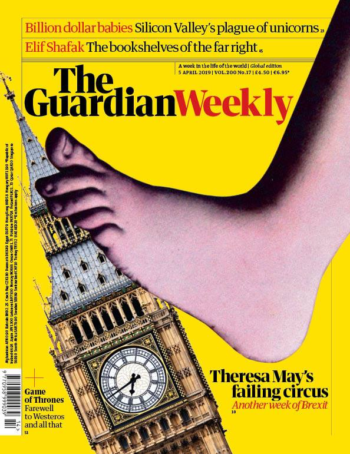 Appropriating from the surreal brand of British comedy that is Monty Python’s Flying Circus, this week’s edition of The Guardian Weekly makes a satirical statement about Theresa May’s “failing circus”. Unpacking one of the craziest weeks in British history, where the prime minister announced that she would eventually resign if her Brexit deal is passed in parliament, only to have attention drawn away from her by MPs who held their own vote for different solutions to Brexit. After their voices fell on deaf ears, the prime minister once again proposed the same withdrawal deal for the third time in the House of Commons, only to be met with the same failed result. Then, MPs voted again on four new options, only to be met with more failed results. The prime minister then desperately tried to appeal to her opposition, Jeremy Corbyn, the leader of the British Labour Party, to hold talks to resolve their deadlock in order to meet the new deadline, after the old deadline, before the final, final, final deadline from the European Union. The makings of a classic Monty Python skit, if ever there were one. 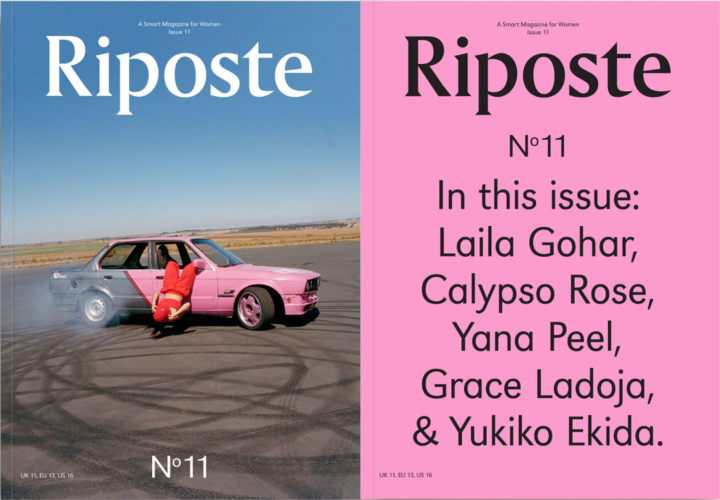 In many ways, contemporary life (dominated as it is by social media) lacks a consciousness and seems increasingly void of any kind of enlightenment. Driven only by those elements considered ‘popular’ or ‘trending’, fuelled by marketing people and influencers — who’re all partaking in mass-manipulation and a collective herding of human beings on a global scale — one would be forgiven for thinking that we’re entering into a modern dark age; the only difference is that we have technology today. Our media seems to have a devolving influence on us and people don’t seem to be awake; there’s no enlightenment at present. It’s all the same, bleached out and indifferent.

In a world directed by formulaic strategies and virulent, drone-like consumerism, Riposte is a magazine that seems to swim against the current. Providing reportage on issues of femininity from many different angles, Riposte attempts to understand who w -are in the world today, asking deeper, more-burgeoning questions — hence the publication’s strapline: “a smart magazine for women.” Consciously lacking a clear theme, issue #11 profiles curious, expressive, and defiant women who ask bigger questions that challenge us to demand more from this world than liking sausage-leg Instagram posts. Telling layered stories about darkness and rage, passion and ambition, the experience of each woman is uncorrupted and raw. A noteworthy addition to this issue is South African car-spinning queen, Stacey-Lee May, who defies all stereotypes while burning rubber, ripping through tarmac and paving the way for others to follow as a law student at the University of South Africa (UNISA). 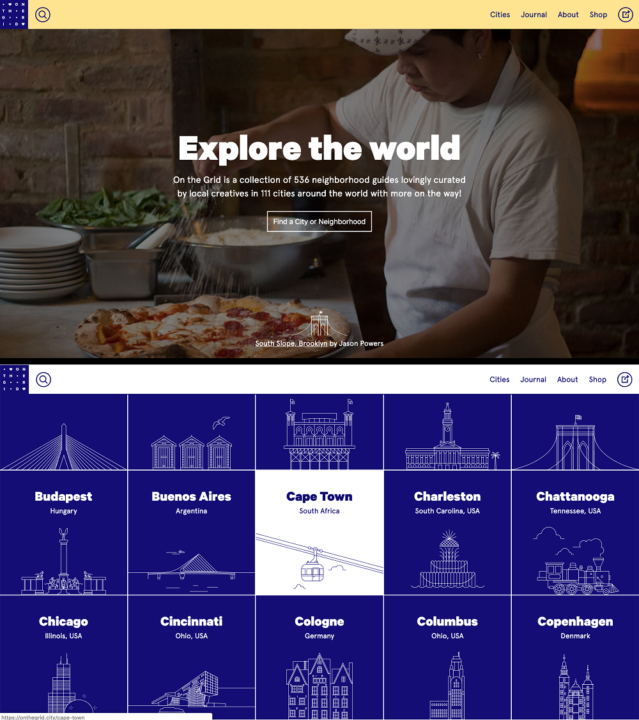 Not your average tourist guide, On The Grid (OTG) makes a point to avoid popular places to purchase kitsch souvenirs and doesn’t promote gentrified guided tours that visit the most-obvious tourist attractions. Designed to appeal to designers, OTG is produced by Hyperakt, a New York-based design studio devoted to creating unique experiences that help to shape a more-equitable and -creative future. OTG is a worldwide collaborative effort, curated by various designers across the globe, and is meant to be a go-to guide made for nomadic, city-dwelling creatives who need local knowledge, on the ground, making it a reliable guide to the bustling creative places and spaces anywhere on earth. In essence, a designer’s neighbourhood guide, 536 neighbourhoods are already listed on OTG, pieced together by hundreds of contributions from local creatives in 111 cities, all sharing insider knowledge about their area. Much like the experience of the overall site, the guides seem to be very well-considered, with insightful recommendations that will likely help to disguise you as a local. OTG’s network is still growing and new areas are added regularly, with Cape Town being the only South African city listed. OTG has an open call for proposals, submissions and contributions and, with so much on offer, Johannesburg, Durban, et al, where are you? 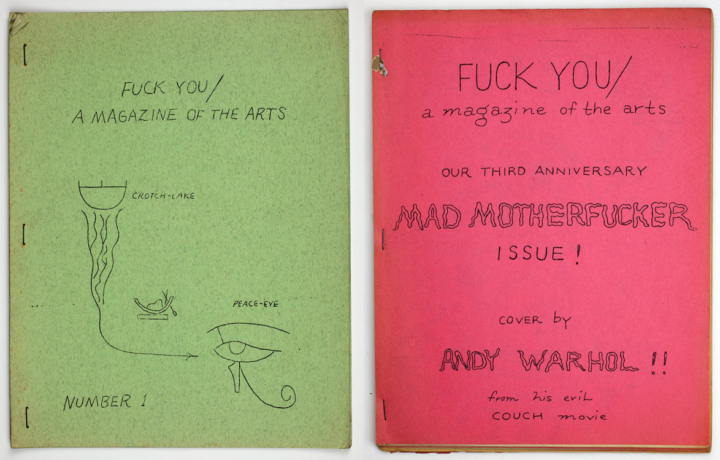 Fuck You (FY) was one of the most influential underground publications of the early ’60s. Edited by Ed Sanders (an American writer, activist, publisher, and singer-songwriter for the band, The Fugs), FY was a literary journal that advocated freedom of expression by defying taboos surrounding sexuality and the use of illegal substances. Based in the Lower East Side, at an undisclosed location, using the strapline “a magazine for the arts”, FY arguably pioneered the practice of free sex and use of psychedelic drugs well before the vanguard of hippie counterculture caught on to the fad during the late ’60s. In essence, FY was a cultural conduit, connecting the ’50s beat generation with ’60s hippie counterculture, effectively passing the baton from one movement to the next.

As its name suggests, the journal was provocative, to say the least. Initially focused on poetry, it eventually evolved to include other literary forms. Illustrated with crude drawings by Sanders for every issue, the magazine had some incredibly noteworthy contributors, including Andy Warhol, Allen Ginsberg, and William Burroughs to name a few. Sanders published 13 issues of FY from 1962 to 1965. The first issue’s mission statement speaks volumes about the nature of the publication, stating verbatim: “Dedicated to Pacifism, Unilateral Disarmament, National Defense thru Nonviolent Resistence, Multilateral Indiscriminate Apertural Conjugation, Anarchism, World Federalism, Civil Disobedience, Obstructers & Submarine Boarders, and All Those Groped by J. Edgar Hoover in the Silent Halls of Congress.” Interestingly, FY is often referred to as the “mimeo revolution publication”, because it was printed with the use of a mimeograph (a stencil duplicator printed on coarse, coloured sugar paper).

FY closed its doors due to its perceived obscene content, and Sanders was charged after his Peace Eye Bookstore was raided by police in 1966. FU’s demise proved how influential it was, after Life magazine called Sanders “a leader of New York’s Other Culture” on the cover of the February 1967 issue.