Opinion: Lessons from Lush — why quitting social is a terrible idea

by Craig Wight. Earlier this month, UK-based cosmetics company, Lush, announced that it was quitting social media. While the reasons it gave for doing so — that it was “tired of fighting with algorithms” and didn’t want to “pay to appear” in newsfeeds — will be familiar to anyone who’s ever run a corporate social media account, they simply don’t warrant such drastic action, in my opinion. In fact, in doing so, Lush risks a slide into obscurity and irrelevance.

Increasingly, social media is making it harder and harder for us to talk to each other directly. We are tired of fighting with algorithms, and we do not want to pay to appear in your newsfeed. pic.twitter.com/nJUzG0lham

In the statement announcing its decision to quit social media, ironically posted on Twitter, LushUK revealed that it would be abandoning its Twitter (202 000 followers), Instagram (569 000 followers), and Facebook (423 000 likes) platforms, as well as an array of sub-brands. It also stated that it was intent on “cutting out the middleman between ourselves and the Lush community”. Somewhat bizarrely, the cosmetics giant suggested that anyone wanting to communicate with it could do so using a hashtag.

“We don’t want to limit ourselves to holding conversations in one place, we want social to be placed back in the hands of our communities — from our founders to our friends,” it said in a statement.

Some have suggested that this may see Lush make greater use of influencers. The thing is, consumers are wising up to this and realise that big-brand influencers are paid to influence. This has, in turn, resulted in influencer platforms turning to nano-influencers with smaller niche-based followings. Even ignoring those kinds of issues, an influencer campaign is never going to be the main driver for leads or brand awareness. It might be a useful element in a bigger digital campaign strategy but great creative content and personalisation are what really drive performance.

And before quitting social media, Lush had that in spades.

While Lush isn’t the first company to quit social (UK pub chain Wetherspoons did so last year), it’s the most high profile to do so. As the size of Lush’s following shows, it’s also giving up more than almost any other company by quitting social media. The beautiful thing about social media is that it’s always growing, both in terms of audience size and the number of brands available to use. So, to take yourself off channels where the user base is continually increasing, and where people are spending more time on the channels available to them, makes no sense from a brand point of view.

The rule of media has always been the matrix of reach, time, frequency and impact — and social media ticks all of those boxes. That Lush has attracted such a huge following is a testament to the colourful handmade soaps, bath bombs, and other body products it produces being a natural fit for social media. To give up on content which people clearly want to see and engage with suggests a major misreading of its audience.

To do so out of frustration with algorithms suggests a failure to understand that all forms of digital marketing, including search, PPC, and display, are contingent on algorithms.

Moreover, the belief that it should be able to appear in people’s newsfeeds without paying is misguided. While Lush claims that it owes much of its success to it not paying for advertising, that’s questionable. It’s obvious to anyone who’s walked past one of its storefronts and displays that it spends a lot of money on them; in other words, it invests in being visible in high-traffic areas. Given how busy most people’s newsfeeds are, doesn’t spending a little for online visibility follow the same principle?

Perhaps, most worryingly, Lush’s decision robs it of the ability to control the message around its brand. While individual stores will be allowed to keep their accounts, they simply cannot speak with authority to the positions of the brand as a whole. Concerns about a middleman between you and your community are one thing; abandoning those communities is a completely different kettle of fish. In doing so, Lush is giving up the ability to call on its grassroots base to support the campaigns it believes are meaningful.

Will it get the same kind of support by engaging with its customers by email and web-chat? Maybe, but it’s unlikely. For a brand which creates beautiful products and which otherwise has a business ethos in line with the zeitgeist, it feels Lush is absolving itself of responsibility. When that happens, someone else will be waiting, happy to step into the space left behind.

Knowing that, what action should any brand dealing with same frustrations as Lush take? Ultimately, as with any media or digital plan, a balanced well-structured approach that makes use of the relevant data always wins. 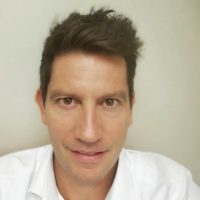 Craig Wight is head of digital growth at Hoorah Digital. He has over 20 years’ experience building brands, having started and sold Graffiti before on to head up Primedia Unlimited in the Middle East for seven years. On the digital front, he was also sales director at Popimedia. He has a passion for social media and driving performance across all digital channels, using creative content and data to work together in unison.