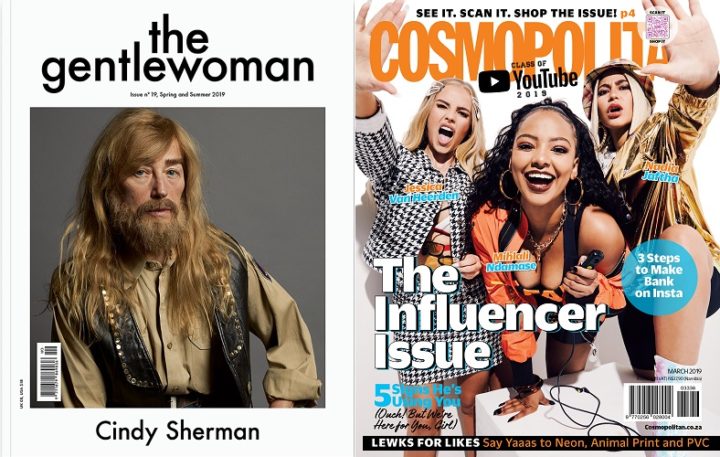 American conceptual artist, photographer, film director, and feminist, Cindy Sherman, graces the cover for issue #19 of The Gentlewoman. Known for her conceptual portraits, ‘proto-selfies’ if you will, which predate the notion of “the influencer” by at least 30 years, Sherman’s most-popular series is hands-down “Complete Untitled Film Stills,” comprising 70 posed, scripted, and choreographed grayscale photographs meant to subvert various female architypes that have been constructed by the media. With a thought-provoking cover portrait of Sherman (interestingly, “she”-“her”-“he”-“man” are all in that name) taken by Inez & Vinoodh, this issue showcases the process that this iconic American artist uses in order to transform into the various stereotypes that she portrays.

In stark contrast, Cosmopolitan SA takes the notion of the influencer to a superficial echelon, in the most-literal fashion, providing readers with nothing less than pure, empty image. Looking more like a clone of Seventeen magazine, one would be forgiven for being reminded of the controversial Netflix documentary “Fyre: The Greatest Party That Never Happened”, and the lessons that should have been learned from that spectacle of society, which was almost exclusively seeded by influencers and totally detached from reality (and hyperreality). The consumption of culture at work. 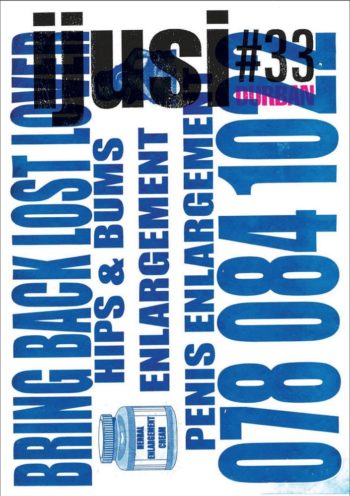 Durban is a prolific, eclectic, highly understated and eccentric city, and it remains largely under the radar, particularly in the context of creativity. Durban’s idiosyncrasy and charm lies in that it has no clear direction or identity; it remains, in many ways, naïve and raw.

The latest edition of iJusi, issue #33, is themed “Durban — a sideways look at the city we call home”, and it contains some pretty strange stuff. Focusing on iJusi’s hometown, this issue features the new, the old, and the future of “the warmest place to be” (quoted from a Google search for Durban). All things bizarre and extraordinary about Durban are featured in this issue, mostly taken from a selection of Durban oddities and scenes collected by South African graphic designer extraordinaire, Garth Walker, over the years. 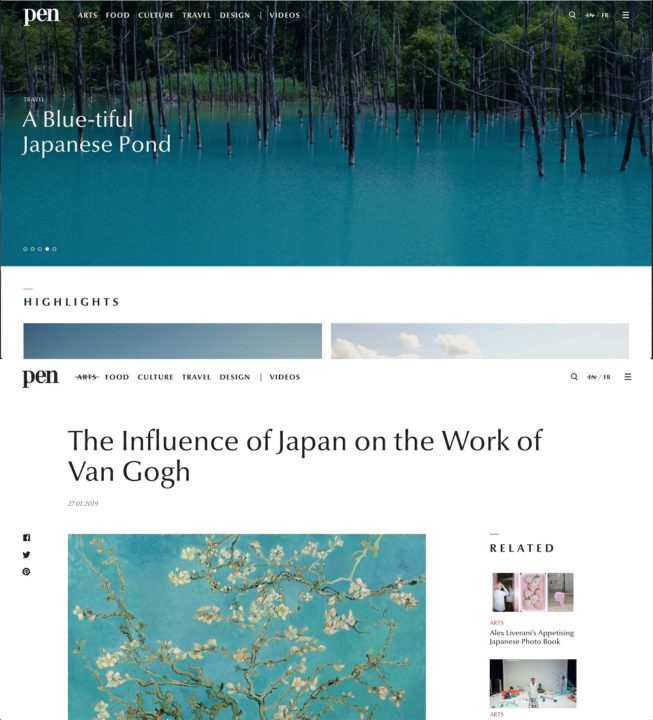 Based in Tokyo, Pen Magazine International (PMI) is an online lifestyle and culture site that tells stories about the creative world inspired by contemporary Japan, a country steeped in cultural heritage and almost spiritual levels of creative output. Following its strapline, “creative stories for creative minds”, PMI focuses largely on art, design, food and travel.

PMI is a branch of Pen, which is an established, high-quality, print publication in Japan. Its name implies the art of penmanship, a discipline that seems to be losing traction in a world dominated by digital media and screen-based forms of communication.

Most creative people would tell you that the process of making begins when one puts pen to paper. Great concepts and compelling stories aren’t born from staring at a screen and expecting the software to do all the heavy-lifting for you. The tool shouldn’t dominate the message. Those who don’t agree with this statement should take some time to understand their responsibility as designers, artists, writers, and the like, and realise that they may be held accountable in some way for accelerating the consumption of culture, rather than be actively involved in the production of it.

It’s this perspective that makes PMI so pertinent, disseminating any relevant form of culture production and showing that the proverbial pen still holds real power, despite all the deviations, distractions, temptations, and imposters that new media and technologies today allow into the fray. This simple, easy-to-navigate site, thanks to some very tactful and inventive layout options, succinctly showcases those individuals who create fresh perspectives with new media and technologies while maintaining and being knowledgeable about older, more-traditional ways of seeing. Particularly, when it comes to hands-on creativity, where there is a marriage of craft and concept, recalling John Ruskin and William Morris’s writing about the qualities of the maker, whose labour is their passion and fulfilment. No drones sitting in front of screens asking the machine to be creative here. 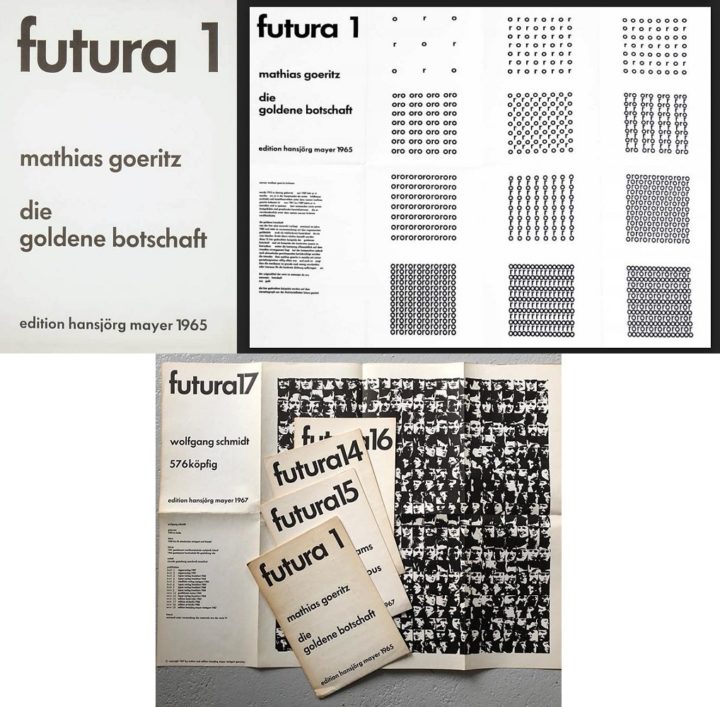 German printer and publisher, Hansjörg Mayer, was infamous for his craft-focused, experimental publications, particularly in the context of typography. He was a prominent advocate of concrete poetry from the ’60s onwards. One of his more-noteworthy editorial endeavours was a magazine called Futura, which was focused on obscure, avant-garde concrete poetry from 1965 to 1968.

Futura was a series of conceptual broadsides published in a set of 26 issues, analogous to the number of characters in the modern Latin alphabet. The publication was named after the infamous sans-serif typeface, Futura, which was designed by Paul Renner, Edwin W Shaar, and Tommy Thompson in 1927, and remains in popular use today. Each issue could unfold, was set in Futura and dedicated to one artist per edition, who was forced to work within the restrictions of the foldable broadside format. Other than the physical constraint caused by the limitations of the format, each artist was given free rein and full creative licence. Contributors tended to be key figures from the various post-war avant-garde and conceptual art movements, often crossing international borders and treading into unnegotiated territory between different factions within the underground of the world of poetry, including Fluxus and other Neo-Dada happenings.