A number of magazines have been published during the past few weeks that make valuable contributions to the ever-growing collection of Donald Trump covers featured in Media Design. All of them are critical, and shed light on his US presidency from varying perspectives.

Themed “Toneshift — The Year of Living Dangerously”, followed by the subtext “The Metameme Insurrection”, the cover to the latest issue of AdBusters arguably has the most-contentious visual presentation: picturing Trump in a compromising position, being hit in the face by a pie. Being the culture-jamming platform that it is, AdBusters tends to take the notion of poetic licence to the nth degree. The “Metameme Insurrection” here is an overt way to describe the negative influence that marketing has had on us as human beings, squarely blaming it on global socioeconomic and politico-historical crisis, with the west perceivably veering towards fascism as the status quo. In a world increasingly influenced by ill-informed influencers influencing ever-more ill-informed consumers, AdBusters tries to appeal to the current generation to become “maverick bullshit-detectors”.

Alternatively, Newsweek sets its own perspective about Trump on the furthest possible end of the spectrum to that of AdBusters: polar opposites, yet somehow allied in their defiance of Trump. Riffing-off age-old comic speech bubbles, this issue of Newsweek points out the spectacle that is the Trump brand, with the president surrounded by a cloud of his own bogus propaganda and baseless rhetoric — the ultimate influencer.

The fifth issue of the rebooted MAD Magazine issue takes the comical approach to the next level, picturing Trump as a B-grade horror-movie villain, Godzilla-style, stopping traffic with his iconic, oversized red tie, looking weathered with all his clothes torn apart, and exposing a classy t-shirt sunburn on his arm (implying his support base). Attacked from all sides, he still stands defiant, with his infamous hairstyle slightly affected and his pouted facial expression, plus stereotypical political hand gestures to boot. This issue was not initially caught on the Media Design radar when it was first published, as it is based on the closing of 2018, looking back at the 20 Dumbest people, events, et al, of the year.

Contextually, when placed next these covers, the narrative sadly remains all too clear, yet people simply can’t see. 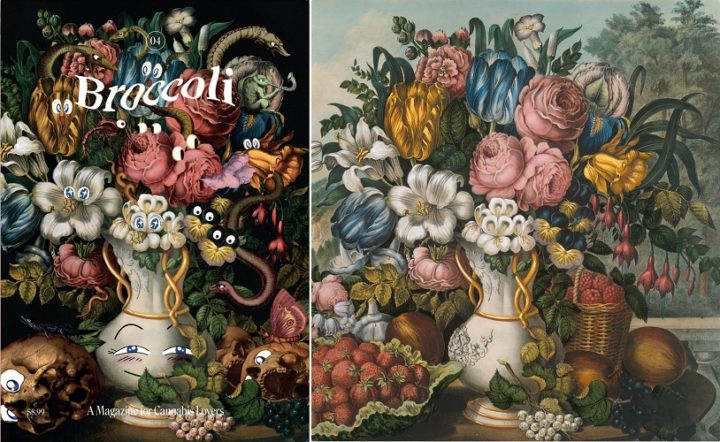 Most magazines about pot have been pretty crass and unrefined, which has, for the most part, negatively impacted the weed brand and supported the stigma that surrounds the act of smoking cannabis. Since its humble beginnings, Broccoli has tried to reshape perceptions and attempted to portray weed culture in a more-sophisticated light. The result: Broccoli is the Kinfolk for women who have an appreciation for weed. Being a magazine for cannabis lovers, one would be forgiven for interpreting the cover image for issue #4 in a certain manner, in which artist, Adrienne Kammerer (whose portfolio website bio simply states, “pls buy my drawings and prints”), has appropriated an 1896 painting by Frances Flora Bond Palmer. A little mental, in a good way, this eccentric publication is produced by an editorial team of proud and ambitious weed-smoking women. Their aim? To rebrand cannabis — make it more chic, ambitious, and sophisticated — and break away from its historic ‘stoner’ stereotype. Super-fresh, early-morning stuff this is, defining a category. 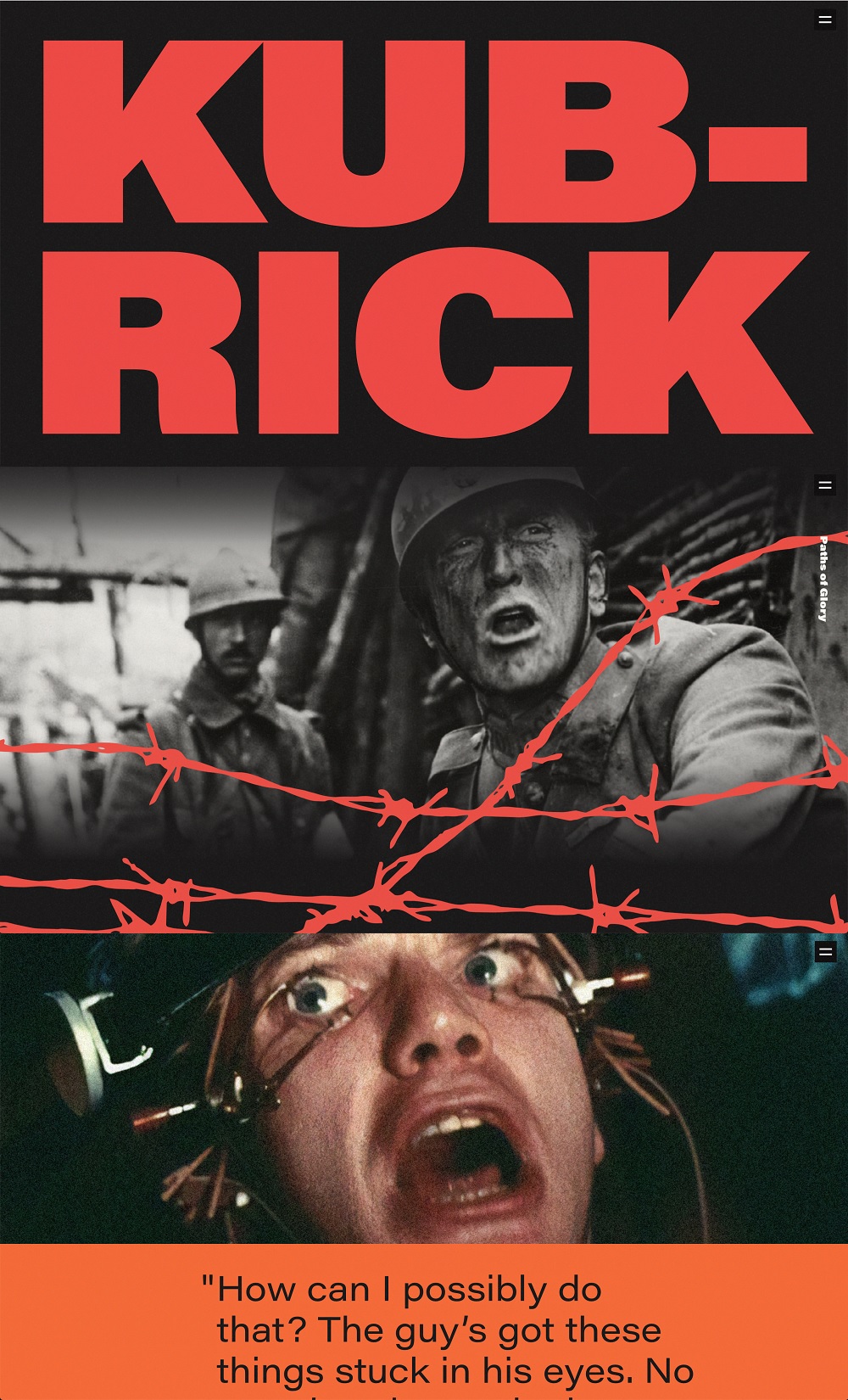 Stanley Kubrick is often acknowledged as one of the most-influential film directors in history. An online homage to the legendary American film director, screenwriter, and producer, “Stanley Kubrick — Work and Life” is a well-crafted ode delivered with sheer class and didactic finesse by Tubik Studio.

In honour of Kubrick’s 90th birthday (he was born on 27 July 1928), which would have been last year July, this site seems to be getting more attention around the 20th anniversary of Kubrick’s death, 7 March 1999.

Well-designed, with dynamic spreads, great animated transitions and rich interactive elements, the site offers palatable and manageable amounts of information for a younger audience to become more familiar with Kubrick’s canon and legacy. The site is an extremely accessible account of all his pioneering and highly influential films, allowing for an entirely new generation to appreciate his work. 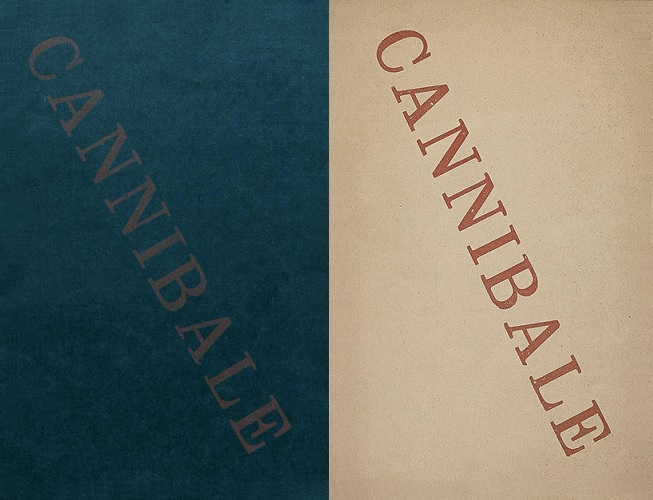 Published in March and July of 1920, Cannibale was a two-part journal edited and designed by Francis Picabia, an influential artist and poet mentioned previously in Media Design for his association with Blind Man, 291, and 391. Cannibale was produced in the months between issues #12 and #13 of 391, and was yet another effort on Picabia’s behalf to create an international journal that could effectively broadcast the somewhat-obscure tendencies of the dadaists, which could be seen as form of proto-culture-jamming, especially when compared to a contemporary magazine such as AdBusters mentioned above.

As opposed to culture consumption, which destroys culture, culture-jamming seeds the everchanging and fluid production of culture by continuing the pendulum swing between mainstream and underground tendencies. Cannibale did exactly this, simply by opposing commerciality, conventionality, and, for lack of a better term, ‘bourgeois civility’. Today, very little may be more bourgeois than a person (consumer) being influenced by an influencer taking a selfie on Instagram. There is absolutely nothing revolutionary or cultural about it. It was this dada spirit of provocation that made it an international phenomenon, evolving onwards to set the foundation for other avant-garde platforms, including a number of revolutionary movements during the ’60s, such as fluxus, and punk in the late ’70s. The dadaists were enlightened, informed, and aware, and Cannibale is proof of this, as a collection of theories, philosophies, and other literature from various dada exponents in Paris, including Louis Aragon, André Breton (leader of the surrealist movement), Tristan Tzara (the self-proclaimed founder of dada), Marcel Duchamp (arguably the ‘father’ of conceptual thinking) and Paul Éluard, to name a few.