Stan Lee & Spike Lee — the power of nuance in narrative

by Ismail Jooma. The term “storytelling” is an overtraded term in adland; “amplify the brand story” tends to be an obligatory addition to what is often a verbose checklist. This usually leads to the introduction of another well-worn adlandism: “insight”. This all-pervasive word has come to encapsulate the crux of whatever existential crisis clients believe our consumers might be facing.

The challenge with the ethereal nature of insight within the context of communication strategy is that it’s not commonly understood between clients, agency partners and strategists, making it easy for the brand stories we tell to be wrapped in prosaic observations masquerading as relevance. The best strategists are those who’re able to identify and then translate an insight into a narrative that’s not only relevant to the consumer but, more to the point, imbue that narrative with nuance.

Two such strategists are Stan Lee and Spike Lee who, apart from sharing a surname — and having them confused, albeit briefly, by a New Zealand newspaper’s 2018 obituary of Stan Lee — couldn’t be more different.

Stan Lee, born in 1922, was a white Jewish comic-book writer, editor, publisher and producer who lead the creative development at Marvel Comics for over two decades. Spike Lee, born in 1957, is an African-American writer, director, producer and actor who, from behind the camera, almost single-handedly disrupted the nature of sexual politics and the historic portrayal of African Americans in Hollywood.

One wrote stories about imaginary figures with made-up powers — superheroes — while the other tells American dark truths about real people dealing with the often-harsh reality of everyday life. What unites them is their commitment to crafting narratives that delve deeper into the human experience, going beyond the one-dimensional character portrayals prevalent within the industries they disrupted.

Stan Lee’s greatest contribution to modern culture wasn’t just the superheroes he helped create; it was how these creations were a way to provide commentary on social issues reflecting the moral dilemmas of society. His characters, such as the X-Men and Black Panther, were champions of equality who started out as a civil-rights metaphor but, in modern society, can just as easily be transposed to reflect equality issues within the LGBTQ community and the Black Lives Matter movement.

In an era of rising Islamophobia, Lee’s Marvel Comics created Kamala Khan, a Pakistani-American teen from Jersey City who breaks the stereotype of the repressed Muslim woman and headlines her own series as Ms Marvel. Marvel’s statement at the inception of this new hero further emphasised its commitment to telling more meaningful stories: “As much as Islam is a part of Kamala’s identity, this book isn’t preaching about religion or the Islamic faith in particular. It’s about what happens when you struggle with the labels imposed on you, and how that forms your sense of self.”

She’s Gotta Have It

Spike Lee’s foray into filmmaking launched his career in 1986 with the movie, She’s Gotta Have It, in which the black female protagonist can’t decide on the type of man she wants to date and so resolves to date three at the same time. The movie is widely acknowledged as giving women, and especially black women, a voice, and permission to be sexual beings without having to fit in to the traditional patriarchal narrative. The storyline remains relevant today, with Netflix having turned it into a 10-part series in 2017 and officially renewing it for a second season a year ago.

Over his 30+ year career, Spike Lee has tackled controversial issues such as urban violence, most notably in his seminal film, Do the Right Thing, which unpacks the layered tensions that unfold in a multicultural neighbourhood built on a legacy of social injustice; identity politics, through the vulnerable depiction of the historically misunderstood Malcom X; and racism, most recently in BlackKklansman, hailed for bringing wit and optimism to a difficult subject matter.

Both Lees shared a passion and a purpose to reframe the world, they gave agency to the disenfranchised through their stories and characters and, more often than not, pre-empted the cultural zeitgeist of the time by shedding light on the overlooked human element within the details of everyday life.

In an age of optimised demographic targeting and ever-increasing audience data, marketers need to hone this art of telling nuanced narratives in order for our brand stories to intersect where effectiveness and relevance meet. And, based on last week’s Oscars, where BlackKklansman walked away with best adapted screenplay and Black Panther with original score, production design and costume design, the two Lees continue to show that nuance in narrative is what matters most.

Top five lessons to be learnt from the Lees

1. It’s not about budget

She’s Gotta Have It went on to gross over US$7 000 000 at the box office, despite being shot in twelve days on a budget of US$175 000. Its success was due to its relevance of subject material and its audience, who up until then had never seen anything like it before. The movie not only broke the mould about female sexuality; it also showed America and the world that the black experience wasn’t just about slavery, racism and societal inequality.

2. Take a stand and relate it to your audience

Superhero creators have a proud history of being political. Captain America punched Hitler in the face before the US even entered the war. Black Panther was the first superhero of African descent and Jewish immigrants created Superman, a refugee. And, while other comic publishers of superhuman heroes emphasised the super, Stan Lee opted rather to focus on the human.

3. Learn from your mistakes

When Spike Lee released She’s Gotta Have it, some of the criticism of the movie came from the fact that Lee, a man, was writing from the point of view of Nola, a woman. One scene, a gratuitous rape scene, specifically received a lot of backlash, something that Lee addressed when he remade the Netflix series. He enlisted no less than five female writers from different walks of life, including a Pulitzer-Prize winner, his sister, wife and daughter, to bring an extra layer of authenticity to the work.

4. Collaborate and give credit where it is due

While Stan Lee’s contribution to popular culture has been immense, a blemish on his legacy is that co-creators such as Jack Kirby and Steve Ditko didn’t share in the commercial success of their work as a result of not being adequately credited for their contribution.

5. Inspire your audience to connect with each other

Perhaps, most crucially, we need to inspire people to connect with others. It’s no longer enough to talk about your brand; what matters more is that we create content and experiences worthy of being shared by our audience. Both Lees created characters and stories that inspired, entertained and, ultimately, gave a voice that extends beyond a cult following. 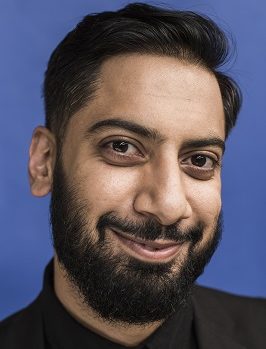 Ismail Jooma is a student of culture and creativity with a background in visual communication. He heads up strategy at VML South Africa and advocates for insight-driven work that creates cultural impact.