Side hustles… You won’t believe what happens next!

A creative (or anyone, for that matter) will have an idea. Tiny, trivial, and often in no way, shape or form relevant to your agency or any client. And every now and then, the idea will start to grow. It will multiply and metastasise. God forbid, it will lead to one of your creatives developing a full-blown, stage-four side hustle!

Let me Google it for you

A side hustle may be a passion project, general interest or hobby pursued by someone who’s already fully employed. It may be a thing they dedicate their free time to, hoping it’ll kickstart their career in a field that, perhaps, they’re more interested in.

Or it may be autotelic. That’s just a fancy way of saying it’s not eg for financial gain but rather to gain experience or fulfilment. It’s when the mere act of doing something becomes the reward for doing it.

The issue of passion projects and side hustles is actually more divisive than many realise. Some agencies fear it could be a distraction that may lead to reduced productivity or creative target blindness. Essentially, the thinking here is that your employees have a finite amount of creative energy, and they’ll waste it on ideas that you’re unable to bill for.

Alternatively, there’s the view that it’s a great way to boost creativity, fulfilment motivation, and morale.

Ad agencies employee creatives to do one thing: create branded communication. But, when you think about it, that’s actually quite strange. It’s like an oil company that believes all it can make from crude oil is 95 unleaded petrol and nothing else. No wax for children’s crayons or birthday candles. No vinyl for LPs, nor any acrylic for fine-art paintings.

If you think of creativity as a crude natural resource, it begs the question: are you using it to make only the product that pays most of the bills (ads and branded communication) but missing an opportunity to create some of its most-wonderful and -rewarding by-products?

If you can create an environment where all ideas are celebrated and nourished — whether they’re applicable to the brief that’s on your desk or not — your agency will foster mutual respect through the acknowledgement of good ideas, boosting the morale and confidence of your workforce. Your agency will be a place where creatives feel rewarded beyond their pay cheques.

Factor in that clients are increasingly looking for new and engaging products (not just the same old 95 unleaded) and that ad award shows now reward everything from games to music videos, supporting the out-of-scope projects of your team can help turn those creative by-products into meaningful contributions for your business.

Hiring new talent for a specific skill set vs training existing talent to fulfil the same task is an age-old question. But, depending on the sector, research and studies have shown time and again that it’s better and more cost-effective to retain and train through motivation and development.

But now add the word “self” to that equation: It’s more cost-effective to retain and train through self-motivation and self-development.

It’s a simple human truth that being motivated by our own desires and internal ambitions for our future is far more powerful than being told what to do. So, if you have creatives who are already spending their free time editing videos or composing music, you have an opportunity to proactively approach them and help train them in that field.

Not only will they love you for it, the next time they are in an edit suite or working with a composer for one of your clients, they’ll have a far better understanding of the craft, and the work they do will be that much better. In addition, it’ll fast-track a creative’s development of commitment, responsibility, accountability, time management, craft, networking, self-motivation, refining their strengths and overcoming weaknesses, helping them reach ‘creative maturity’.

There are many schools of thought on what best motivates creatives. Some say it isn’t money but rather a cool Google-style office with an all-you-can-eat, Michelin-Star-worthy cafeteria, Coke fountains, hoverboards, and flexi-hours.

There’s one thing, however, that’s more important to creatives than any of that: feeling recognised by having their ideas recognised.

My personal passion is film. Over the past few years, the agency I worked at allowed me to write and direct two short films, go to film festivals, and eventually branch out into content for their clients. In other words, I got what I really wanted, and it gained a skillset that made business sense. Win-win.

Agencies have an opportunity to create a viable structure that incentivises employees by rewarding them with time to work on their own projects. What if you support them with sharing and feedback sessions from their peers? Or what if you pinch off some of your awards budget and earmark it for the best employee side-hustle idea of the year, one that anyone in your agency may pitch for and will be developed in association with your agency?

Imagine your agency helped create the next “Don’t Hug Me I’m Scared”. When it comes to proving your agency’s creative understanding of modern culture and insight, it would trump any advertising award.

A practical approach to prevent burnout

Every agency and creative team experiences spells of reverts or campaign changes. During these times, agency-supported side hustles can be an effective and constructive creative outlet that will remind creatives that we’re all in this together because we love ideas. To do something awesome. To make cool stuff.

By appealing to creatives’ passion and by creating an environment that allows them to dabble in it, you can hone the emotional drive behind their creativity, funnelling it through a positive creative outlet.

Creativity is the reason clients pay your agency. And you pay someone else for their creativity. Creative agencies are just that — agents that buy and sell creativity. The question is whether there’s a way to run your agency that makes it clear to everyone, especially your creatives, that all creativity is of the utmost value. Do that and money will naturally intersect with passion. 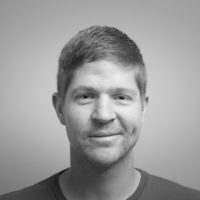 Gerhard Pretorius (@gerriepster) grew up just outside of Robertson in the Western Cape, studied drama, and then moved to the other side of the world to teach English. He started his copywriting career at Utopia, then moved to The Jupiter Drawing Room (Cape Town), and eventually to Fuelcontent (part of Hellocomputer) where he’s head of concept. He has an ever-growing love for film that is only eclipsed by his love for his and his wife’s two cats. The real reason he’s pursuing a life in advertising and film is so he can cast the cats and make them famous.

2 Responses to “Side hustles… You won’t believe what happens next!”