by Grace-Anne Belger. The advent of social media has made access to information and the spread of opinions easy, which has led to increased transparency and connectivity among the public. This inevitably increases the risks associated with your corporate reputation. Analysing and preparing to deal with reputational risk is fundamental to an organisation’s survival during and after a crisis.

The way people instinctively feel, act and behave towards your organisation reflects your reputation. Often perceptions don’t meet reality, and you need to continually strive to narrow the gap and have your reputation match your reality in a positive manner. Social and traditional media play a large role in extending the negative impact of a reputational crisis.

If someone feels positively about your company/brand, they are more likely to choose you above your competitors. Unfortunately, negative perceptions prevail over positive, which means that you have to work on your reputation consistently and strategically. The better your reputation, the better you will survive a crisis.

Millennials and the new Generation X and Y rate trust in a company higher than any other factor when choosing a brand. They believe the brand or company should touch them emotionally and make them feel special or they will switch to a competitor in a second. This also plays out in a crisis. If they are emotionally distrustful, they will move on.

No company can afford damage

In the increasing fight for survival, never mind profits, no company can afford damage to their reputation, even in a small way. CEOs and management teams should handle a reputational crisis in the same way as a product disaster but often don’t, tending to think only about threats that have already occurred and the most obvious risks. Response becomes reactive and turns into crisis management in an attempt to contain the damage. They may invest millions in risk-assessment plans but little into crisis-communications plans.

Elaborate control systems are in place for all the tangible threats and form part of ongoing business processes. Reputational crises are often dealt with informally.

Proactively planning for a reputational crisis is half the battle won. A company should carefully brainstorm each and every possible scenario or risk it could face that would potentially damage its reputation.

Imagining the risk or scenario and planning how to communicate when they occur will allow you to respond faster, with the least amount of reputational damage. Sitting idle will result in time wasted as public outrage escalates. Some companies survive a crisis and start the slow process of regaining trust — some don’t.

Once all possible risks are identified, the essential key is to plan for how you will handle them when they occur. While everyone is thinking about sending in emergency vehicles and calling the police, a dedicated team should be communicating with staff, the public and specifically with the media. Often a company will complain that it was tried in the court of public opinion via social media but, more often than not, ignored signs from stakeholders that expectations had changed. It also didn’t have clear-cut communications plans to deal with the situation and keep stakeholders (including the media) informed.

Much of the process may be facilitated by drawing up a reputational crisis communications plan in advance. The key elements of the plan should include:

Often a company’s response to a crisis is more important than the incident itself. A recent study by Weber Shandwick (2017) showed that more than one-third of global consumers says that how a company responds to an issue or crisis today clearly impacts its integrity, credibility and trustworthiness.

Key factors to handling a crisis are as follows:

Preparation and continuous maintenance, plus scenario planning and training, are essential to each and every organisation at all times. Failure to do so may put you out of business. 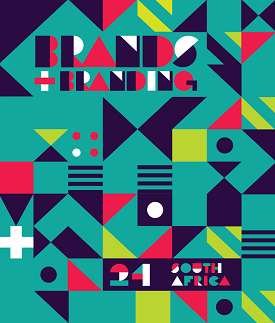 The article first appeared in the 2018 edition of Brands & Branding in South Africa, an annual review from Affinity Publishing of all aspects of brand marketing — consisting of case-studies, profiles, articles and research — also accessible at Brands.MarkLives.com. Order your copy of the 2018 edition now!