by Sabrina Forbes. “We’re selling to ourselves. I am the demographic,” says Buyi Mafoko, Leratadima MD and co-founder, explaining her belief that this helps the agency add a greater level of authenticity in the stories it tells for its clients — stories all with the aim of building strong brands all across Africa. Key clients include Standard Bank, BMW, and Diners Club.

“We look, speak, and think like the target audience”

Leratadima operates as not only a 100% black-owned and -managed agency but one where 70% of staff is female. Anyone in this industry should understand the purchasing power of the female consumer and while most brands in South Africa should have a strategy in place for this, many don’t. According to Mafoko, Leratadima makes it easier for brands to understand this black female consumer because the people behind the work are the exact target audience. “It helps that we look, speak, and think like the target audience,” she says. “With the now hyper-connected consumer, brands are competing with multiple head spaces. They own the internet and, because of this, they own the narrative.”

Mafoko joined Leratadima in 2011 when it was still an out-of-home agency. Her vision was to shift the agency into the full-service offering. Part of this was refining what it already did well and adding complementary services to it, in order to create the Leratadima that exists today.

Under the Leratadima umbrella falls three different businesses. Leratadima Marketing, the full-service advertising agency; Leratadima PrintShop, established in 2015 as a fully resourced conceptual print studio; and Leratadima Foundation, established in 2012 as an initiative to support child- and youth-headed homes in Soweto and surrounds, and currently supporting 130 households.

The print shop added a unique value proposition when it launched, giving Leratadima the opportunity to own the value chain: it is able to offer more-competitive costs and control the deliverables of an intricate process. “We print everything from client-renewal letters to wine labels to certificates; this way the integrity of our clients’ brands are housed with one agency,” says Mafoko. “I’m not in the business of billing; I am in the business of creating value.”

The foundation serves to unburden as many child-led households as possible with monthly deliveries of staple foods and toiletries. For Mafoko, it’s her business’s way of giving back to her community in a way that drives changes, instead of just throwing money at a problem. 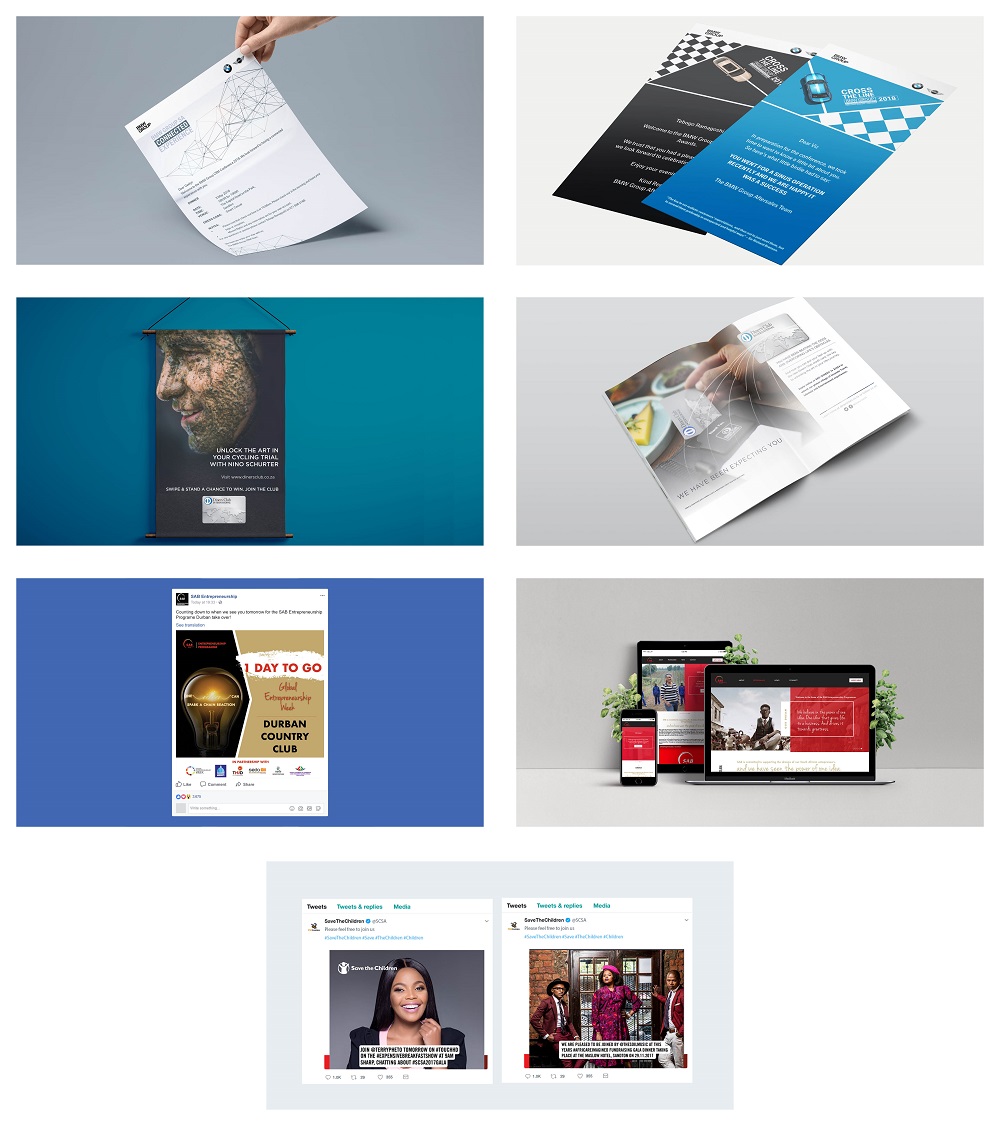 The team of 20 staffers at Leratadima Marketing under Mafoko’s guiding eye are all part of the people-centric culture that agency leadership strives for. For her , there are no hierarchies and everyone in the business is given a fair chance to be involved in client strategies. “Everyone’s perspective is important for a proper strategy to come to life,” she says. With a low staff turnover and a majority of staff serving 3–6 years, she believes her people-first philosophy is working: “We take care of the people piece before the work and creativity. That will then naturally flow. The industry is already fast-paced and pressured; we might as well have fun while we do it… our people are the heartbeat of our business.”

When it comes to acquiring new business, Mafoko admits it’s been a tough hill to climb and that the agency still relies on word of mouth and referrals to bring in new clients. In 2018, it decided to take a more-proactive approach to marketing itself but still experienced the difficulties and red tape involved in the process of becoming vendors to some of South Africa’s bigger brands.

The last 2–3 years has seen a shift in client procurement processes and, while many are looking to work with more black-owned agencies, Mafoko wants the agency to be considered based on its work as creatives, not on its work as a black agency. The way she sees it, if you haven’t jumped the procurement hurdle, you can wine and dine the marketing department as much as you want, with no luck.

Mafoko’s plan for the next decade is to build an agency with strong roots in SA and well-supported offices and locations in the greater southern Africa region first, with an aim to work in the rest of Africa.

She understands that South Africa is often the first port of call for global brands and her goal is for Leratadima to be the agency of choice to help them forge north. She believes opening offices in key locations throughout Africa will stand the agency in good stead, considering its 10-year-plan. “We can’t claim to build African brands if we don’t take the steps ourselves,” she says.