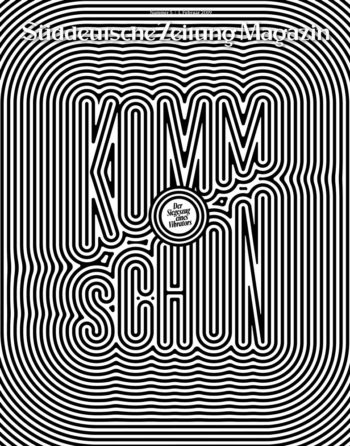 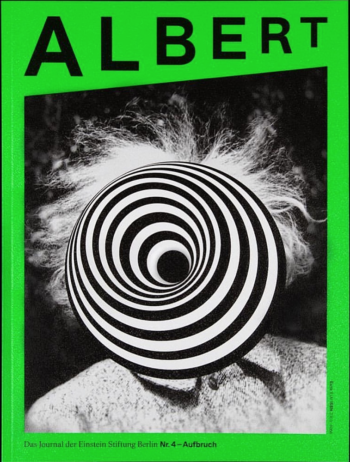 Based in Berlin, Albert is a journal published by the Einstein Foundation, focused on discussion and support for pioneering scientific research. Each edition has a theme based on a scientific discipline and how cutting-edge science is pursued in Germany. Albert aims to speak to a broader audience, not limited to the confines of the scientific community alone. This is where good design supports science, with each cover looking more avant-garde than scientific, with spreads that look like they came from a showcase of contemporary layout design.

The latest issue, the fourth edition, sports an iconic image of Albert Einstein obscured by mesmerising Op Art-like visuals, reminiscent of work by Victor Vasarely or Bridget Riley once again. The theme is “Ausbruch”, which can mean departure, start, breakup, or crack — all words that may be related to Einstein’s scientific work, strikingly depicted on the cover. Aside from the legacy created by Einstein and his approach to theoretical physics, mind-bending design and science meet with this journal, designed and art directed by Fons Hickmann M23, a prolific and influential design studio that focuses on the design of complex communication systems in support of the production of culture. Albert ticks all the boxes, from art and design to science and mathematics. 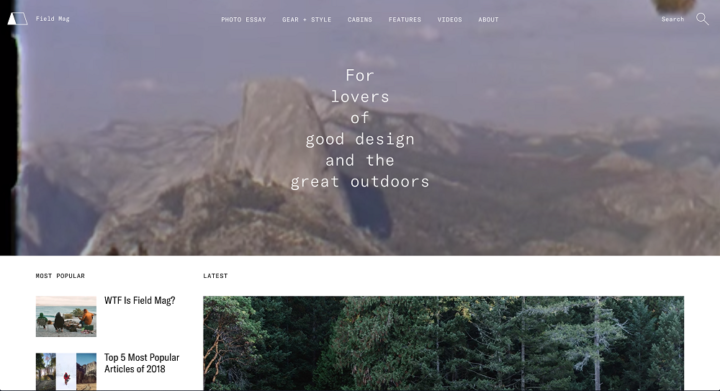 Started by writer and photographer, Graham Hiemstra, alongside web developer and designer, Chris Stillitano, Field is an online magazine for folks who love the outdoors and appreciate contemporary design. Field is all about the aesthetics of being outdoors, from landscapes and environments to architecture and fashion, coupled with the latest tech to improve the overall experience of nature. Ironically based in New York, a city that epitomises the built environment, Field publishes fresh content weekly with the hope of inspiring people to explore, and delight in various experiences away from the city.

Produced by a small team working remotely from various countries across the globe, with contributors from differing fields and disciplines, Field is an example of modern living. In today’s world, one shouldn’t have to be confined to a desk in front of a screen under cold fluorescent lights in an open-plan office for 8–10 hours per day. Technology and media allow for other ways of living and working. So, too, we can’t keep staring at screens; it simply isn’t conducive to a healthy, vibrant, and meaningful life. Field is the perfect remedy, for urbanites who live for weekends in search of adventure. From hiking to snowboarding, there’s bound to be content for anyone looking for inspiration to go outside, to get away, and find out about the latest outdoor technology and gear at the same time. 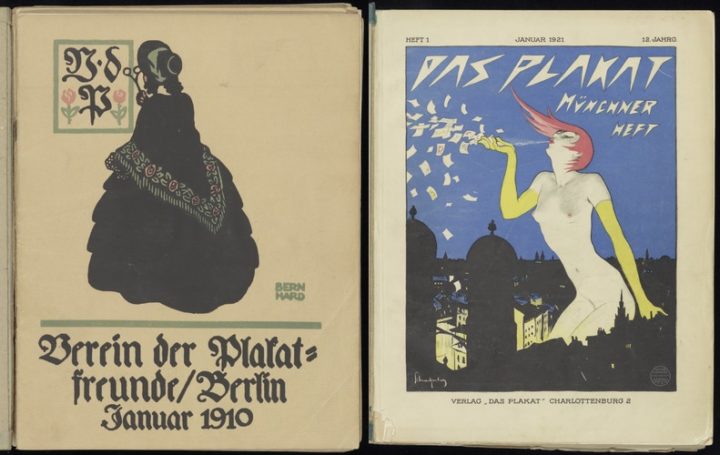 Published in Germany from 1910 to 1921, Das Plakat was a magazine produced by The Association of Friends of the Poster (“Der Verein Der Plakatfreunde”), cemented into the annals of history by the editorial and curatorial talents of Hans Sachs, a dentist by profession. Sachs was a passionate collector of posters, obsessed with French posters in particular, and one of the most-influential private collectors in Germany. With Das Plakat, Sachs became a guardian of sorts, responsible for promoting the German commercial arts on an international scale.

Das Plakat, meaning “The Poster”, was influential as an illustrated periodical focused on modern poster design, bringing together various formats of print media by promoting the commercial arts and advertising graphics in the form of a magazine. The periodical showcased the best posters from Germany and other parts of Europe. The quality of printing was second to none, effectively documenting a decade of commercial art production, defining what we now call graphic design which finds its roots in the early stages of commercialisation and industrialisation in Europe.

In the beginning, around 200 issues were printed to cater to the 80 members of the association at the time, but this number increased as more members joined. Nearing its final year in print, 10 000 copies were printed. The demise of Das Plakat started in 1920, when the association started to dissolve, caused by an inadequate structure that made it unable to adapt to its own rapid growth. It simply got too big too quickly and crumbled under its own weight. The final issue of Das Plakat was published in 1921, after the growth of the association caused its death due to a lack of control and inadequate infrastructure.