Where is the love this Valentine’s Day?

by Nomfundo Dukada. It’s that time of year and brands have been rolling out their picture-perfect Valentine’s Day communication campaigns. But one thing that’s stood out for me is the heteronormativity of the messaging on some of these campaigns #redflags.

The term “heteronormativity”, coined by Michael Warner, is the belief that people fall into distinct and complementary genders — making the assumption that heterosexuality is the norm or default sexual orientation.

It’s imperative for brands to be more inclusive in every way or, at the very least, avoid outright exclusivity. Can you hear the echoes in the C-Suite, “Another battle? First, it was dealing with racial diversity in the workplace, now this?” The answer is yes. A very big YES. Simply put, not every biologically male and female person identifies as cis-gender.

As a brand, if you can’t successfully create a campaign that goes beyond gender identities, you need to go back to the drawing board. Literally. Brands need to think about what “love” means to the consumer, regardless of what gender they identify as. The most-powerful campaigns are based on common human truths. Your job in any campaign is to use your resources to bring insights to life and unpack them in a way that is relatable and relevant in order to strengthen brand affinity and drive sales. The recycled ‘HIS’ and ‘HERS’ teddy-bear concepts leave so much to be desired.

The two brands that have done good work in terms of being inclusive in their communications around Valentine’s Day are McCain (UK), with the “Here’s to Love” campaign, launched in 2018 after the success of the “We are Family” campaign prior.

Closer to home, I would have to say Ackermans is doing really well with its 2019 #IAmMe campaign from 99c.

McCain celebrated the different kinds of relationships that we form outside of ourselves — family, friends and even our pets. It challenged gender stereotypes and depicted society in the way that it truly is by showing gay and mixed-race couples. We see these scenarios everyday, so why should the media be any different?

“McCain [said] that since the launch of the ‘We Are Family’ campaign last year [2017], the brand [had] seen a 10% increase in brand meaning and brand perception, plus a 14% increase in brand difference,” Marketing Week reported a year ago.

Ackermans has taken internal love and added gorgeous women of all shapes. The messaging isn’t the usual “dress up for HIM/Bae”; it’s all about self-love (surely, if other brands have any access to insights and consumer trend, they would know that #selfcare is a trend that’s synonymous with self-love). Plus the use of relevant celebrities such as Rami Chuene of The Queen (one of the highest-ranking TV programmes on DStv in the country at the moment, popular with both young and older audiences).

Love is such a beautiful thing to be celebrated. Here’s to seeing more such powerful and impactful work — there’s definitely a lot more to unpack instead of sticking to the same traditional messaging. 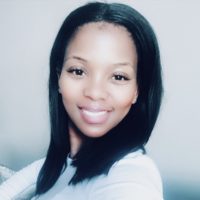 Nomfundo Dukada is a millennial, doing it for the culture. She has over 11 years’ experience in advertising and marketing, having worked on both agency-side at TBWA\Hunt\Lascaris, FoxP2 and Lowe Bull as a suit and on client side in retail. She has worked on campaigns for various brands such as Western Cape Government, Bisquit Cognac for Distell, Ballantine’s for Pernod Ricard, to name only a few.