In this extract from his new book, The Choice Factory: 25 Behavioural Biases That Influence What We Buy, Richard Shotton delves into the world of bias, an aspect of human nature that shapes our choices without us even consciously knowing about it. 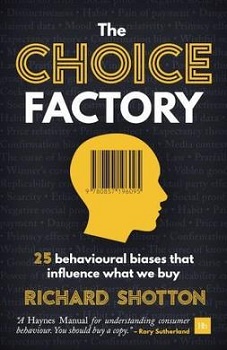 by Richard Shotton (@rshotton) Your main task this afternoon is to interview the last two candidates for the position of manager on your team. At the close of the second interview you realise both candidates have the same relevant experience, strong academic results and practical ideas to implement once they start. You’re wondering how you’ll ever choose between them. As the final candidate gets up to leave, he catches his foot awkwardly on the table leg, upending the dregs of his coffee over the new floor. He leaves ashen-faced, but highly apologetic.

Who do you think you’ll end up picking? If the Pratfall Effect is correct, it’ll be the clumsy candidate.

The bias was discovered in 1966 by Harvard University psychologist Elliot Aronson. He recorded an actor answering a series of quiz questions. In one strand of the experiment, the actor — armed with the right responses—answers 92% of the questions correctly. After the quiz, the actor then pretends to spill a cup of coffee over himself (a small blunder, or pratfall).

The recording was played to a large sample of students, who were then asked how likeable the contestant was. However, Aronson split the students into cells and played them different versions: one with the spillage included and one without. The students found the clumsy contestant significantly more likeable.

Here’s how advertisers have applied this effect, and what we can learn from them.

The best application is to admit that your brand has a flaw.

Admitting weakness is a tangible demonstration of honesty and, therefore, makes other claims more believable.

Further to that, the best taglines harness the trade-off effect. We know from bitter experience that we don’t get anything for free in life. By admitting a weakness, a brand can credibly establish a related positive attribute. For example, when Guiness admits it’s slow to pour it gives credibility to its claim of high quality.

Everyone assumes that brands are fallible, so if a brand is open about its failings, it can persuade consumers that its weaknesses lie in inconsequential areas. This theory partly explains the success of budget airlines. At launch they openly admitted that the trade-off for cheap prices was compromised service: no seat reservations and a pitiful luggage allowance. If they hadn’t admitted as much, consumers may have assumed the cost-cutting had come at the expense of safety.

A twist in Aronson’s experiment suggests caution. He repeated the setup but this time the actor feigned incompetence and answered only 30% of the questions correctly. Once again students rated his appeal. In this scenario the clumsy spillage made him less appealing. The Pratfall Effect has a multiplicative effect rather than a purely positive one. It makes strong brands stronger, but weak brands weaker.

Finally, it’s not just a matter of tweaking the copy in your ads. It should affect how you deal with unflattering customer reviews. Many brands hide the negative reviews. However, a 2015 study, by Northwestern University’s Spiegel Research Centre, analysed 111 460 product reviews across 22 categories and linked ratings to probability of purchasing. It found that likelihood of purchase didn’t peak with perfect scores but at 4.2–4.5 out of 5. There was only minor variation between categories — hair care reviews, for example, peaked in effectiveness at 4.2, while 4.5 was ideal for light bulbs.

Perfect ratings had less impact because they were seen as too good to be true. According to the authors:

Counter-intuitive as it may seem, negative reviews may have a positive impact because they help establish trust and authenticity. Consumers understand that a product can’t be all things to all people.

If it’s a successful approach, why is it rare?

There are a few examples of brands applying the Pratfall Effect such as VW, Avis, Listerine and Stella Artois. But they stretch over a period of nearly 60 years, making them a minuscule proportion of the tens of thousands of ads that have run over that time.

The rarity is explained by the principal-agent problem, a theory first suggested by Stephen Ross, Professor of Finance at the MIT Sloan School of Management. He suggested that there is a divergence between the interest of the principal in a company, the shareholders, and the agent, the staff.

For those prepared to embrace a modicum of career risk then the best chance of growing your brand is to flaunt your flaws. The principal-agent problem ensures it will always be a distinctive approach. For those interested in safe career progression then you may want to consider another route. 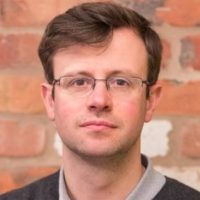 Everyday marketers make decisions aimed at trying to influence human buying behaviour, but few really understand why humans do what they do. Richard Shotton, author of The Choice Factory: 25 Behavioural Biases That Influence What We Buy, makes a compelling case for why this must change. The deputy head of evidence at Manning Gottlieb OMD, Shotton advocates that, before trying to influence human decision-making, marketers need to understand how and why people behave the way they do.