by Carey Finn (@carey_finn) It’s been a challenging couple of years for The Jupiter Drawing Room (Cape Town), to say the least, but the ad agency has landed firmly on its feet after a series of setbacks in 2017.

Just a week after the closure of The Jupiter Drawing Room (Johannesburg) last September, the Cape Town agency announced major rescaling and retrenchments that saw it halve its staff count, restructure and move into shared premises. What with the loss of major long-term clients, Hyundai and Windhoek Beer, where Jupiter Cape Town would be by September 2018 was a question mark. But its recent Beares win, together with its work on other brands such as INspire and Webafrica (which recently took a Loeries Campaign Bronze), shows that the agency is back on track to reestablishing itself.

The Beares account, which was previously with Saatchi & Saatchi Brandsrock, was awarded to Jupiter Cape Town in March 2018, following a closed pitch against three other agencies. Michelle Beh, managing and strategy director, says that the agency’s work on the June launch of the INspire homeware brand, also part of the Lewis Group, was instrumental in it being invited to participate in the pitch, and testament to the value her team can offer.

Jupiter has been tasked with “refreshing and updating” the Beares brand in order to better differentiate it from Lewis and reach new, higher income, segments of the furniture retail market, expanding the customer base. The challenge, says Beh, is to retain the brand’s long heritage (Beares has been around since 1930) and large pool of existing customers while targeting fresh groups. The shift will thus have to be a gradual one: “It will take time; it’s a journey that we need to go on with the client, and we need to be patient in terms of everyone wanting to see the result,” she says.

The INspire and Beares work has allowed the agency to add two new members to its staff complement; strategist Tafadzwa Muzuwa has been brought onboard to support Beh and Akona Golimpi has joined in the capacity of art director, bringing the total number of employees to 17. The idea is to stick to a lean model, says Beh, tapping into partners — in the form of freelancers or other agencies — where necessary to help the team deliver. 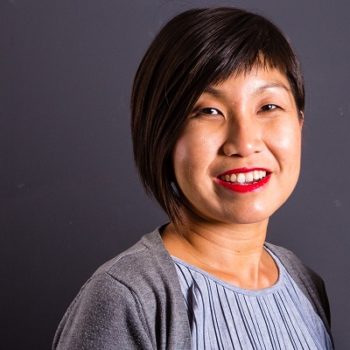 Part of last year’s restructuring saw the agency replace account service staff with pairings of creative directors and strategists to manage client relationships, with the backing of a project manager — a change that has been well-received by clients, according to Beh. Keeping things slim and streamlined is the answer to how the agency can deliver on what it’s best at, which is strategic thinking and creativity, or creative concepts, she says. “We’ve realised that we can’t be precious over ideas. The value that we create is in understanding the business, developing strategy and developing the overall idea, and we need to be willing to work with the best people in their specialisations, to execute those ideas in the best way.”

It’s not just partnering on projects that is beneficial, she explains; being exposed to a range of experts and ideas in day-to-day work life helps keep the agency’s creative cogs turning. Jupiter Cape Town calls part of the newly revamped Speakers Corner building in the city centre home — a collective workspace within which the agency has its own offices. Following the global coworking trend among startups, the building provides shared meeting, lobby and library facilities, allowing cross-pollination among its business inhabitants. The agency further encourages its partners to drop by and work out of its offices from time to time. “I think that, in today’s world, we need to open up and create connections, because ideas can come from anywhere,” she says.

Within the team, too, there seems to have been a shift towards a more shared, collective modus operandi; employees don multiple hats on any given day, taking care of tasks as diverse as client negotiations, strategy documents, and even the dishes and office grocery shopping. “I think because we’re a small team, having so many roles to juggle is easier, because we’re able to see who needs help, and jump in,” she says. Together with agency co-pilot ECD, Lucas van Vuuren, Beh is trying to foster a culture of integrated responsibility in the team. “We want to make sure that everyone has clear goals, and is accountable for their output but will also step in when someone else needs help,” she says.

The changes have rippled into the agency’s costing model, with Jupiter moving from discussions about hours to discussions about output. “We talk about what the client wants and what the value is to them, which has a positive business impact for the agency,” she explains. She’s also started applying the thought processes she uses when working with clients to the way she runs the office, asking “many of the same tough questions” internally to better understand the agency and what needs to be done.

Over the next 12–24 months, Jupiter Cape Town will be mapping out its three- and five-year plans. “The first six months of this year were very much about stabilising the agency and, now that we’ve achieved that, we’re in the process of looking at what next,” she says. While the business goals are still being defined, she advises “watching this space” for details.

“We have the legacy, the heritage and the strength of the Jupiter brand, but with legacy (sometimes) comes baggage,” Beh admits. “I think that the brand has taken a knock in the last year or two, and that’s something we’re trying to rebuild. We are taking a startup mentality, with a brand that everyone knows. We were in a very difficult situation at the end of last year but we have turned the business around in terms of numbers, and I really feel positive about the changes we have put in place at the agency.”

Jupiter Cape Town’s performance this year has her excited about the future, and she believes the challenges the agency faced may just prove to be the key to its success over the next 5–10 years: “While we may not be in the limelight now, we are working towards a new Jupiter that will be in the limelight in a few years’ time.”

Carey Finn (@carey_finn) is a writer and editor with a decade and a half of industry experience, having covered everything from ethical sushi in Japan to the technicalities of roofing, agriculture, medical stuff and more. She’s also taught English and journalism, and dabbled in various other communications ventures along the way, including risk reporting. As a contributing writer to MarkLives.com, her new column “#AgencyFocus” is an ongoing weekly series updating the market on agency performance, including business performance, innovation, initiatives, the work, awards and people.