Mad Men — they didn’t create it out of thin air

by Luanne Slingerland (@LuanneS) Are women in the creative industry heard and are they still facing challenges? As August celebrates Women’s Month in South Africa — although, given the different roles the average woman takes on in her daily life, every month should be an opportunity to celebrate women — I recently took the opportunity to check in with some of my young female colleagues on whether the advertising industry is evolving in the right direction and if they have more of a voice.

As you might have guessed, things aren’t changing as quickly as they should, especially for black women in the industry.

Luanne Slingerland: What made you decide to enter the industry?
Lydia Oberholzer (30, project manager/art director): I always wanted to make the ads I saw on television. I didn’t know a thing about the ad industry back then, but just knew it excited me.

Tafadzwa (Taffy) Muzwa (25, strategist): My dream was actually to become a music producer and work under the glorious wings of Timbaland. I wanted to create music that would make people feel the way I do when I hear music; it makes me feel something. My mother did not agree with giving me a private school education in order to build a career that was viewed as a hobby. So, I asked myself where else I could create something that made me feel something — and somehow that led to marketing, branding and then to advertising. I could create a feeling through brands.

Akona Golimpi (27, art director): I had no idea what I was getting myself into. All I knew is that I was good at drawing back in high school. At the time, a classmate suggested I get into a course called graphic design, and I fell in love with it, especially because it was a white-dominated field.

LS: What challenges do you face?
LO: We’re not taken seriously as women. Generally, people assume that because I’m young that I’m inexperienced, which is wrong.

AG: Being in a field that is male-dominated is a challenge on its own, then throw in the fact that I’m a black young woman to double the challenge. We also wonder, are we employed for our skills or our skin (BBBEE)? And if that’s not enough, as women, we do not support each other; we’re jealous of each other.

LS: Do you think women have the same opportunities as men?
TM: No. There is not just a bias towards women and our capabilities of not being at the table, but also being a part of war-room ideas from the start in some agencies.

AG: Agreed, women are really fighting to be recognised in this field, so that has to change.

LO: Men still have an advantage purely because they are men. I have seen men considered for projects and promotions over their female counterparts because they come across as more confident. The chain reaction this has is that, every time a man gets to work on a big project instead of a woman, she has one less opportunity to prove herself, grow and learn.

LS: So, our industry is not evolving?
AG: Yes, things are slowly shifting. Women are becoming louder; we’re not silent anymore.

TM: With the increase in appointments of female MDs, and the increase in female strategists and creatives, yes, the industry is evolving. Slowly. To further evolve, I believe we need more women (from various backgrounds and race) in senior roles that have a single agenda of pulling young women into breaking the traditional men’s club. And we need men who believe in the same, who want to see the success of women in our industry because our success is theirs, too.

LS: Where do you think women have the advantage over men in the industry?
AG: On pretty much everything. We have the same abilities as men; we have so much to offer and maybe that’s what men fear *wink*. We have so much more influence — “sell a product to a female and if she’s sold, it’s easy to sell to a man”.

LO: I agree! Women have the buying power, so I think, in advertising, we have a natural knack for selling to other women.

TM: It comes down to empathy. We embody empathy!

LS: Who is your female role model in the industry?
LO: I don’t have one role model. I’m inspired by the ladies who are making their mark and raising the bar for the rest of us. Every time a young woman is featured in “Young, Gifted & Killing It!”, the progress bar jumps a little further.

AG: My role model is every woman fighting the mediocracy system.

TM: Monalisa Zwambila, CEO of R\VERBED [Riverbed]. Not only does she own and manage one of the largest independent, black-woman-owned advertising agencies, but she has a passion for music and she believes in “doing great things for good — Greater Good”. She embodies great possibilities for a young dreamer with a heart for people, such as myself.

I believe that, to create an environment that allows and encourage women to flourish, we need to support them in their various capacities, whether it is juggling families, parent-teacher meetings and lift clubs, or driving their own side businesses. Let’s applaud every woman trying to make her mark, who has made her mark, and those who are paving the way for the next generation of female creative talent. 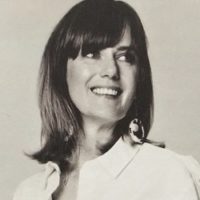