Ad agency, The Hardy Boys (THB) are the new kids on the block in the trendy Lion Match Office Park in Durban, KwaZulu-Natal, where its new home — designed by interior designer, product designer and environment specialist Carmen Kelly of Georgette Black — has served to reinvigorate the team. 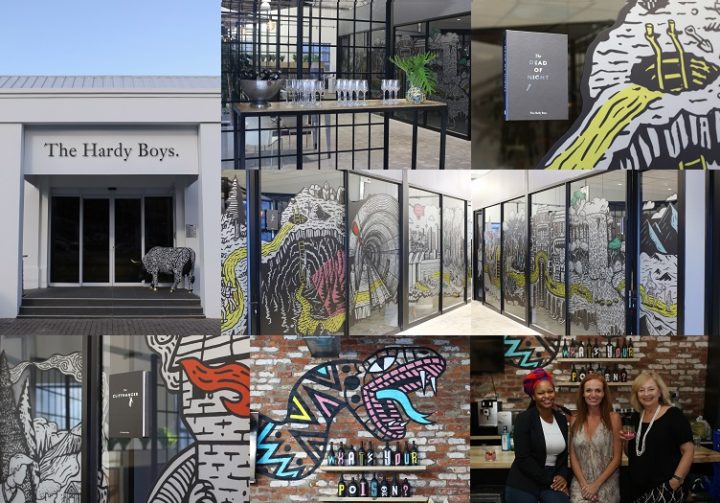 Says Dale Tomlinson, Hardy Boys founder and CEO, “Advertising agencies need to constantly reinvent themselves to remain relevant and ahead of the rest. We felt it was time to refresh and wanted to find the perfect space that allowed us to express our strong design-centred ethos, our respect for craft and attract the best talent.”

The space has been designed in collaboration with Georgette Black in such a way as to facilitate intuitive collaboration and ease of integration between disciplines and expertise. Says the team: “From a design perspective, our space needed to encourage collaboration by creating spaces that let people move around to work together. It also needed to reflect our love for craft while creating a warm and people-centric environment that embodied our curiosity and culture.”

Tomlinson add, “At THB, we believe that we are in the business of creating powerful and engaging brand experiences and that we as a brand should behave no differently. Just wander around our building and you will sense it.”

Against the background of a growing global movement against the environmentally damaging discarding of single-use plastics, Plastics SA has released a series of new radio and TV ads in which it addresses the issue of plastics litter found in the marine environment.

Says Monya Vermaak, Plastics SA marketing and communications executive, “Never before has the issue of plastics in our oceans received so much attention on a global scale. Plastics SA, the umbrella organisation representing the entire South African plastics value chain, is committed to doing everything in our power to help protect our marine life from plastic and other packaging materials which are threatening their natural habitats and therefore also their survival.”

According to Vermaak, The Blue Planet II — a nature documentary series on marine life in which naturalist Sir David Attenborough highlighted the growing problem of litter found in the oceans — inspired the new campaign by Johannesburg-based ACT Advertising.

Throughout the ads, the beautiful sounds and images of whales, dolphins and seagulls take centre-stage while the narrator explains that not everything in the sea is as beautiful as the creatures who live in it: “Carelessly discarded plastic breaks down into small particles that look like food. When eaten, they harm sea creatures from tiny fish to large whales. Be responsible. Don’t let plastics end up in the ocean.”

Vermaak says effective solutions, that prevent all types of litter from entering the oceans, need to be developed: “Our research has shown that pollution in the oceans and on our beaches is caused by irresponsible human behaviour that needs to be addressed and corrected. We are confident that our new adverts will help to drive the message home even further.”

The ads will broadcast on various DStv channels and selected radio stations, and the campaign has also been adapted for print media.

McCain chips, with the assistance of branding and retail agency Fountainhead Design, has undertaken a complete facelift to make its products more relevant to consumers’ meal choices and keep chip-selection simple. 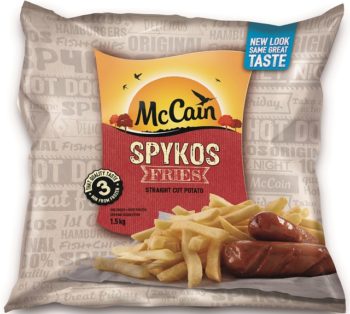 Aimed at busy working parents rushing through traffic to get to the local grocery store while thinking about what to make for dinner, the new names and packaging allow for quick identification on shelf. Fountainhead is responsible for the complete rebrand that changed the names of the products to have more meaning and to tie in with different meal occasions.

McCain Fry chips, eg, are now Spykos Fries as the average consumer uses fry chips with their Spykos meals on a Friday treat night. Bring on the chips, russians and cheese! McCain Slap Chips are now called McCain Traditional Slap Chips and are prepared to be drenched in vinegar and salt; McCain Skinny French Fries are crispy chips for burger night; and McCain Big Bites may be covered in cheese, guacamole and salsa for a snack plate.