Independent publications produced in limited edition quantities, with the highest quality and production standards in mind, are always special finds. Warren Editions (WE) is a traditional printing studio that embraces this sentiment, participating in projects with South African creatives that purposefully fall within the realms culture production. Mostly working with traditional forms of printmaking and working almost exclusively on paper with established South African artists, WE often dabbles in the creation of niche publications. Notably, in 2009, WE created a series of three picture books in collaboration with Jordan Metcalf (titled “Forgetting”), Michael Taylor (“The Gifted”), and Jean de Wet (“Atlas Mons”).

Collaboration is the name of the game here, and WE takes pride in the relationships that are formed between the artist and the printmaker, following its commitment towards printmaking as a contemporary medium. Directed by master printmaker, Zhané Warren, WE uses the most-complimentary printing techniques for each individual project. This inspires artists to delve into the possibilities of printmaking and follow their own unique style and creative voices. Each publication in this picture book series has been printed in a small edition of 150, is individually numbered, bound with hand-stitching, and screen-printed on specialist artist quality archival paper. These picture books provide intimate insights into each artist’s creative perspective — little windows into the practice of cultural signification. 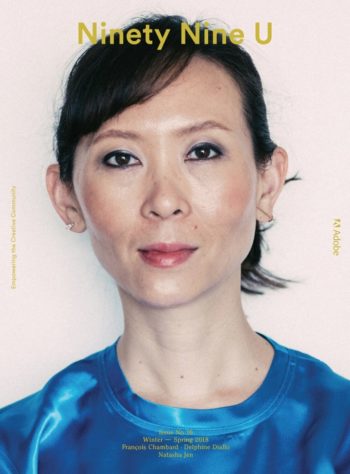 Two weeks ago, Cover Stories featured a piece about Fast Company South Africa describing how terms such as design thinking tend to be grossly overused, particularly in relation to Natasha Jen’s now-infamous 99U talk, “Design Thinking is Bullsh*t”. Founded by Adobe, a brand that has become the mainstay of every designer’s life, 99U’s raison d’être is to invest the potential of creativity to change the future and celebrate trailblazers from across the globe. “Empowering the creative community”, 99U is a publishing platform comprising three interrelated parts: a website updated daily, a quarterly printed magazine, and an annual live conference. The latest issue of the printed magazine, #16, showcases an unadulterated portrait of Jen, a partner at Pentagram and the designer who was bold enough to direct a wrecking ball of common sense towards the design-thinking castle that Ideo built. 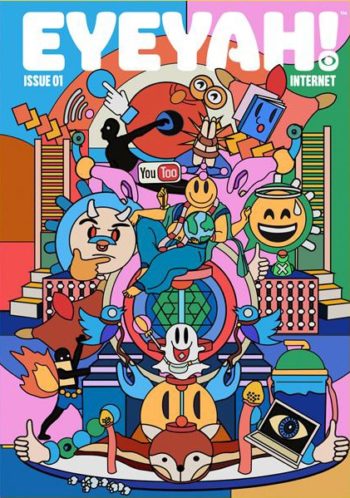 Taking a baton from likeminded magazines such as Anorak (an illustrated publication for children aged 6-to-12 years), and DOT (meant to appeal toddlers), EYEYAH! attempts to connect youngsters with established creatives as role models. Founded in 2017 in Singapore and produced by the same people responsible for Kult Magazine, EYEYAH!’s mission is simple: to use creativity to inspire children. Showing children world-class creative work helps to cultivate the creativity within them and hopefully secures a culturally rich future for all of us.

The first issue, themed “Internet”, is essentially an activity book meant to teach children about the pros and cons of the web, using a bunch of activities and puzzles to explore various topics such as internet addiction, cyberstalking, cybercrime, cookies, social media and more.

All this talk of oft-quoted buzzwords leads us to another hyper-popular term, “disruption”. This word is certainly very hot at present, overshadowing the now bleached-out term “innovation”. Uber-fashionable to say the least, the question is: what constitutes a truly disruptive act without it being yet another empty trend-driven gesture? Disruption is an online publication that attempts to provide an answer to this question, describing disruption as an act performed by an individual or group of individuals who completely alters the trajectory of their industry and its institutions. From A-list Hollywood actress, Gwyneth Paltrow (making organic products effective and affordable) to CEO and founder of Tinder, Sean Rad (kindling the embers of millions of fledging relationships), Disruption may be one of the more-authentic voices in a relentlessly noisy transit of media dominated by cloned terminology. 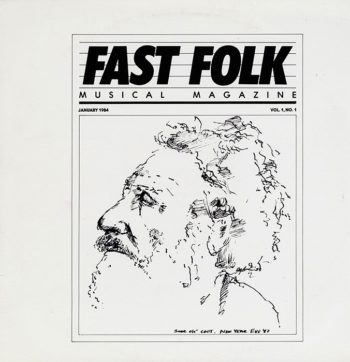 As its name suggests, Fast Folk was an influential ‘musical magazine’. Each issue was packaged as a mixed-media publication consisting of a 20-page magazine and a vinyl record (LP). Originally known as The CooP folk music magazine, its purpose was to support “noncommercial artistic music,” more commonly referred to as American folk music. The New York-based magazine stayed in print from 1982 to 1997, effectively crafting an authentic folk scene within the city. Essentially a publication-cum-cooperative, Fast Folk became an important conduit within the folk singer/songwriter community and provided a platform for many performers to make their first releases, including: Eric Anderson, Christine Lavin, Baby Gramps, Lyle Lovett, Julie Gold, Tracy Chapman, Shawn Colvin, John Gorka, Suzy Bogus, Richard Shindell, Lucy Kaplansky, Suzanne Vega, and Jim Glover, to name a few.