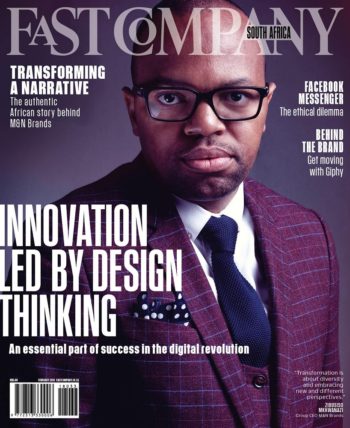 Is it only the consumer at fault when it comes to the over-consumption of culture? Or are marketing people who engineer consumer behavior also responsible? Design is supposed to produce culture, not promote the destruction of it. In this sense, Massimo Vignelli’s oft-quoted words ring true, more so now than ever: “Unfortunately, there are designers and marketing people who intentionally look down on the consumer with the notion that vulgarity has a definite appeal to the masses, and therefore they supply the market with a continuous flow of crude and vulgar design. I consider this action criminal since it is producing visual pollution that is degrading our environment just like all other types of pollution.”

The design process has devolved into highly marketable terms, such as design thinking. As a result, we are at risk of losing culture altogether. When used indiscriminately, terms such as “innovation”, “disruption”, and “design thinking” lose their value. The lack of comprehension of behalf of the people using these terms suggests a complete breakdown in responsibility and accountability. To quote Vignelli once more, “There is no design without discipline. There is no discipline without intelligence”. Vulgarity it is indeed, pure opportunism that runs counter to what design truly stands for. Red flags must go up when there is a crass and unsolicited use of this kind of language, or when strategic tools and models are perceived to be design. Design is not “human-centered”, it is innately human. It is not focused on the end-user’, the ‘target market’, or which LSM a ‘consumer’ belongs to; it is in there to serve human beings. Design is not a service; it is a necessity.

Although Fast Campany SA is not free from sin regarding the overuse of buzzwords on its covers, the magazine makes up for it on the cover to the February 2018 issue, featuring Zibusiso Mkhwanazi, a man who seems to be swimming upstream against the mainstream current of popular marketing rhetoric. Mkhwanazi is a South African entrepreneur, the cofounder and CEO of black-owned ad agency, Avatar South Africa. Notably, he is a World Economic Forum Young Global Leader. Avatar also won the FM AdFocus Agency of the Year in 2016 [and has featured prominently in the MarkLives Agency Leaders’ Most Admired Poll in the last few years, most recently taking the title of national winner of our new Agency Diversity & Transformation award — ed-at-large].

For more insight related to this matter, see Natasha Jen’s pragmatic 99U presentation here (Jen is a partner at Pentagram and an esteemed Design Indaba speaker): 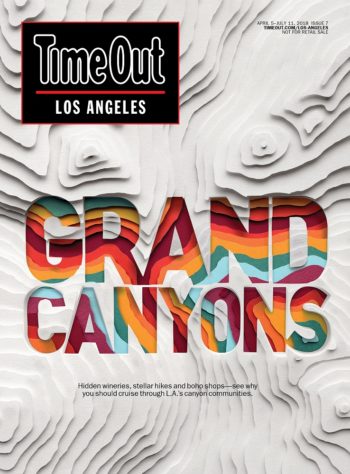 In simple terms, the design process requires a healthy balance between thinking and making. In other words, it’s when there is a good rhetorical flow between concept and craft, with a consistent current that can clearly convey narrative. It’s always good to see design in practice that is accessible, where the concept is succinctly implied through craft. The seventh issue of Take Out Los Angles exhibits such qualities, drawing attention to the canyon communities of the city.

The cover is handcrafted using paper and a utility knife, brought to life with the impressive typographic and illustration skills of London-based artist, Owen Gildersleeve. The cover is an engaging topographic play of shape and form, positive and negative space. Using delicately cut contour lines, layered to represent Los Angeles’ canyons, Glidersleeve’s illustration slices through multiple layers of white paper to eventually expose a burst of colored paper layers below, emulating the effect that a canyon has as it exposes the stratification of various layers of earth to the elements. The visual depth to the illustration alone oozes tons of shelf appeal. 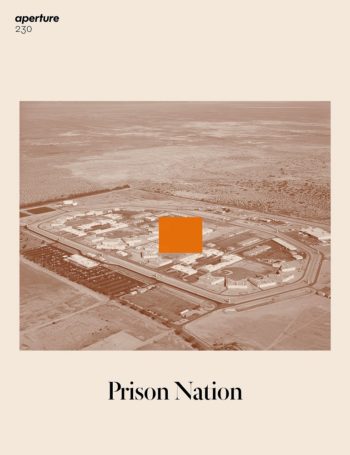 The latest issue of Aperture magazine, themed “Prison Nation”, explores the role that photography has to play as a storytelling and documentary platform, effectively depicting mass incarceration in the US. A prison nation it is, indeed, as incarcerated population numbers have reached saturation levels, with 2.2m people behind bars, and 3.8m people on probation. This is a pressing matter, to say the least, which is why this issue is accompanied by a curated photographic exhibition and six public engagement programmes with a variety of contributing speakers, all hosted by the Aperture Foundation’s gallery.

Conceptual in its appearance, with a formalist quasi-minimalist layout, the cover is provocative and sets a distinctive tone. The various depictions of prisons and prisoners inside show how pictures may tell engaging stories about mass-incarceration — pictures containing pathos to the nth degree. Prison Nation is yet another example of how photographers may restore dignity to their subjects through layered storytelling and photographic documentation, sending an important message out into the ether. 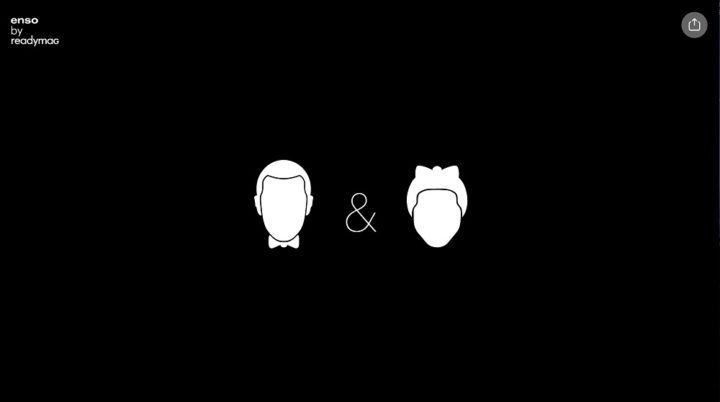 An archetypal power couple, Charles and Ray Eames were a highly influential husband-and-wife design team who had a significant impact upon modernist architecture and interiors, industrial design and graphic design. The work that resulted from their prolific creative partnership was of such a high calibre that much of it is still in vogue today, notably the Eames Lounge Chair and Ottoman, the Eames Plastic Chair, and the DCM chair.

In its latest iteration, Enso magazine has created a concise, accessible and easy-to-read online publication detailing the historic contributions made by Charles and Ray. The site is welcoming, with an intuitive flow and navigation, not to mention, well-chosen type combinations and print-like layout that eases effortlessly between horizontal and vertical navigational elements, including a few neat animated transitions and interactive additions that never cross the line into the realms of cliché. Overall, a very entertaining and educational read, and a tasteful aesthetic experience. 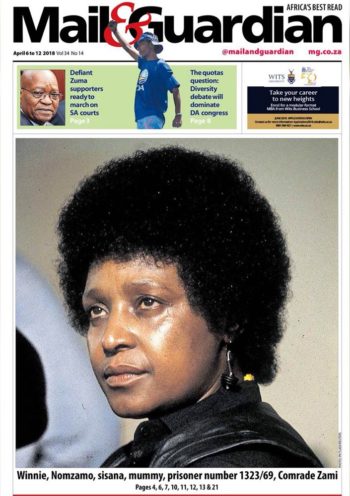 Originally known as the Weekly Mail, the bane of the oppressive apartheid regime and now known as the Mail & Guardian (M&G), this is an iconic newspaper that is no stranger to left-wing, liberalist politics. If a cover could depict a moment in time, it doesn’t come any better than last week’s edition. Aside from former president, Jacob Zuma, and his legal woes, and the tectonic shifts taking place within the Democratic Alliance, SA’s main opposition party, the most-striking element of this front page is an heirloom photograph of ANC stalwart and struggle icon, Winnie Madikizela-Mandela. Fondly referred to as Mama Winnie, this South African legend and the former wife of late former president, Nelson Mandela, passed away on 2 April 2018. Brushing aside some furore surrounding her past, there are no words that could describe her invaluable contribution to our country and its people. She leaves a mammoth legacy behind — a true doyenne.