by Herman Manson (@marklives) Today, we announce the national winner of our new Agency Diversity & Transformation award. Instead of only naming the agency here, we invited it to share with us what agency diversity and transformation means to it — the business, its people and its clients.

During the course of 2017, this agency, in the minds of its regional peers, made the most-significant contribution to agency diversity and transformation in the country. While many of our voters would have focused on BBBEE as a primary criteria informing their votes, a positive contribution to gender and LGBTQI diversity would have come into play in some votes.

Over the last two weeks, we’ve revealed the Johannesburg and Cape Town regional winners and, before that, we revealed the most-admired agencies and agency leaders in South Africa’s primary ad markets of Cape Town and Johannesburg, as well as nationally, over several weeks. 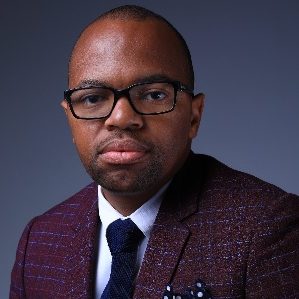 by Zibusiso Mkhwanazi (@ZibusisoSays) A sustainable agency is not built on an individual but a collective. Diverse voices, diverse views, diverse backgrounds. It gives us the institutional intelligence to solve complex problems for our clients.

Our USP on diversity means we can speak to broader audiences — our high pitch-win rate is testament to that; our client retention rate is testament to that. Diverse voices give us perspective when branding and communication and advertising in this country are desperately in need of it. It’s become part of our culture and our dynamic at Avatar: a greater understanding of the person next to you unlocks solutions to a challenging brief. We are a better business because we offer different perspectives, and our clients see the power of work that comes from our culture.

Clients are driving this need faster than agencies are, to be frank. It is why we have expanded to Cape Town, and where our team has tripled in size in under a year. And it’s not just about racial diversity or geographical diversity (we make a conscious effort to have as many people from rural backgrounds as urban backgrounds) but gender diversity as well.

We get challenged, too! Most recently, in a quick turnaround global pitch, we were asked where all the women were. Timings and diaries had not allowed our key female voices to be there, but that was a good wakeup call to ourselves about not being complacent on these issues.

Our head of social media, media, client service, communications, operations are all women. At management and executive level, we’re diverse and represented. We’re especially cognisant about increasing and growing the number of black woman creatives in the industry. We also have the Esihlahleni Women’s Empowerment, a non-profit initiative from M&N Brands, that aids in micro-financing women-owned enterprises and provides bursaries for women from disadvantaged communities to enter the industry. This is self-funded.

Right thing to do

So why are we doing this? Because it’s the right thing to do. It’s no longer enough to transform an agency; it’s time to transform the industry. Agency leaders shouldn’t be driven by codes or policies but an innate need to correct the imbalances. I’m seeing such complex trusts and structures being put in place to essentially cheat the system so agencies can proudly boast they are Level 1 or 2 BBBEE. An unwillingness to embrace diversity and transformation may win you a life-line short term but isn’t going to build your agency long term.

The landscape is changing — we’re past the time when black agencies are simply indulged. Black agencies may now compete on the field of ideas because clients are coming around to understanding the benefit of diverse voices.