by Mark Tungate (@MarkTungate) For an unusual agency, Marvelous in Russia had an appropriately unconventional beginning. Its founder, Artem Sinyavskiy, was a typical student — in other words, more interested in partying than studying — when he saw something that changed his life.

“It was a film about a guy who organised parties for other students and made money out of it,” he recalls. “I said to my friend, ‘Why don’t we do the same?’ That was our first business, and it blew up. By the end, we were organising parties for two thousand people.” After his studies, Sinyavskiy continued working in the nightlife scene, devising the show schedule for two prominent Moscow nightclubs. “It was a fun life, working with dancers and performers and so on but, as I got older, I realised I needed to do something a bit more serious.”

A couple of his friends were about to get married, so he had an idea for an events agency focused on weddings. He teamed up with his old friend from university, Andrey Korotykin, who had a little experience in the agency world but was at that point, bizarrely, the owner of a butcher’s shop. “In the end, we didn’t do a single wedding.” Instead they pitched for an Audi launch presentation in tandem with another agency — and won. “Our strategy at that point was to find unusual performers around the world and sell them to clients as part of an experience through other agencies.”

Their first direct client was Hasbro, the toy company, which hired them to work on its Nerf blasters. “By then, we were more confident of our positioning as an experience and entertainment agency, and they believed in us.”

From just two people, Marvelous had now grown to six. But the real game-changer came in 2013 when Hasbro asked the agency to pitch for eight of its major brands. “We took it seriously and worked hard, right down to sleeping in the office.” Sinyavskiy says he’ll never forget the day — 18 February — when he received eight calls from eight different brand managers, all telling him he’d got the job. “We were shocked. We were still only six people; there was no way we could manage all this work.”

The agency quickly grew to 12 and then 20 people. Today, it’s 70-strong. One of the factors behind its growth was a project in 2015 that was deliberately designed to attract attention.

“I realised that we needed to bring in some additional clients, because 90% of our work came from Hasbro. So, when we had an opportunity to do something different, we thought of something that became a major success.”

The project was Like From Leo, which ostensibly aimed to raise awareness of the importance of recycling in the pretty town of Ostashkov, on the shores of Lake Seliger. To get people talking about recycling, Marvelous decide to recruit none other than superstar climate-change advocate, Leonardo Dicaprio. The agency created a Facebook page for the Ostashkov campaign and encouraged the actor to “Like” it — by erecting a giant billboard in his home town of Hollywood.

The quirky campaign attracted a lot of buzz. “Everyone was talking about it, all over the world,” says Sinyavskiy. “But, at the same time, we got a bit of a negative reaction from the local creative community. They thought it was some kind of one-off stunt.”

It wasn’t. Since then, Marvelous has proved adept at creating unusual, attention-grabbing experiences. Perhaps top of the list is the Guilty Clothes project, which has particular resonance right now, when the subject of sexual assault is front and centre in the media.

“We were talking to a friend of ours and she wanted to draw attention to the problem of ‘victim blaming’ — when people imply that sexual assault victims are to blame because of the way they dress.”

Initial ideas included a charity run in short skirts to raise awareness of the issue; but soon something far more ambitious emerged: a fake “sexy” fashion show which actually featured the clothes worn by women when they were assaulted. Everyone would see that the clothes were perfectly normal and not remotely seductive.

According to Sinyavskiy, it took a year to make the project happen. Nobody in Russia was interested, and an attempt to stage the event in the Netherlands fell through. “Finally, I said, ‘Let’s do this in London during fashion week, otherwise we’ll never do it.’ We had two women producers who interviewed around 200 victims of sexual assault, about eight of whom agreed to appear in the film. That was the hardest part, as you can imagine.”

Thanks to a PR campaign that promised a “provocative” new brand and a central location in Oxford Circus, a good crowd of fashion spectators arrived to watch the show. Then the big reveal commenced. “The reactions you see are genuine. It was very nerve-wracking because, if we didn’t get the right reactions, we didn’t have a film. A year-and-a-half’s work depended on a seven-minute fashion show.”

Marvelous hit similar obstacles when mobile internet provider, Skylink, wanted to target users in remote, low-speed areas. To reach them, the agency created “the lightest advertising campaign in history”: a digital campaign that took up only 1MB, allowing any low-speed internet user to download all the materials. Target customers were identified using data and algorithms.

“Just before the launch, the client told us they weren’t convinced by the idea, so we launched it using our own money. It broke the client’s call centre. So, eventually, we got our money back!”

The agency had another victory — literally — for the Russian airline, S7. To mark Victory Day on 9 May, users of a dedicated website could name a Russian plane after a war-hero relative. On board each aircraft, the hero’s name was read out by the pilot, and their story told by one of the cabin crew. In the end, 2050 S7 flights were named and more than 2 000 stories of heroism were told in the skies.

From organising parties to celebrating war heroes, Marvelous is all grown up now, even if its work remains, fortunately, unconventional. 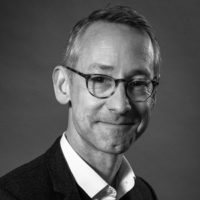