The future is here

Joe Public United has launched a brand new entertainment offering, named black. It’s described as a South African first, as it allows consumers to rent, buy or subscribe to movies and series and access music videos, football club channels, gaming and more on any smartphone, tablet, laptop or TV from only R5 for a day.

black is a separate division within Cell C that is focused on delivering entertainment and content, but will be network-agnostic, meaning it will be available to any consumer with an internet connection from 14 November 2017. According to Surie Ramasary, black, chief executive: content, the concept of black as a brand arose from wanting to position this new product as the best, most-innovative entertainment offering on the market: “The intention was to create a disruptive, iconic, intriguing and sexy brand that still offers consumers absolute accessibility and quality. From the start, we knew this brand would require a highly distinctive identity on which to build strong memory structures.”

To launch black, Joe Public United has created a full 360-degree campaign based on the premise that “If you don’t have black, you’re living in the past.” Starting with a brand positioning and integrated channel strategy, the Joe Public United group has built this brand and all its facets from the ground up, from corporate identity, developed by Shift Joe Public, and the brand campaign across all mass media platforms to digital solutions by Connect Joe Public, PR by Engage Joe Public, as well as all media planning and buying.

A series of humorous TV commercials has been produced and shot by Velocity Films and director Adrian de sa Garces.

A team of nature-loving South Africans, in partnership with Google Street View, has released a large collection of 360-degree imagery of the country’s wildest areas, extending the existing Street View imagery of SA’s wilderness areas to include all 19 national parks, 17 previously ‘un-trekked’ nature reserves, and many sites of natural, cultural and historical significance in all nine provinces.

More than 200 SA volunteers from across the country were involved in the 12-month project, mapping out the parts of SA that they call home. Many were SANParks, CapeNature and KZN Ezemvelo Wildlife rangers and guides. Others were avid hikers, nature-lovers and tech enthusiasts. The project forms part of Google’s Street View Camera Loan Program, which encourages anyone to apply to borrow the 360-degree camera technology and help map the planet.

Andre van Kets, outdoor enthusiast and founder of the Cape Town-based travel company Drive South Africa, saw the potential in this technology to showcase SA to travellers around the globe: “For the first time, travellers and wildlife lovers from across the globe can explore the full spectrum of SA’s diverse wilderness areas on Google Maps and Street View.”

Street View users may now walk in the footsteps of struggle icon Nelson Mandela, climb seven new trails to the top of Table Mountain, hike the famous five-day Otter Trail, track cheetah on foot and walk with elephants and other incredible wildlife. Additionally, seven of SA’s eight UNESCO World Heritage Sites are now waiting to be experienced. The microsite South Africa in 360 is an immersive VR-adventure through SA’s four top tourist destinations and a collection of its lesser-known gems.

As SA increasingly focuses on getting consumers to consume less sugar, PURA Soda has launched locally and is reportedly the first carbonated soft drink of its kind to hit the local market. 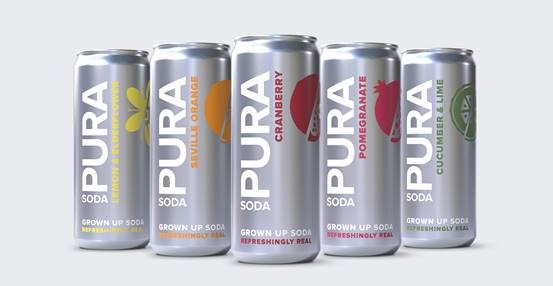 PURA Soda contains much less sugar than other soft drinks, juices and smoothies: only 2.5 teaspoons, while other options may contain up to nine teaspoons in a single can. Instead of cramming ingredient after ingredient into a single can, PURA Soda has also eliminated all unnecessary additives. Consisting of only five ingredients — carbonated soda water, citric acid, natural flavours, sodium benzoate, and a little pure cane sugar to enhance the flavor — PURA Soda has kept the sugar low and cut colourants out altogether.

It is available in a range of natural flavours, including Cucumber & Lime, Seville Orange, Cranberry, Lemon & Elderflower, and Pomegranate, and retails at R11.99 for a 330 ml recyclable can, and R13.99 for a 500ml recyclable PET bottle.