South Africans always respond well to ads with dogs and the reaction to the new Bobtail dog food ad, Journey, is no exception.

Conceptualised by Mortimer Harvey’s Christopher Potter and Karolin Steenkamp, the ad tells the story of one man’s journey to find himself — with his staffie by his side. Filmed and directed on location along South Africa’s beautiful Wild Coast by Egg Films’ Jason Fialkov, the ad has received an emotional response on social media from dog lovers and outdoor enthusiasts alike.

Says Fialkov, “It feels like a lifetime ago we were hiking 20km, carrying gear, shoulder deep in water, chomping down on strawberry whirls. In particular, Benson the Staffie deserves a gigantic shout out and head rub for his performance on shoot.”

The ad captures the Bobtail strap line — contains what your dog needs to stay by your side through all of life’s exciting adventures — and brings it to life.

A bold move from financial services group Sanlam — to run SA’s first edutainment drama series entirely via WhatsApp — has exceeded all expectations, with over 9000 subscriptions in just two weeks. 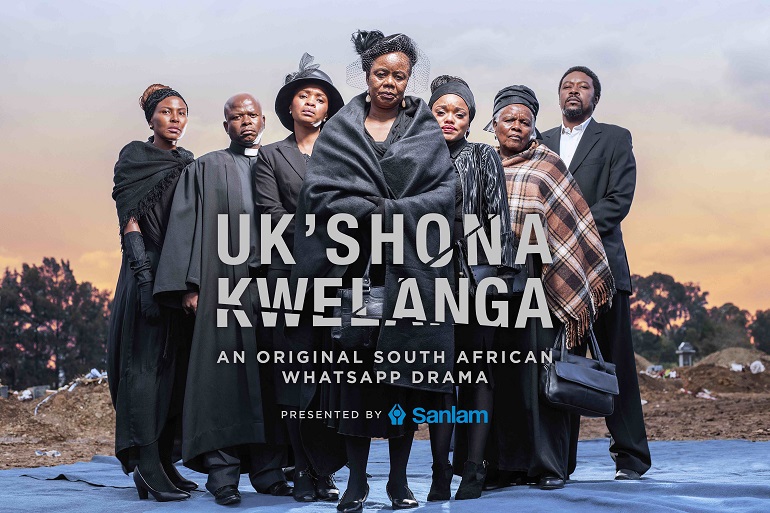 Sanlam’s Uk’shona Kwelanga series, written by scriptwriter and playwright Bongi Ndaba, is the first SA drama to be created specifically for WhatsApp and features an all-star local cast who explore the themes of finance, familial secrets and traditional rites — demonstrating the unnecessary financial pressure that burdens a family following the loss of a loved one with no funeral cover.

According to Lesego Kotane, strategy partner at the King James Group, the team had to work quickly when it realised how popular the drama was becoming: “We were delighted to have to deal with a lot more people subscribing in the first few weeks than we’d planned for — a problem we were only too happy to have. We now have up to 12 groups running simultaneously, most of them comprising 220 people to deal with WhatsApp limitations and to ensure everyone receives the right conversation at the right time.”

Kotane thinks the curiosity factor is also encouraging signups: “People have been very intrigued by what a WhatsApp drama actually involves — people are used to TV shows but this is an entirely new experience.”

With about 1.2bn monthly users globally, the chat platform presents a ‘revolutionary’ medium for marketing leaders to explore.

The coffee space has been booming for the last few years as coffee culture takes hold within SA, resulting in supermarket sales of instant cappuccino sachets becoming the fastest-growing coffee sub-segment, worth R500m. This is according to local FMCG player, AVI. 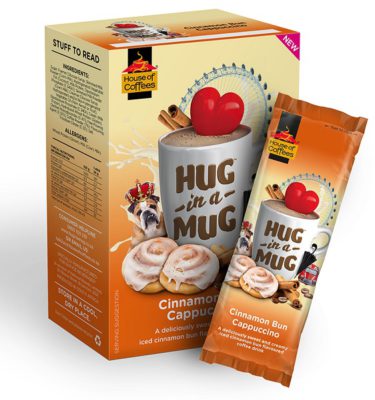 Despite the growing demand for cappuccino sachets, the market has already been dominated by global coffee players with loyal followers, so AVI has created a brand that breaks with convention to attract new users.

Spearheaded by Russ Sidelsky, marketing executive for the coffee and creamer category, in-depth market research revealed that consumers typically enjoy their coffee sweet, creamy and milky, with the average South African using two-and-a-half teaspoons of sugar, milk and coffee creamer. With no ready-made solution catering to this profile, AVI took the gap to offer an all-encompassing product that meets the sweet, creamy, milky, flavourful, and convenient criteria at an affordable price, and so Hug in a Mug was born in 2015.

The brand is determined to evolve and keep the consumer surprised through constant flavour innovation, as demonstrated by the recent launch of Cinnamon Bun flavour.

Sidelsky says the Hug in a Mug brand not only plays in the flavoured cappuccino and indulgent drink space but also has appeal vs other self-appreciation treats such as chocolate, biscuits and ice cream.

Adding colourful design and advertising from agency GRID, the AVI brand is meant to be endearing, charming and whimsical and positioned more like a liquid, indulgent snack than a traditional coffee: “The range instantly stands apart from the sea of brown, heritage-coffee brands in the shopping aisle.”