Ad of the Week: Empowering youth for a better, prosperous future

by Oresti Patricios (@orestaki) Absa and below-the-line agency, T+W, celebrated Youth Month in June 2017 with a mini-documentary that shows SA youth how to become digital — not rock — stars.

Nelson Mandela said it best: “Education is the most powerful weapon which you can use to change the world.” The ICT space is growing apace worldwide, and there are few better places for a young person to gain employment these days than in computing. A young person who can code and who understands the digital space is almost guaranteed employment.

This is because there’s a massive push by governments across Africa to get ready for the Fourth Industrial Revolution. The SA government launched #Internet4All on Youth Day, a move which is meant to see the 22m people not yet connected digitally brought online. With our country in a recession and facing massive unemployment, #InternetForAll “could prove to be the boost this country needs”. Well, 13 of SA’s top thinkers, economists and change makers say it will be a game changer.

The good news is that innovative organisations are already riding the #InternetForAll wave. One of these, the Digital Academy, has partnered with Absa Bank to change the lives and fortunes of young South Africans, and this features in a mini-movie that is a real delight to watch because it is so hopeful and ‘happy-making’. The school is situated in Johannesburg’s rapidly renewing CBD, just around the corner from Ornico’s new head office, in fact (it gives me a real kick to see how Joburg is starting to realise the promise of becoming Africa’s next tech capital).

Absa teamed up once again with T+W to present case studies of three graduates who studied computer programming through the Digital Academy, all recruited from small-town SA, and recently employed by the bank. The short doccie tells their stories, as well as that of the Digital Academy. It is a video everyone should watch. 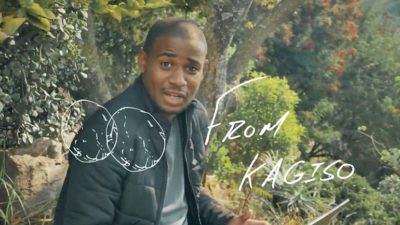 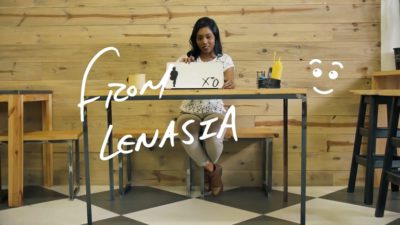 The two-minute film starts with the three youngsters. “When I tell people I’m from Kagiso in Krugersdorp, people look at me as if I live under a rock,” says the first. The text on the screen reads “From Kagiso”. This line is delivered with him sitting on a rock, in the countryside, with his laptop on his knee. The scene cuts to him in an office environment, where he continues: “I think it’s the most exciting job in the world. There’s really nothing I can’t do.”

The next scene features a young woman, who says, “What if I told you the world’s next best programmer would be a girl from Lenz?” The text on the screen reads “From Lenasia”.

The next is a young man, who is initially seen ‘through’ his computer screen, with code scrolling down it. “I grew up in Welkom,” he says, with the text on the screen to support this. “Yeah, I know what you’re thinking,” he adds. “My wildest dream has always revolved around creating things that matter.”

The title appears: “Coding a better future” and the scene cuts to the founders talking about their motivation for starting the Digital Academy. “We needed to get a bridge between where they are, coming out of varsity or teaching themselves, to a point where they can actually add value in the workplace.”

The scene cuts back to the three graduates, talking about what drives them. One talks about his passion for AI and machine learning; one talks about having the freedom to use whatever tools she wanted to; and the third talks about the “magic” of writing code.

The young man from Kagiso is filmed walking through Jozi streets in an atmospheric night shoot. His voiceover says, “What I hope for South Africa and my continent, Africa, is that we become pioneers; we adopt technology and embrace innovation, and we build a better continent for tomorrow.”

The young woman says, “If we keep looking forward, no matter what, then we can only get better – right?”

The next scene is of the three of them on a rooftop overlooking the city (with the Absa building in the background), while the text appears: “Absa is proud to partner with the Digital Academy. Because when we create opportunities for the brightest young minds in South Africa, everyone prospers.” The final payoff line is: “Empowered youth. Better Future. Prosper.” This ties in with the overall Absa slogan, which is simply “Prosper”.

Smart initiative, Absa. If more companies partner with innovators such as the Digital Academy, SA will indeed prosper.