The Real McCoy: Of startups, challengers and nation brands

by Sean McCoy (@TheRealMcCoyTRM) It is always opportune to reflect on the state of the nation, insofar as our own internal psyche and behaviour are concerned when compared to other parts of the world. This idea was amplified again for me when reading Dan Senor and Saul Singer’s book, Start-up Nation: The Story of Israel’s Economic Miracle in an interesting account of how this tiny country, faced with immense adversity on multiple fronts, has achieved such amazing economic success.

The little nation that could

Senor and Saul offer that this small underdog country, which is in a near-constant state of war, has no natural resources and enemies on every border, has spurred an amazing adversity-driven culture that fosters a unique and intense combination of innovation and entrepreneurship. This is evidenced by its leading status in the technology sector, with more companies listed on the NASDAQ than Korea, Japan, Singapore, India and all of Europe combined. In their discourse, the two reveal and demonstrate why Israel’s policies on immigration, research and development, and military service have fostered a unique internal country attitude and have supported the country’s rise.

A key dimension of this internal national culture is attributed to the spirit of chutzpah. This modern Hebrew word that signifies gall, brazen nerve, effrontery and incredible guts is seen everywhere in Israel; it is the natural mode of being and this level of assertiveness is the norm, with reticence being something that risks you being left behind. It is a culture that is unusual to many people, but one that this nation of some 7m immigrants has put to work well, both in their now home country and in many markets around the world, if one briefly thinks of the commercial success they enjoy in multiple regions. South Africa is no exception and the Jewish community has excelled in myriad businesses in this country over the years.

As a persecuted people, they have risen from the many atrocities they have faced and, while always remembering their past, have forged ahead in building better futures wherever in the world they find themselves — and they are stronger for it.

And so, too, a little island

Another country that has experienced its fair share of strife over the years, too, is Ireland, yet it has risen beyond this and is a magnificent place today. Perhaps not quite an economic powerhouse and working toward the heady days of the Celtic Tiger again, but one that has an incredible charm, warmth and easy sophistication about it, clearly underlined by a very-resilient nation at heart. Their history of conflict notwithstanding, they are a united people aligned to a common cause and the celebrations around St Patrick’s Day are energising and patriotic to a fault. While the party is naturally good, the national pride is palpable, and stopping the English on the rugby field from setting a new world record for successive undefeated test matches was galvanising for them as a people, even at the most-fundamental level.

Like Israel, they are not without their problems and some will argue that the north vs south divide still stands and they are not as integrated as they need to be. The passing of Northern Ireland’s former deputy first minister, Martin McGuinness, is a stark reminder of the prevailing tensions and the fragility of the peace process and IRA legacy. However, on the surface, they function as a society — streets are clean, people are productive, and the courtesy and discipline while driving on their roads is eye-watering to a South African. One would go a long way to find a nation that has experienced the challenges that Ireland has over the years and is today so settled, happy and welcoming. Their internal culture is one of charm, warmth and hospitality in abundance.

What, then, of South Africa?

I’m not certain how we would describe our own internal culture. From a tourist perspective, we are likely seen as warm, hospitable and engaging, too, with an incredible diversity of people in arguably the most-beautiful country in the world. Once the tourists can get their head around that there are parts of the country that are safe to visit, pictures of Table Mountain, wine farms, game parks and extraordinary landscapes as far as you can imagine prevail.

Have we lost our way, however, as residents and the people who are building this new rainbow nation? Arguably, we have. The tremendous energy and belief that we had in 1994 has been replaced by periodic moments of nation-building and unity, but is mostly dependent on the role and influence of the ordinary South African, rather than our designated leadership. The moral decline, corruption, blatant state-entity incompetence and lack of discipline seem to prevail in many parts of our society today, with little-to-no accountability. An initiative such as Lead SA has become a tiny and distant voice that continues to deal hope as best it can and encourage ordinary people in our land, while leadership decay predominates around us.

We, too, have experienced hardship, strife and adversity as a country. We, too, are resilient, determined and enterprising people who can and should make a difference. While we continue to look backward and renounce the issues of apartheid and colonialism, so, too, should we look forward and focus on a better national future for all — with accountability. Transformation in our country should also include production and not just overt consumption — and it requires leadership.

Let’s rediscover that which makes us magical as South Africans and restore our unique flavour and potential as a country. Madiba would want that from us. 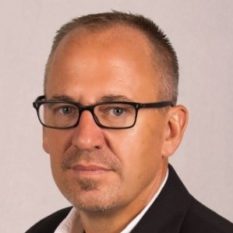