Shelf Life: From LSMs to SEMs — a practical solution

There has been a lot of talk in the industry regarding the Living Standard Measure or LSMs, its misrepresentation of the South African landscape, racial bias and other inaccuracies, and new systems always meet with some resistance; here’s why swapping to the new Socio-Economic Measure (SEM) is a good idea.

The SEM household continuum, developed by Neil Higgs at Kantar TNS and funded by the Publisher Research Council (PRC) and the Broadcast Research Council (BRC), is simply a more-accurate reflection of South African society in terms of how people live. Says Peter Storrar, Kantar TNS lead on the ES Survey, “SEMs speak to how South Africans live and not what they have. This household continuum is a statistically beautiful and technically elegant solution.”

While LSM shows that only 6% or one in 17 houses is in the bottom LSM 1–3 group, SEM shows that 44% or one in 2.3 households are struggling. In terms of the all-important LSM 8-10 group, which receives more than 70% of advertising spend, SEM also outperforms LSM, with 19% of households vs 14% for LSM.

According to the Publisher Research Council, SEM also has numerous practical advantages over LSM: With 14 variables vs the 29 on LSM, questionnaires are shorter and easier to administer. SEMs are also more stable due to less reliance on durables and more reliance on household structures and community infrastructure that change more gradually. The only four durables included in the final variables are deep freezer, microwave oven, floor polisher or vacuum cleaner, and washing machine. The others include post office nearby, police station nearby, built-in kitchen sink, home security service, motor car, floor material, water source, type of toilet, roof material and number of sleeping rooms.

As promised, LSM will be run in parallel with SEM for a period of two years until 2018.

With Irish whiskey exports predicted to double to 12m cases by 2020 and the African market a primary source of growth, the new continent-wide campaign for Tullamore DEW Irish Whiskey had only one option — to be three times better. 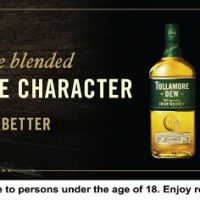 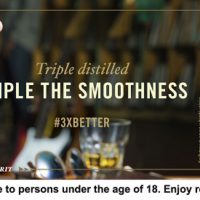 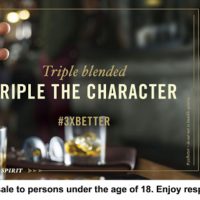 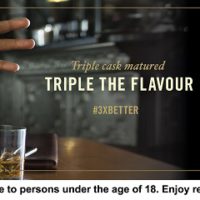 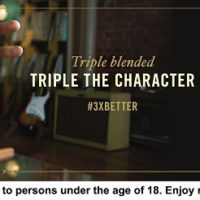 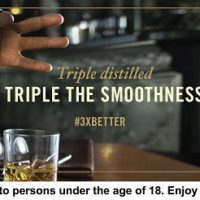 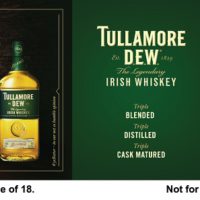 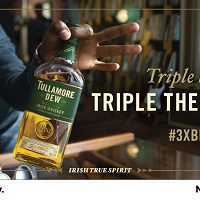 Explains Peter Schmitt, MD of Tribalfish, “At the heart of Tullamore DEW is true Irish spirit; a spirit built in the company of true characters and the conversation they share; bold opinions that challenge preconceptions, poetic expression that bares the soul, and playful sparring that sharpens the wit. But true spirit also refers to the whiskey itself, as it is the only whiskey that is triple-distilled, triple-blended and triple-cask-matured for flavour.”

The story? A whiskey that’s #3xBetter.

Shakera Kaloo, creative director of Tribalfish Johannesburg, says: “This singleminded message [is] visually represented by the distinctive three-finger hand gesture or ‘salute’ that [brings] the #3xBetter message to life across all media, giving the product a unique narrative and strong visual that [is]  ownable, aspirational, educational and [fets] people curious about why it’s #3xBetter than any other Irish whiskey.”

The campaign, a three-way collaboration between the Really Great Brand Company, Tribalfish and William Grant, includes out-of-home media plus activations inviting consumers to get ‘3xLuckier”. Consumers roll three branded Tully dice: those rolling two threes receive a glass of Tully, and those rolling three threes take home a whole bottle. The activation is fun and speaks to the social aspect of the brand.

Shaun Stemmett, brand manager for Tullamore DEW at the Really Great Brand Company, says Irish whiskey continues it staggering growth internationally, predicted to double from 12m cases in 2020 to 24m cases by 2030: “The African market remains one of the primary growth markets for the category, but consumers are becoming far more selective in the choice of their whiskey, opting for whiskeys that are better — #3XBetter to be exact.”

Just as many brands are now using ‘real people’ rather than models and keeping to the ‘doing good’ theme, Hill’s Pet Nutrition South Africa has chosen to use shelter pets for its most-recent campaign, resulting in Digby, Imogen, TJ and Honey the cat (aka Digby and the Gang) going from shelter to stardom and loving homes. 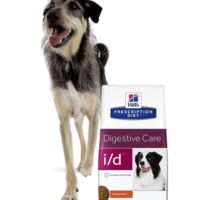 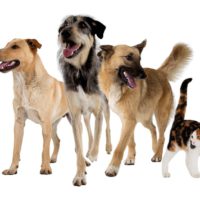 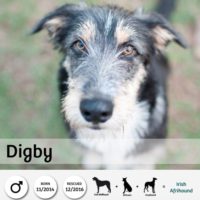 Digby and the Gang from TEARS Animal Rescue in Cape Town are the heroes of the campaign, with each pet the face of one of the foods in Hill’s Prescription Diet i/d gastrointestinal range.

Carla Bath, marketing manager for Hill’s Pet Nutrition SA, says: “As a tribute to all pets waiting for their forever homes, we chose to feature local shelter pets rather than use professionals or stock pix for this campaign and some of the animals were ideal for the products — Imogen, for example, had severe anxiety and Hill’s i/d Stress resulted in a calm and completely unfazed, playful dog.”

Within days of the campaign going live, enquiries started flooding in. It didn’t take long for all four pets to be adopted.

“The innovative idea to use shelter dogs means families have been exposed to the idea of adopting shelter dogs and may consider this when choosing a family pet. We made a promise to leverage the campaign to help these awesome dogs and cat find the wonderful homes they deserve. It was the right thing to do and it demonstrated how the right diet can have positive, long-lasting results on pets’ health and behaviour.”