by Charlie Mathews (@CharlesLeeZA) Local mass-media content has devolved, says Kagiso Mnisi. The former-arts-writer-cum-content-guru laments that there was a time when mass media was a big fat social experiment. He reminisces about that golden era of socially relevant mass-media content that existed from the turn of the century to 2010.

“During that time, we saw mass-media offerings that triggered social discourse, such as Yizo Yizo, Y Magazine’s first five issues, Gaz’lam and The Lab,” says Mnisi. “In the absence of mass-marketed social experiments, independent content curators are thriving by immersing us in social politick,” he says, offering examples: “Some of these include work by The Honey, Creative Nestlings, Mushroom Hour Half Hour and Zara Julius.” 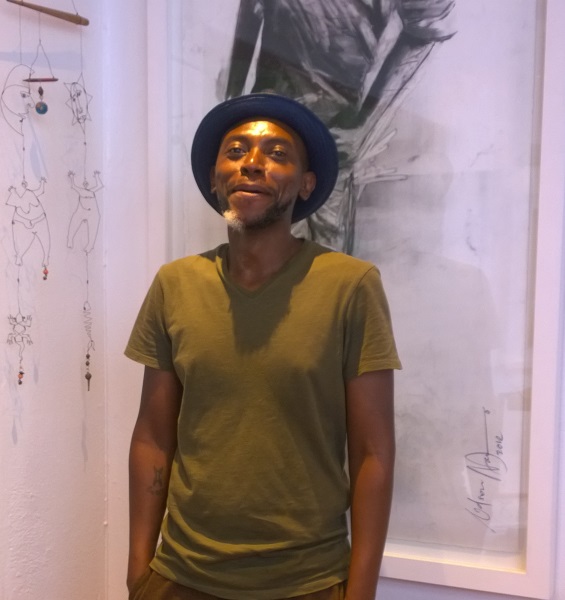 Mnisi has spent most of his career reporting on the evolution of Johannesburg’s art scene, which in turn has given him deep insight into the movements and cultural currencies that have enlivened the city’s aesthetic pulse. He’s also made documentary films but, today, he is the senior content manager for Eduze, an innovative local brand that distributes movies, games, music, ebooks and apps to mobile devices and computers — super-quickly and with no data cost. “The brand world has missed so many opportunities to engage in social discourse,” Mnisi exclaims. “Politics is life. Everyone in South Africa is deeply involved — like it or not — in politics; brands should chew on that for some time to come.”

He says that socio-political events such as the #feesmustfall protests and Nenegate were relegated to newsrooms, which, he quips, “haven’t been able rise above the perpetuation of political noise”. He adds, “The news space can do more to help my mother in Meadowlands understand the concept of the (non)feasibility of the National Development Plan, rather than lead with the speaker of parliament’s goat-sacrificing recreational activities,” explaining that, today, news brands favour ‘gotcha! journalism’, which is all about the crimes committed by black elites.

The Jozi content king says that local brands need to understand that there’s a lot more to creating appealing content than latching onto the hashtag of the moment: brands should look to tell stories that are contextualised and interpreted in thoughtful ways. “For instance, there is widespread panic across all sectors about the future of work and how we’ll all be replaced by machines,” he says, adding: “But no one is turning the narrative on its head to study how the role humans play will evolve concurrently with the mechanised world.”

When it comes to understanding the people who consume content, Mnisi says that there’s been a trend by marketers to focus on a gentrified narrative that portrays a monolithic view of urban society. “You would swear that the sole strategy of today’s agency is to focus on the Braamfontein Cool Kids or Maboneng’s Sunday Market families, as opposed to the realities of the Brentwood-wearing cohort of Zulu men in Jeppestown just across the street.”

Mnisi maintains that most (if not all) agencies “just [don’t] have the cultural capital nor the balls to penetrate other worlds and therefore fail to appreciate the full strata of SA society.” He says that this is as true of the “spatial inequalities of Cape Town” as it is “the riotous sensibilities of Jozi”.

The content world, Mnisi maintains, has missed a trick. Advertising and journalism, he says, have neglected the opportunity to employ genuine storytellers. “These are individuals who are multilingual, multicultural and able to think and operate across various generational paradigms,” he explains. “As a result, the typical agency does not attract talent capable of tapping into the zeitgeist. Instead, they fixate on being incestuous in their recruitment, as well as blindly insisting on the very annoying ‘X amount of agency experience’ on job sites. The scholarship of marketing, its recruitment habits, and its white-only think tanks and panel discussions that are usually tucked away somewhere in Bryanston, should seriously be reimagined.”

But, South Africans are perennially myopic. Mnisi points out that the SA media’s level of participation with the rest of Africa that we live on is woefully inadequate. “We either look at the rest of the continent through a tourism lens — National Geographic style— or in terms of a specific country’s GDP,” he says. “The odd SA lifestyle show’s version of Kenyan authenticity will typically be the obligatory hop with the Maasai or, on the other end of the spectrum, Ethiopia’s railway as an example of industrial revolution.” He says we could be doing a lot more to better understand the complexity of the continent we all live in.

If there’s a takeout from Williams and Mnisi, it is this: Forgo the comfortable. Take risks. Go further, and further out. 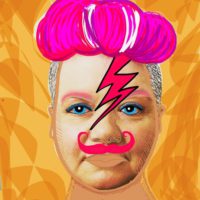 Charlie Mathews is a writer who likes to draw and is based in KwaZulu-Natal, South Africa, She is a contributing editor to MarkLives.com through her monthly “Africa Dispatches” column.