by MediaSlut (@MediaSlut) Today, for the second time on MarkLives as part of our #MagLoveTop10, we’re looking at the Best Travel Magazine Covers of 2016, both South African and international. Being able to travel is such an inspirational privilege, and one way of getting to see the world and dream of these destinations — and, once there, helping you to find the best hidden spots — is through magazines and their covers! 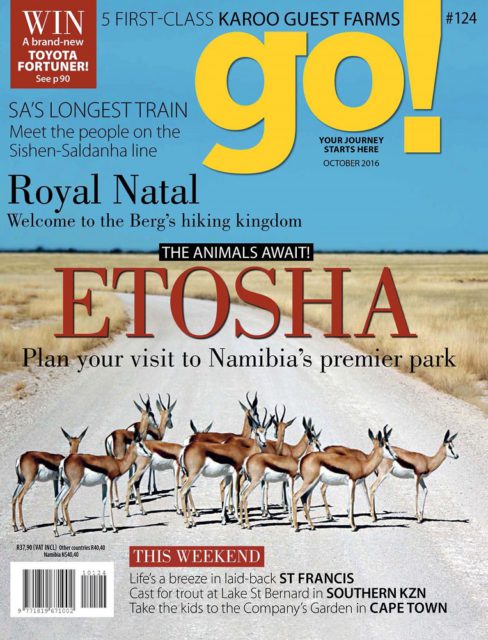 What I appreciate about this cover, other than the urge to go to Etosha, are the clean lines and symmetry of the picture. That beautiful skyline and horizon where the blue African sky meets the rough Namibian desert? Perfection. Read more here. 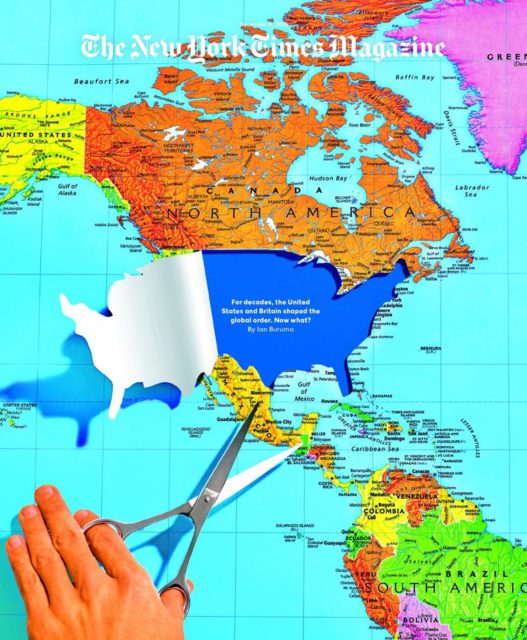 Above my bed I have a big 1.5x2m canvas of the map of the world, filled with pins of my past, and future, travels. It allows me to dream and to think back on great memories when I was traveling. With the recent political climate, however, will it also be more difficult for me to travel to the US? Ian Buruma writes “for decades, The United States and Britain’s vision of democracy and freedom defined the postwar world. What will happen in an age of Donald Trump and Nigel Farage?” Only time will tell…

This is the New York Times Magazine’s second appearance on this list: in 2015, it made it to #4. 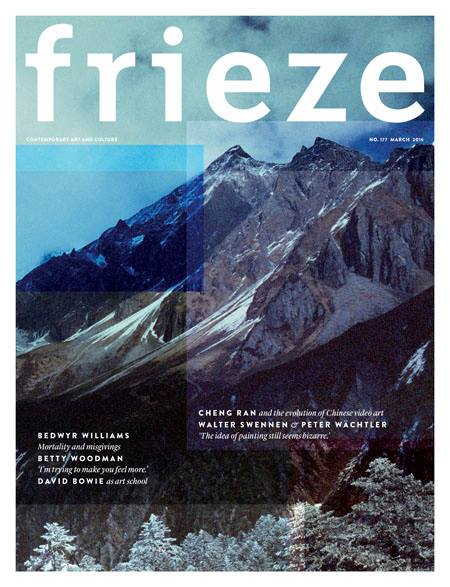 It was the layered-block effect that originally caught my attention, and again while I compiled this list of Top 10 Travel covers! The picture of the snow-covered mountains are ‘cold’ itself, but the extra effect(s) definitely give(s) it warmth and depth. Read more here. 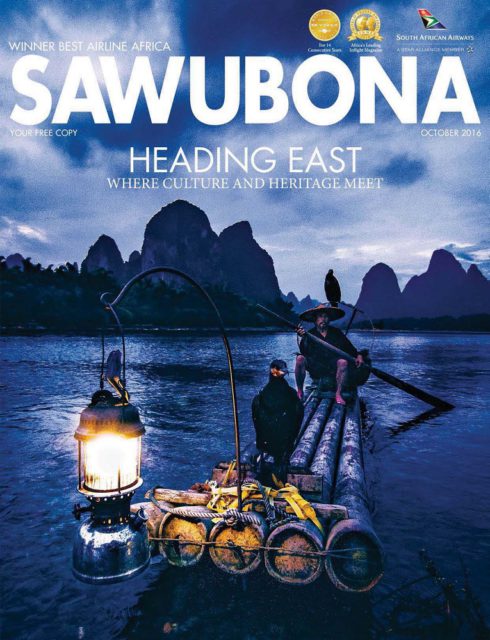 After reading about cormorant fishing and seeing this stunningly striking and idyllic cover, I’ve actually added seeing this dying form of fishing to my travel bucket list! Cormorant fishing traditionally happens on China’s Li River: it’s when fisherman go out with domesticated cormorants (a type of seabird) and their bamboo rafts (usually before sunrise and often in the early evenings) to go fishing (the birds dive in to catch the fish). It’s mainly done for tourist purposes now but this cover definitely inspired me, and I hope it will do the same for you… Read more here. 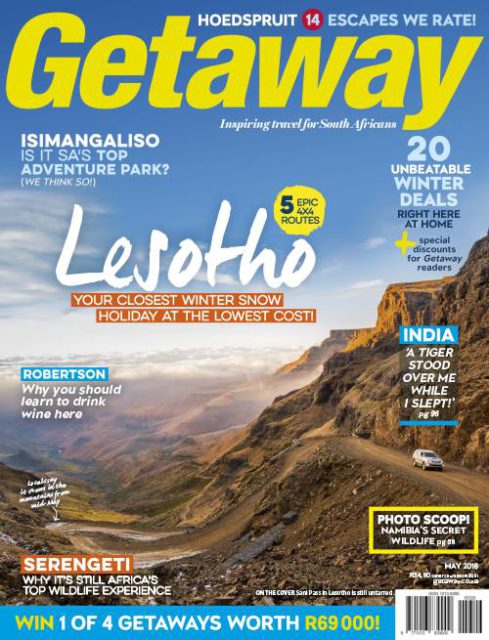 I’ve extremely fond memories of Lesotho (I once went horse-trekking through the valleys, mountains and rivers for two days); it’s a country every South African should visit at least once in their lifetime. And this is the type of cover and cover image that play the role of the ideal tour agent or tour brochure, as it captures the beauty of the Lesotho mountains and lanscapes perfectly and makes you want to pack your bags and go! SA Airlink flies there, or you may also make a road trip of it… Read more here. 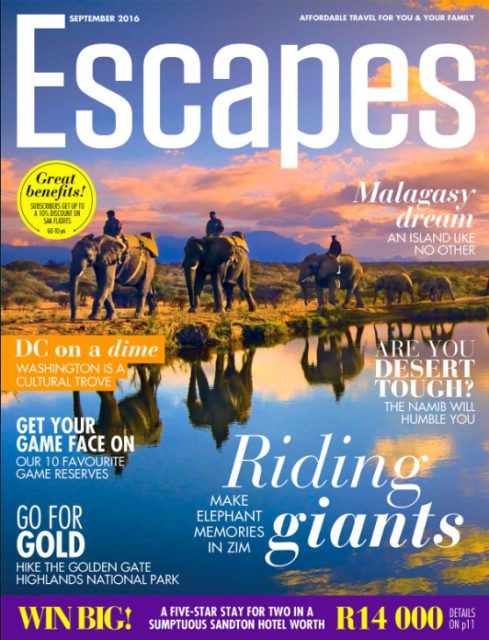 Another local magazine showing the true beauty of Africa and what it has to offer. Just one look at this cover, and it’s clear why so many international tourists flock to Africa (and South Africa) — to experience this type of African magic! As a regular traveller, what frustrates me is that it’s sometime more expensive to fly to, and vacation in, one of our neighbouring African countries than it is to fly elsewhere. It’s such a pity, as these are experiences that all South Africans should be able to experience. Read more here. 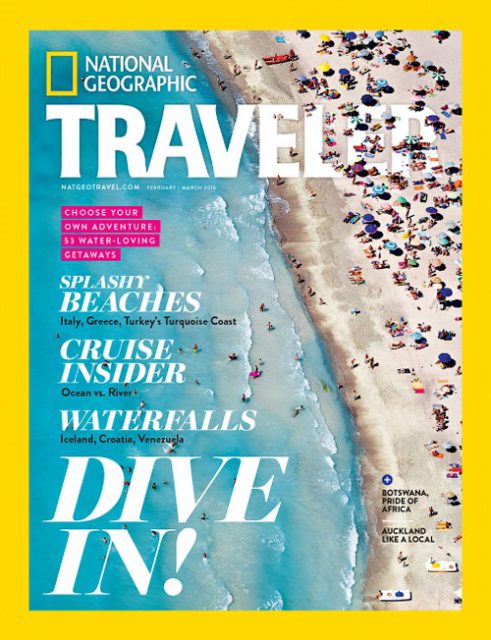 It’s the creative and clever execution of all the sunbathers and their umbrellas photoshopped over “TRAVELER” that really caught my attention. At the same time, it’s the combination of colours and cover layout that makes this a worthy no. 4.

This is National Geographic Traveler’s first appearance on this list. 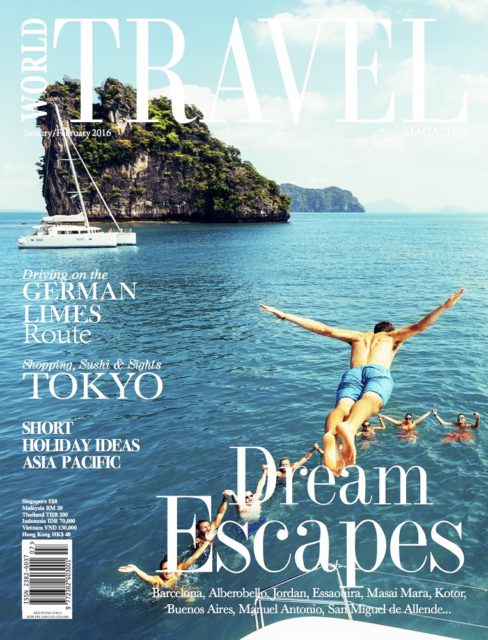 Pure. Idyllic. Friendship. Dream holiday. Bliss. Perfect moment. Some words that come to mind when look at this absolute beauty! I mean, who wouldn’t want to be in that group of friends right now, rather than sitting at the office?!

This is World Travel’s first appearance on this list.

It was really a tough call between the no. 2 and .1 covers for me, as they both offer brilliant escapism and capture some beautiful moments you may only truly experience if you pack your bags and travel… Take some time and look closely at the four split covers produced for its “Possibilities Issue” and where it asks the one question that leads to many great adventures and unplanned experiences… “What if?” It should be our motto when we all travel! Not only is the photography world-class, so too are the photo-selection and the typography and final layout! A very deserving second position for these four covers. 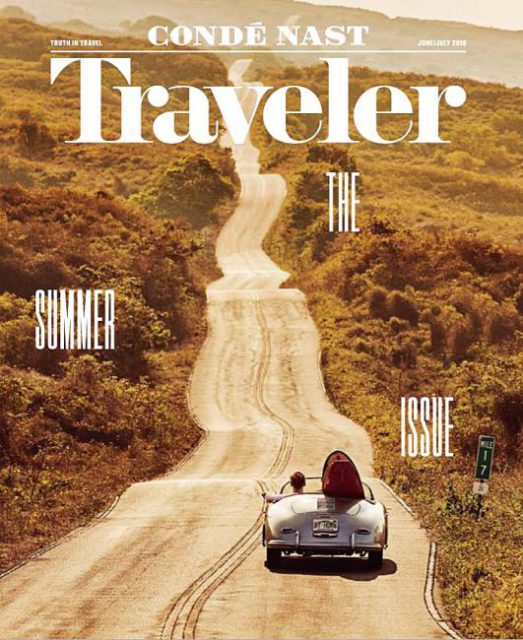 As mentioned previously, “escapism” comes to mind when looking at this cover, and it gives us, the reader, a small moment where we are able to see ourselves as the subject/person in the cover, and feel as if we’re (also) on holiday. Or it gives us something to work towards and plan, and that in itself is sometimes as good as a holiday. Once again, the typography and layout, combined with the photography, are what make this an amazing cover, and deserving of the no. 1 spot! Read more here.