Branded entertainment — the wood for the trees

by Marthinus van Loggerenberg (@martvanlog) Everybody loves a good storyteller. Someone who keeps you on the edge of your seat. Someone who entices you with a bit of suspended disbelief. Perhaps someone who makes you sing along, or even change your value system. Or has a hamster drive a truck. If a brand is savvy enough to tell a compelling story that is worth someone’s time and evokes emotion or engagement, resonance is in the offing. Resonance is a beauty, because it builds brands strategically.

The problem: Exactly what is branded entertainment?

Branded entertainment seemingly holds varied meanings. Some might see it as a sophisticated form of product placement, product or brand integration or even sponsorship of an entertaining event or programme, for instance. Others see it as content generated by the brand but, in the same breath, use “branded entertainment” and “branded content” as synonyms.

Branded entertainment is also still in a process of finding its feet. Despite better work becoming more evident, PJ Pereira, CCO at Pereira & O’Dell (San Francisco), chair of the Branded Content & Branded Entertainment jury for the 2016 Clio Awards, said the following on 1 August 2016 about branded entertainment: “We’re still testing the waters and seeing what can be done, or can’t.”

Good creative work comes from a good understanding of a discipline. The lack of a cohesive understanding and application of branded entertainment in contemporary brand-communication practice erodes its core value, which is to break through clutter and unquestionably connect with target audiences and, thus, the potential for branded entertainment to achieve brand resonance is depleted.

You may compare this problem to an industry that, for argument’s sake, neither understands nor agrees on the fundamental principles of advertising or PR, with diluted or ineffective communication efforts as a result.

Jaime Robinson, co-founder and COO of Joan Creative, and multi international award winner for Intel & Toshiba’s The Beauty Inside branded-entertainment campaign, says that target audiences may have a greater affinity towards a brand that creates something brave and unique, saying “Thank you for having the courage to create something innovative and something new.”

Let’s take a step back and ask: so, if a brand were to create something completely original, meaning that it doesn’t not integrate itself in another’s entertainment narrative, what are the advantages?

You surely wants to plough your love, blood, sweat and tears into something that is not only going to meet your marketing and communication objectives but is also going to generate positive judgements and feelings towards your brand.

Brand resonance, as mentioned, is negotiated in a communication space by two fundamental achievements: an emotional connection and the audience engagement. Ricardo John, CCO at JWT São Paulo, Gold winner at last year’s Cannes Lions for the Coca-Cola Dolby Thirst Sound Experience branded-entertainment piece, provides a simple yardstick to assess a communication effort as branded entertainment: “Branded entertainment is every bit of advertising that you do that does not look like regular advertising and that establishes an emotional connection between the audience and, most important, the content that you place in it.”

As far as audience engagement is concerned, says Robinson, a sense of ownership can give you the ability to control your narrative to such an extent that you can “… get an audience member to choose to spend time with your brand and choose to engage with your brand in a way that they are letting your brand tell a story”.

You need to question product placement, product or brand integration and the sponsorship’s ability to tell such a story with a distinguishing chance of achieving brand resonance, even if done in a brand-aligned, sophisticated, responsible or ironic way. And, for academic purposes, should product placement, product or brand integration or sponsorship not just be what it says it is?

We, the brand-communication industry, sure like to overcomplicate things. But, in the same breath, we can’t be too hard on ourselves as branded entertainment is still experiencing orientation problems to some extent (it was only recognised by Cannes as a category in 2012, after all) before it can shake the “unconventional” and “alternative” label, while providing content that can do what we want or intend it to do: to resonate.

The validation for employing branded entertainment imbuing authentic narrative lies in the power of credibility. Credibility plays a definitive role in establishing trust, plausibility and believability. Two arguments regarding authentic practice in branded entertainment present themselves for gaining some determinative ground: an identity-based argument and a moral-based argument.

First, authentic branded entertainment benefits the brand by providing the opportunity to communicate its brand identity. Robinson denotes that the “theme of the brand” should stand firmly in the narrative, otherwise the brand will “waste its money”.

Damien Eley, ECD and founding partner at Mistress Los Angeles, and multi international award winner for the Mattel’s Hot Wheels for Real branded-entertainment campaign, says that, when creating a branded entertainment campaign, they will “… start building a narrative based on a truth. So, we always look at the inside — the truth that comes from the product or the business.”

Secondly, a brand has a rare opportunity to bare relevance to a target audience, but in a more profound way, as well-crafted branded entertainment narrative has the opportunity to carry emotional meaning in arresting attention, often getting the audience to spend valuable time with the brand, as mentioned by Robinson.

Once relevance is carefully considered and integrated into the narrative, the levels of engagement may be astonishing. The Beauty Inside allowed the target audience to play large parts of the role of the protagonist, a man who wakes up in a different body every day. Hundreds of submissions were received. The audience responded beyond expectation, unpacking their beliefs and motivations about their own identity issues, projecting and reflecting in a rather emotional way about their lives.

Robinson shares that the brand took a chance as it moved into a space that was different and challenging, a space where one can connect with the consumer in a meaningful and introspective way.

The notion from the brand was, on a value-level, “It is okay to talk”. To talk about “some truths about identity and gender identity and race and age and all those things.” You could say that alignment between the value system of the brand and of its target audience seemed to be splendidly in sync.

And the results don’t lie: there were 70m views, 26m interactions, 97% approval on YouTube, a 66% increase in brand perception for Intel and 40% for Toshiba, and 300% sales increase total.

However, other forms of content don’t necessarily employ narrative as a requisite, eg mere informative content. In a time of orientation and aiming to prove itself as a communication effort which has the ability to break through the clutter, branded entertainment should claim its own ground and be seen as a “particular offshoot of content marketing” with its main aim being entertain, as suggested by Jonny Rose, head of content at IDEO London.

To maximise its strategic potential, brands should initiate, conceptualise and produce, or take on a leadership role in the production process of their branded entertainment ie to generate it from a zero-base strategic point of view. They must have the ability to showcase their brand-generated content on a communication platform that is ideally theirs ie media bought by them or a video brought by them, for instance.

This means that no integration would exist in the narrative of others as the brand isn’t integrated into another’s entertainment property. It may as well be that other brands may want to feature secondarily or in a supportive capacity to the brand in question, the latter only if they strategically complement the featured brand and if it strengthens target-audience relevance. In rare cases such as the Coca-Cola Dolby Thirst Sound Experience, the effort came across as being completely brand-initiated and authentic. Dolby ultimately served as an enabler and complementing co-brand for a powerful, multisensory sound experience.

This gives the brand credibility and control over the narrative and it has the largest potential to achieve consumer-brand resonance compared to a non-owned property. The half-time show at a sports event, for instance, is also an exception as, for that point in time, for the right audience it could deliver compelling entertainment that is completely unique to the brand. However, these exceptions should be few and far between in context of brand-identity based narrative. 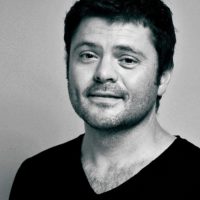