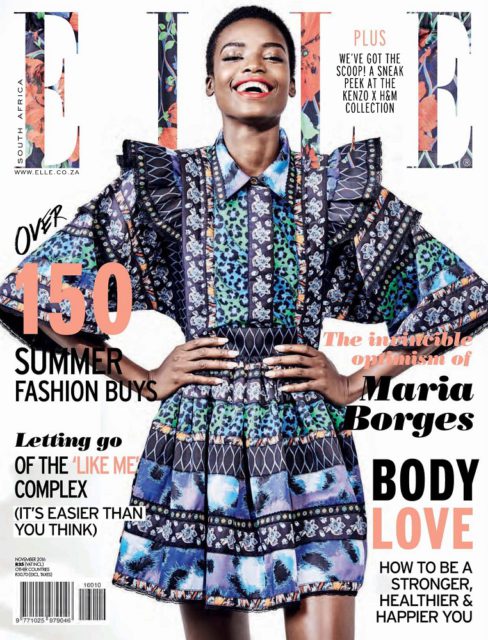 When I spotted this cover for the first time, it honestly put a smile on my face and sent warm fuzzy shivers down my spine! Pictured is Angolan model, Maria Borges and, if you want to find out more about the beautiful issue and new face on the block, take a look at this great behind-the-scenes article compiled by ELLE South Africa. 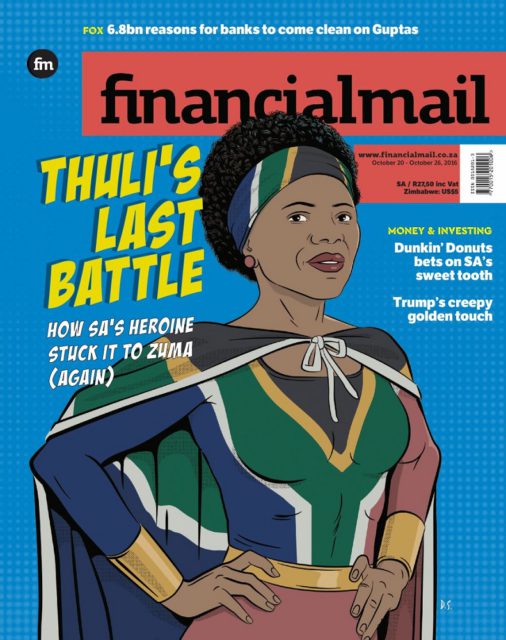 A few weeks ago, Financial Mail announced that it would be undergoing a complete redesign; looking at the latest cover, it seems as if it’s got something great and fresh in store for readers! And to kick things off on the cover, who better than our own Superwoman, Thuli Madonsela!? If I were her, I’d definitely make this illustration my profile picture and avatar on all my social media platforms… I’m looking forward to see what FM will be releasing in the coming weeks!

No, Bob Dylan’s not dead (even though no one can seem to find him). This is a celebratory cover by French artist, Malika Favre, for Dylan’s great accomplishment of being awarded the Nobel Prize for Literature. Read more about the story behind the cover here. If you’re a fan, you’ll definitely want to browse through The New Yorker’s archive of its Bob Dylan coverage. 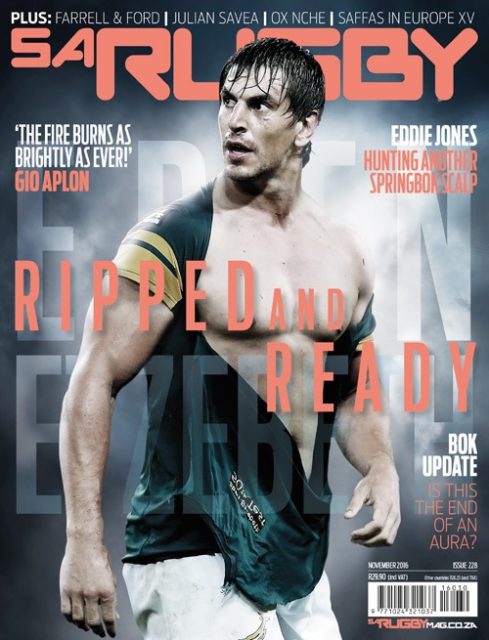 What a great action and ‘in the moment’ shot that carries so much gravitas and works brilliantly on this SA Rugby cover! Eben Etzebeth seems like he can pull a cover off whether he’s in a studio, or have just had a massive tackle and torn his whole jersey! In this issue, SA Rugby looks at the impact Etzebeth has made over the course of his Test career, “as well as the role he could play for the Boks when they meet England at Twickenham on 12 November”. Read more here. 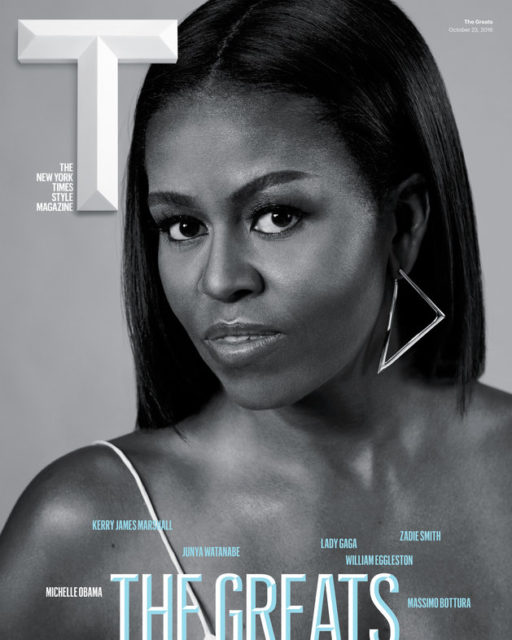 T is the style magazine to The New York Times newspaper and, for its 23 October 2016 issue, it’s featuring seven different covers with different “Greats” who are “redefining our culture”. View them all here. But it’s the Michelle Obama cover that’s made the biggest impression upon me, and it’s also one of the most-beautiful images of her I’ve seen! For the article, T got four people to write letters to the outgoing FLOTUS and, according to reports, these letters “will really get you”. So make sure you read “To the First Lady, With Love”, right now!

I would almost put my head on a block and say that the smart people over at TIME knew that Donald Trump would self-destruct himself, and that they would be able to get two brilliant covers out of this great concept, and that they should keep “Total Meltdown” for a later time. Maybe there’s a third one up their sleeves…? Last month, the “Meltdown” cover was published. TIME has an in-depth look at Trump’s total meltdown; read along and shake your head in disbelief the whole time right here.