by Herman Manson (@marklives) Dentsu Aegis Network‘s (DAN) African operations, headed out of Cape Town by Dawn Rowlands, is often highlighted by competitors and industry watchers for its smart, strategic moves in a highly competitive marketplace. While WPP and Publicis Groupe have been stealing headlines for its respective acquisition drives on the continent, DAN — one of the big five agency-holding companies which owns media agency brands Vizeum and Carat, digital agencies Isobar and iProspect, OOH specialist agency Posterscope, brand-experience and lifestyle-marketing agency MKTG, content marketing agency John Brown, and other specialist brands — has employed a strategy of stealth.

Rowlands highlights Morocco, Côte d’Ivoire and Egypt as particularly exciting. In the Middle East, Beirut (Lebanon) stands out for quality work, she says.

The group has had different experiences in different markets. Kenya has been tough due to the dominance of WPP Scangroup; clients aren’t really moving, having spent a lifetime with the group.

Tanzania has seen positive growth on its investment there in March 2016. Nigeria and Ghana are fully part of the global advertising industry with clients open to embracing new agencies. Rowlands says Nigeria can take the lead in the African industry if it is able to get its creative output right.

DAN SSA (sub-Saharan Africa) recently signed an affiliate agreement  with Noah’s Ark Communications, one of Nigeria’s leading creative agencies. It is being aligned with Media Fuse Dentsu Aegis Network, the Nigerian media division of Dentsu Aegis French-speaking Africa, lead by Côte d’Ivoire, is the next African growth story, she predicts.

Ethiopia is an exciting market but strict ownership rules and accompanying tax implications means it is receiving less investment than it should. It’s difficult to do business in Angola at the moment; the global oil bust means advertising is reliant upon government spending as brands are divesting from that market. Uganda faces a challenging media environment with corruption as its primary issue, according to Rowland. 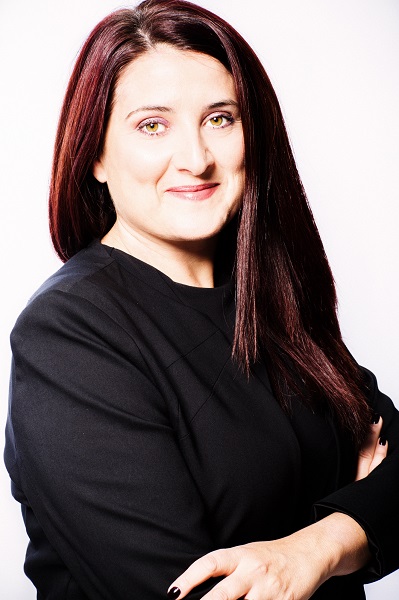 DAN is growing rapidly in several African markets. In Nigeria, it has gone from zero to 85 people in two years. In Ghana, it employs 83 (it acquired Adams Media, rebranded to Carat, and Premier Media, rebranded to Vizeum, in 2015). Kenya has a staff component of 30, as does Tanzania. In SA, the group employs around 300 people.

Rowlands says pitches are happing on a regional basis and this will increase, as SA is expected to stay a low growth region for the near future. MTN and Barclays Africa Group are but two examples of this trend in action.

DAN is unique because of its focus upon the business outcome for clients, says Rowlands. Its background has always been data and media — different from many more-traditional agencies. Media measurement is increasingly important as brands try to come to grips with the ROI they receive upon their marketing efforts. The agency has expanded its ecosystem to execute also what it presents to clients, becoming a full-service offering in some markets, including Nigeria, Kenya, Uganda and Tanzania. SA may soon join the list.

Rowlands says she expects positive growth from the programmatic, CRM and data businesses, which is helping offset less-stellar results from more-traditional agency sectors. From a consumer viewpoint, she says mall culture is emerging in numerous markets; social behaviour is shifting, creating new touchpoints for brands and the change is rapid.

DAN prefers launching startups in new markets and then growing them quickly. Big agency acquisitions doesn’t really fit into the strategy. Rowlands has found that ownership in many independent African agencies are tightly held by founding shareholders. It leaves little space for senior managers to progress to the top spot and puts no equity upon the table. Those execs are the ones Rowlands picks to launch new offices, giving them access to both clients and talent. All DAN agencies meet local-ownership rules with ease — another benefit of this strategy.

Startups are compliant to accounting standards from day one, while the structure and operations are planned in advance. Finance, HR and IT infrastructure are all managed from Cape Town. Where it does follow an acquisition strategy, it will target smaller agencies it can grow, rather than trying to buy the biggest in the market.

As one of a handful of female agency leaders in SA, Rowlands says DAN makes a concerted effort to challenge its HR team to really consider why they select the candidates they do and to ensure no gender bias takes place. The SA management team at DAN has a roughly 50/50 gender split. In Nigeria, management is still mostly male, but the majority of their marketing clients are women. But here, too, the workplace is busy transforming, going from three female employees to around half its employees. Ghana has enjoyed similar success in transforming the agency.

The agency focuses its CSI efforts upon children and women, she says. The network also actively encourage awareness of greater gender diversity internally. In SA, a staff trust for black talent means people already inside the business get to profit from its growth, and DAN hopes to achieve 51% black-women ownership for some of its agencies in the near future.

It needs to happen sooner, rather than later, says Rowlands; even these aggressive targets are not moving as quickly as the market and its requirements.