by Herman Manson (@marklives) Until recently, the sponsorship industry was all about getting onto signage and maximising media exposure. Frustration with this, and where the industry was heading, led Clint Paterson and several colleagues to launch sponsorship agency, Levergy, three years ago.

Paterson, Struan Campbell and Justin Rosenberg (who left Levergy in March 2016) all left EXP to launch the business, starting off with no clients. The turning point for the business came eight months later, when it landed DStv. BMW quickly followed.

The trio realised the value of content early on: sponsorships provide brands with platforms to create content.

For BMW, then a sponsor of the Springboks, it created a campaign during a rugby game at the FNB stadium and Ellis Park, featuring a 13-metre LED wall that mirrored the speed of Springboks. Fans got to race their heroes, or try their hand at the scrum machine, which benchmarked their scrum power against the Springboks. The data and images got pushed back to the social media feeds of participants.

For SuperSport, it ran a live-content social campaign for the 2014 FIFA World Cup, delivering real-time content onto social media during matches.

For Paterson, 2015 was the year Levergy came of age; it won a silver Loerie for its work on BMW and signed 10 new clients, including Audi and New Balance, taking the agency from three people at its launch to 25 three years later.

According to him, as a startup, the agency faced a number of challenges early on — for one, it felt it was well-known to clients and within the industry — but this didn’t translate into real business as quickly as initially thought. It needed to build a reputation for itself before doors started opening. The founders had to prove sustainability by staying open and then slowly merging their personal reputations with that of the business.

The economic climate at the time was tough, too (but this also worked to their benefit, as marketers needed to shake things up and grow returns), and Levergy was being positioned to do just that.

The sponsorship industry has been in for a tough ride, especially on the sports-sponsorship side, where fees are probably too high at it stands, says Paterson; big brands shy away from sponsoring sport for both political and economic reasons. 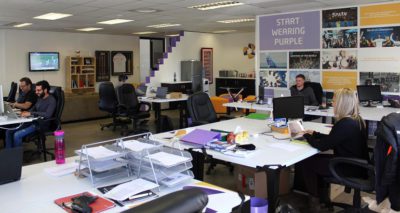 The right thing to do

Brands are also increasingly expected to add value to the markets where they operate. Giving back to communities in more practical ways has become the right thing to do upon both counts, which is why a brand such as Absa has moved away from sponsorships in rugby, for example, to putting its money into education.

According to Paterson, Levergy is increasingly focused upon optimising sponsorship value through digital channels and activations while also facilitating a move towards lifestyle events as sponsorship platforms (think food and music festivals); it is also increasing its focus upon corporate social investment (CSI). The agency is encouraging smarter rights packaging and realistic pricing from rights holders, and expanding the traditional sponsorship base from financial services towards new industry sectors such as  technology companies.

Its new insights division follows sponsorship trends in a number of key African markets to assist brands in their strategic thinking. Services include campaign reporting, competitor analysis, bespoke research projects, trends reports and industry benchmarking. Levergy is an ambitious agency, says Paterson, and will be expanding its involvement in sponsorship campaigns outside South Africa: key markets will include Kenya, Ghana, Botswana and Namibia.