The Real McCoy: Rebels with a cause

by Sean McCoy (@TheRealMcCoyTRM) This is not really a story about rebellion but certainly one with a cause, in an adaptation of the James Dean classic.

Following a series of workshops I have recently concluded across five SADC countries, engaging some 300 people in the process of brand-building from the inside out, I feel compelled to share some thoughts and insights from a leading conservation business in Africa, which has been shaping the industry for some 30 years and is very successfully adopting some of the fundamental principles of internal brand engagement.

Purpose at the core

While conservation in itself is rooted in a cause, this organisation defines it very differently, and it has built a model of sustainable conservation and restoration of Africa’s wilderness and wildlife with authenticity and relationships at the very heart of what it does. This naturally manifests in an external promise to the market, and this is where our appointment initially took place, resulting in a process of facilitation and some simplification of core strategic constructs in the business. But this rapidly evolved into the prioritisation of people — placed at the centre of their organisation and the team that ultimately delivers this very extraordinary promise to a wide array of local, national, regional and international audiences.

At the risk of beating a deafening drum, this project had senior leadership support — not just in signoff and resourcing, but in active involvement throughout the programme, with an effective 80% of the executive leadership participating in the workshops. The clichéd ‘walking the talk’ was very evident, not just in an executive sponsorship or ceremonial manner but rather a ‘sleeves-rolled-up, hands-on, normal participant’ role.

This is very much a reflection of the leadership style of the organisation: flat, informal, energised and passionate. Very compellingly, this was not a case of trying to fix what is broken, or attempting to put lipstick on the pig. The opposite, in fact — this is a case of passionate leaders ensuring that they build upon the tremendous success currently enjoyed, placing the same sustainability emphasis upon their people engagement as they do upon the rest of their business model.

Organisational values were consolidated, rather than reinvented, during the strategy phase, with an emphasis upon fewer rather than many, and four defining values have been prioritised in the business — not new, but simplified.

A key focus of the workshops involved working with the teams in creating shared meaning and defining supporting behaviours that make these values visible and demonstrable in the business. All too often, companies place posters on walls and list the values upon the website as a ‘defining moment’, only to discover the limitations of this later — suitcase words that are not translated into behaviours and therefore don’t drive meaningful change. The teams were fully immersed in this intervention, giving specific meaning to the values and making them tangible for the rest of the organisation, building up a framework that reinforces positive behaviours and allows success to be celebrated.

The power of storytelling is not new to the brand and communication industry, and this principle is as relevant inside of an organisation as outside of it. What was astounding in this case is the extent of the stories that naturally flow from within — people who’ve come from communities within the areas of operation and grown into management roles; guests who’ve come back year after year and pay top dollar to continue the experience; young talent who’ve had studies sponsored abroad by guests; and significant community involvement and participation in many facets of the business.

No stories are manufactured here; they are authentic and real, and simply flow from the passion and involvement of the community of people and relationships that surround this brand. Such is their magnitude and impact, the only work is to capture them better and be less humble in sharing them further afield.

In a collaborative effort between HR and marketing, combined with the continuous efforts of both the executive leadership and 300 highly committed and passionate champions of the internal brand, the fire behind this company’s purpose has been reignited and will continue to burn brightly into the future. Multiple initiatives are underway to sustain the messaging rollout and further build the values and culture immersion across the organisation and its multiple Pan-African destinations, embracing all 2800 staff.

So, no, this organisation is not a rebel but is better described as a visionary and pioneer in the field of sustainable conservation which has defied convention and challenged the norm in the category. Notwithstanding its love for the environment, this brand has been built around people and relationships that are real, sustained and compellingly purpose-driven. 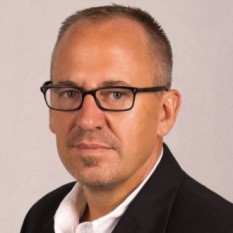