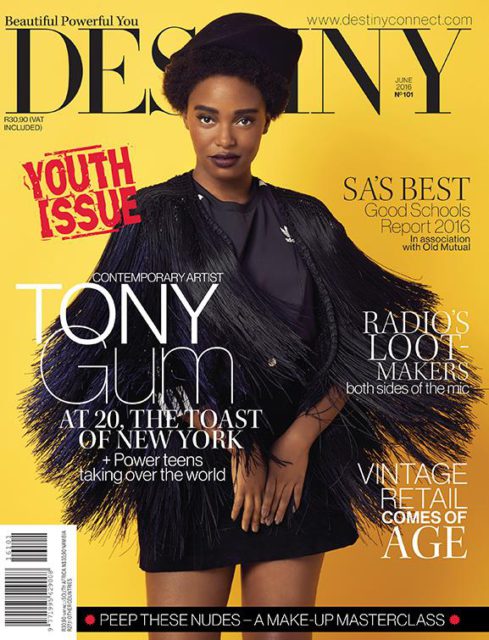 An utterly bold, bright and powerful cover for a bold, talented, powerful and beautiful Tony Gum, who has been named “Coolest Girl in Cape Town” by Vogue. To get to know Gum better, make sure you get this inspirational Youth Issue of Destiny, and also visit her blog. 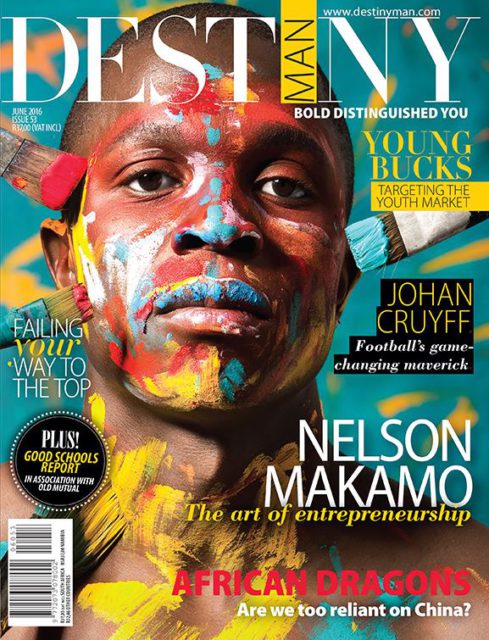 Young artist Nelson Makamo is making quite a splash on the latest cover of Destiny Man, and after brushing up on my knowledge about him, I’ve realised that I’ve already seen a fair amount of his work but now I’m officially a fan — and a follower on his great Instagram account. Did someone say “next investment art piece”? 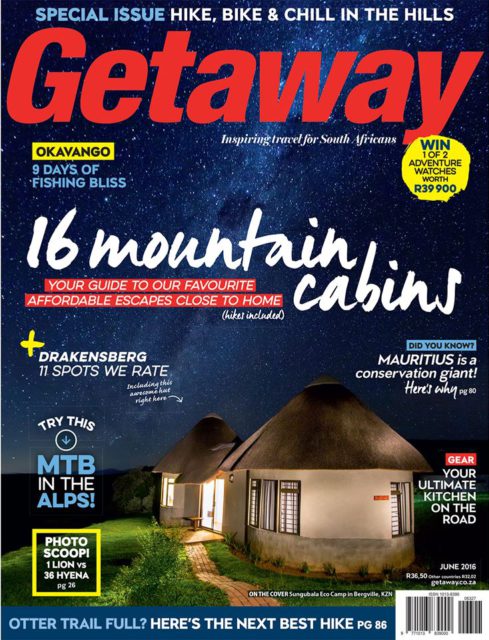 Evening/night photography is of the hardest things to get right, and potentially risky on covers, as it may easily come across as ‘cold and dark’. But Getaway captured the mood perfectly with this exposure, and the final result truly complements the cover story. Read more about its “16 Mountain Cabins” and what else may be expected in the issue. 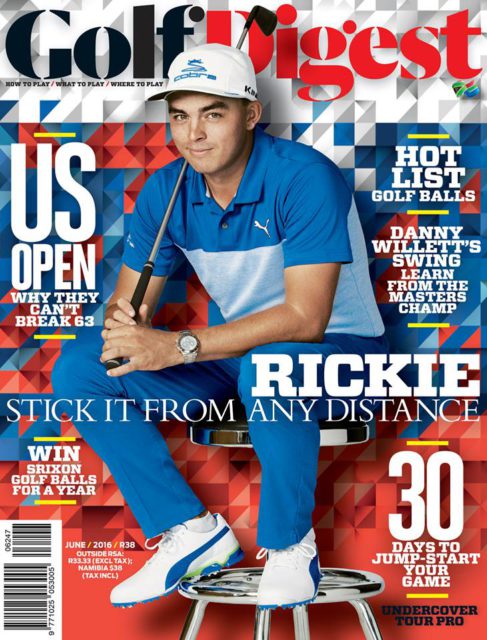 Golfer Rickie Fowler has appeared on a few international issues of Golf Digest, but I am so happy — make that ecstatic — to see that our South African version hasn’t just “copied and pasted” from one of its International siblings. Instead, it’s taken same image and added an element that is bold, colourful and very striking, hitting a hole in a one! Worlds apart when you compare it to this April 2016 issue of an international version… 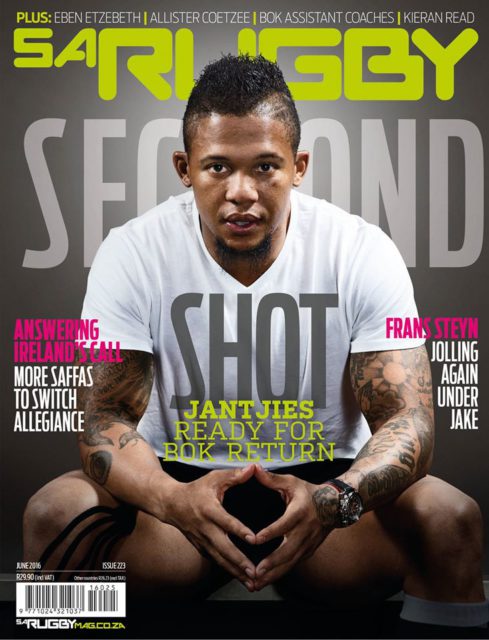 SA Rugby has also scored a try with its June cover, with this great profile shot of rugby player, Elton Jantjies! Strong and serious, and very striking on the magazine shelves. Unfortunately, since this issue has been released, it was announced on Monday, 23 May 2016, that “Lions star flyhalf Elton Jantjies has been ruled out of action for between three and four weeks after fracturing his finger”, according to Sport24. He has since been operated upon, but it seems that this setback might impact upon his “Bok Return”, as mentioned on the cover. Such a pity, but all of the best to Jantjies! 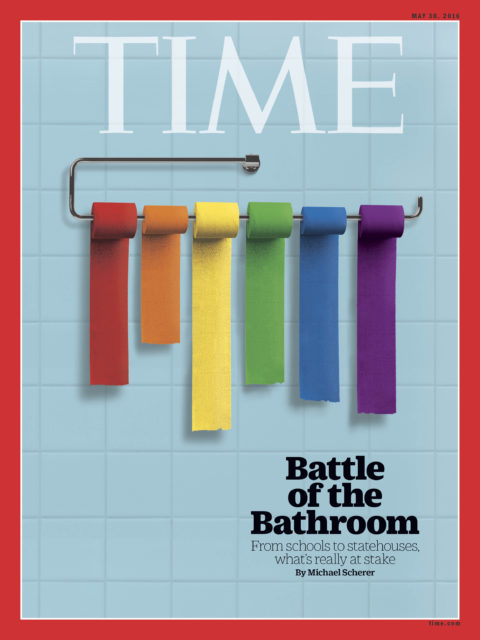 I’ve been following this “Battle of the Bathroom” situation, currently happening in the US, closely. TIME has once again captured the essence of the story, which has so many layers, in one simple image. I’m not going to get political or vocal about this debate and topic, but this brilliant feature should help steer the discussion in the right way, so that we may flush this issue down the toilet, and just continue with our business… Make sure you read the full article!