by Colwyn Elder (@colwynelder) Gender equality has been getting a lot of airtime since the UN Commission on the Status of Women (CSW) in March last year. The executive director of UN Women, Phumzile Mlambo-Ngcuka, called for 2015 as the start of a make-or-break period for gender equality and women’s empowerment, so that by 2030 we can talk about a 50-50 planet where women are equally represented. She went on to say that, while progress has been made, unfortunately the attitudes that perpetuate the culture of male superiority and the stereotypes that diminish women remain and, if not addressed, further progress will always be compromised.

Advertising and media have long been responsible for reinforcing gender stereotypes. And while the defending argument for “dumb dad” ads claims that women have the last laugh, the reality is a gender narrative that perpetuates stereotypical roles. So, at least we’re having a good laugh while maintaining the status quo!

Of greater concern is the ongoing objectification and sexualisation of women in advertising. Yes unbelievably, sex still sells! While many argue that media portraying men with six-pack abs and chiseled features is equally objectifying, two wrongs don’t make it right.

Whatever your opinion, advertising is undoubtedly part of the problem, but it can equally be an effective part of the solution. According to Cindy Gallop, advertising has a key role to play in shattering stereotypes and bringing about cultural change.

Gallop was appointed jury chair for the inaugural Cannes 2015 Glass Lion, awarded to work that addresses the misrepresentation of gender in marketing. The new award is a great incentive for our industry to rethink stereotypical gender narratives, and last year’s inaugural Glass Lion Grand Prix certainly paved the way by busting menstruation myths in India. The campaign opened the floodgates of opinion and debates, says Forbes, including a TED talk, a comic book series, celebrity endorsements and a social media avalanche, growing share of voice from 21 to 91%.

In Africa, patriarchy is believed to be entrenched and difficult to shift. Strong masculine cues dominate advertising, yet according to Trendwatching, Afro-feminism IS the flagship movement in a global quest for gender equality.

Statistics show 41% of women entrepreneurs in Nigeria vs just 10% in the US; Rwanda has the highest number of women parliamentarians worldwide; and Liberia’s Ellen Johnson Sirleaf is the world’s first elected black female president, not to mention Africa’s first elected female head of state.

So forget those naysayers who claim gender equality is a western notion. Let’s reach for a Glass Lion rather than another ad for lager. If India can win a Glass Lion, so can we. 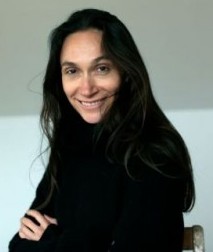