by Remon Geyser (@remongeyser) The Springleap creative panel in Kenya has recently noticed a few interesting brand communication strategies from the cellular industry worth discussing, in particular, Airtel Kenya’s new TVC that quickly trended with local consumers. This provides us with an opportunity to learn how local Kenyan brands are stirring conversation.

First, let’s take a quick look at what Airtel Kenya did: Entitled “Airtel Smartika Na 5X”, the brand encouraged consumers signed onto competing networks to switch. The brand did this by creating a humorous scene and, ultimately, offering customers additional airtime if they were to call for a specific amount of time. This ‘promotional’-based execution resonated well with Kenyans, and would be universally appreciated by many consumers. In addition, a few lucky subscribers were entered into a draw to win one of 50 cars — daily.

The TVC has gained popularity thanks to its humour and strategic use of vernacular language, as well as the impressive art direction. However, our panel stresses that being relevant has been the winning factor. The casting and acting seem to have worked well in this particular ad. Also, the brand produced a similar TVC last year, using the same actors (offering bonus airtime, too) —helping in creating familiarity with the campaign and, in turn, promoting brand linkage.

Our panel stresses that the ultimate objective (to garner more subscribers) is yet to be realised; more time is needed to uncover its impact. The biggest competitor, Safaricom, is still in the lead with overall market share in the country.

Once again, the winning creative element — emphasised by our creatives — is the highly saturated and eye-catching animated bubble that indicated the actor has received bonus airtime from Airtel. Everybody enjoys appealing graphics and visual aspects of an ad, as this is often the first thing that consumers are strategically made aware of.

As previously mentioned, using the same actors over time is great for brand linkage, but is also a strategic way to ensure that the attention is kept on the brand and its advertised service or product. In addition, last year’s TVC only offered free airtime, whereas the latest one is offering 50 lucky consumers a car each. The possibility of winning a life-changing product could only entice more consumers to engage with the TVC and eventually switch to Airtel Kenya.

The competitor landscape is very fierce for cellular brands. There are regular TVCs from key players in the local industry, advertising better and better deals:

Safaricom, the leading mobile network in Kenya, recently released its latest TVC, “This is For You”. The advert dives into the heart of Kenyans by appealing to patriotic citizens, and communicating a message that seems to say, ‘Safaricom has got something to offer for every single Kenyan.’

Orange is known for offering a wide range of services, including fixed-line installation, broadband internet, mobile money transfer — under both GSM and CDMA platforms. The brand’s latest ad, “Stretch Your Limits”, plays around the concept of endurance and pushing oneself into new heights.

According to our Kenyan panel, Kenyans like working-class heroes, everyday blue-collar people — people who are no different to themselves, and have an interesting story to tell. Kenyans also seem to respond well to stories that have a “rags-to-riches” concept attached to an ad. This may be beneficial for local brands, especially since so many South African celebrities have gone through a similar progression.

Although this ad has been well-received by our creatives, our panel does place emphasis on the need to focus on other service offerings, eg, mobile money exchange, which is in high demand right now in Kenya.

Every month, Springleap provides an oversight of local trends in the South African market, sourced from among its 22 000 African creatives, with new country specific reports planned for a number of key African and Middle Eastern markets. Pricing for accessing this trend platform starts at as little as R270 a month.

Readers must use the promo code “MarkLives10” to access their discount. 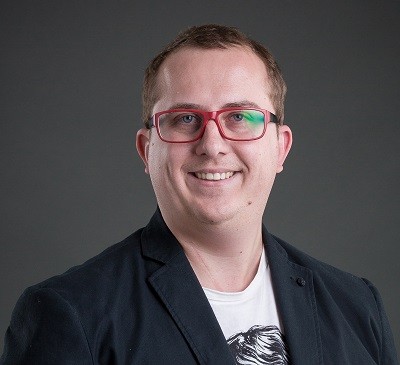