by Remon Geyser (@remongeyser) Kenya is undergoing some interesting changes and we’ve picked up two important shifts impacting consumers and the brand communications industry. The one is the move from analogue to digital in TV, and the other encompasses the rise of digital agencies. 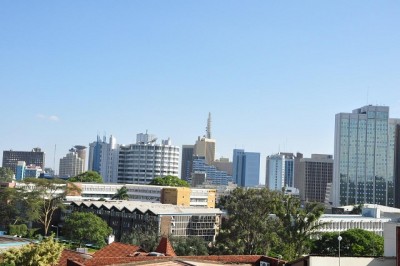 Statistics from the Communications Authority of Kenya (CAK) released this year (2015) indicate that internet penetration in Kenya stands at 52.3%, placing it in the lead board in the region. The East African country is reported to have the highest bandwidth per person in Africa, the fastest speeds and one of the lowest internet price rates. Kenya is said to have more undersea cables than its peers in the region. The nation boasts a 20-fold increase in international bandwidth in the country to 20 gigabytes per second.

In the Kenyan mobile sphere, in 2012 93% of Kenyans were mobile phone users and 73% mobile money customers. Additionally, 23% used mobile money at least once a day. Average mobile data speeds were at 7.67Mbps —impressive for an African country in the middle of development.

Television viewership: why the transition?

The east African country, home to the fast-growing capital and business hub Nairobi, has followed the lead of modern economies around the world and transitioned into digital. This means that Kenya has switched off its analogue transmissions and moved over to DTT — digital terrestrial television.

Tanzania was the first East African country to fully migrate into digital in 2013. Since then, this trend in technological advance has sparked interest in Kenya and the transition. The leap of faith from the archaic analogue platform has not been a smooth ride, though.

Earlier this year, during the initial stages of the migration, local Kenyan networks NTV, Citizen and KTN switched off their new digital signals in protest. The companies’ issues were centred on wanting to distribute their own top-box sets to push out content. Nonetheless, the supreme court ruled in favour of the two main service providers, one owned by the government and other by a Chinese firm.

This comes with the potential to negatively affect the number of television stations that are willing to revamp their method of broadcasting. Viewership runs the risk of falling thin, as not every single viewer in Kenya might have the means to instantly switch to the new digital platform —such a transition to properly run through every home might take months, depending upon the logistics. 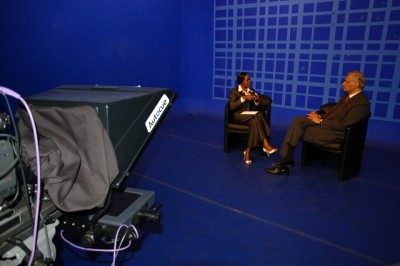 Television is the primary source of information for the majority of Kenyans; about a third of Kenyan households own a TV set.

In the migration to digital, the DBV-T2 receiver box from electronics importer/distributor company, Jolini, has helped to facilitate the transition, with the average price sitting at Kshs 5 000 (equivalent to R610). The second, slightly more-expensive option for Kenyan consumers is the integrated digital TV (idTV), which has the digital signal coded into its hardware. The average price for a 32-inch flat screen with this feature may range anywhere from Kshs 19000 to Kshs 40000 (R2300 — R5000).

Finally, for the more tech-savvy Kenyans, digital TV may be accessed online with the use of the DBV-T2 dongle for computers and laptops — usually found online for no more the US$15 (R188).

It was recently calculated that two-thirds of households now have access to one of these three options of digital viewing, and as a result are enjoying HD visuals, programme recording (and skipping) and enhanced acoustics.

There has been a recent conflict between the communications authority of Kenya, which says that 60% of TV consumers in Kenya has acquired digital TV, and local media houses, which stipulate that up to 90% has as a result been left without access to television viewing — a shocking stat.

The future of TV in Kenya will more than likely improve uoon its digital technology, and possibly attract international broadcasting networks such as ABC, CBS, NBC, The CW and FOX.

The rise of digital brand communication.

Although the TV transition is new, digital in advertising has been around for some time. Agencies have been communicating digitally for a while now. Of late, there has been a lot of digital activity in Kenya.

Kshs 85.8bn (R7bn) was spent upon advertising during the 2014 financial year. Although digital is a small part of this, we can expect to see budgets growing on digital advertising services.

Squad, a fully integrated digital advertising agency (owned by WPP and Scangroup) has been pushing out digital campaigns, including a complete rollout from its client Safaricom earlier this year. The “Take Your Time” digital campaign included video content, a microsite and social media communication.

ARK Africa and Brand 2D, digital ad agencies with offices in the heart of Nairobi’s hustle and bustle, have been working with brands such as Standard Chartered Bank, Zuku, Coca Cola Kenya, Nivea Kenya, Miller Genuine and many more to deliver a variety of fully optimised digital brand communications. These creative adverts journey from online, video and microsites to mobile apps.

There are big plans for the Kenyan Tourism Board in the next month. It has partnered up with CNN and is scheduled to rollout a multimillion-shilling digital advertising campaign to attract international visits. The campaign is set for on air and to be adapted as online campaign. The objective is to combat the drastically declining amount of tourists visiting the country in recent years — only 284 313 in the first five month of 2015, compared to 381 278 in 2014’s first five months.

Kenya, now a ‘digital country’ on many fronts, has opened up the lines of entertainment and communication and taken them to a first-world level. What with Nairobi being labelled as the “Silicon Savannah”, we can expect nothing other than a strengthened synergy between digital technologies and the increase of an advanced consumer experience.

This information was provided by Springleap’s Trend Spotting platform.
Every month, Springleap provides an oversight of local trends in the South African market,
sourced from among its 22 000 African creatives, with new country specific reports planned
for a number of key African and Middle Eastern markets.
10% discounted subscription rate for MarkLives readers! 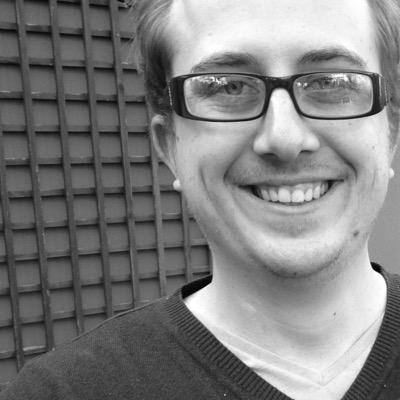