by Herman Manson (@marklives) Kevin Roberts, executive chairman of Saatchi & Saatchi, is full of hope and optimism that its South African agency, the recently amalgamated Saatchi & Saatchi BrandsRock, will pull together to become a formidable name once again in the SA advertising world.

According to Roberts, the network has assembled the pieces to build the machine; now it’s up to the SA leadership, including John Dixon (CEO), Mike Joubert (chief inspiration officer), Jonathan Beggs (chief creative officer) and Shaune Jordaan (CEO at Saatchi & Saatchi Synergize), to pull together and make it all work. 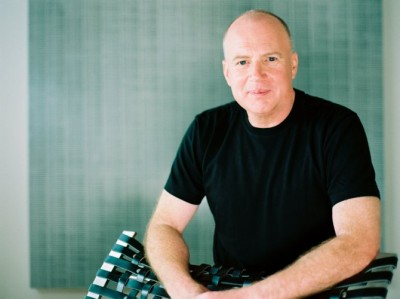 For Roberts, he is there to help the team formulate its ambition and purpose as an agency, and to give it the courage to implement it. He wants a great agency — being merely good misses the point.

The local Saatchi & Saatchi agency had been fairly average before its merger with BrandsRock, says Roberts, even when it had some dynamite clients and people. He wants the new management team to be ambitious in making the agency great again — to have the courage to make tough choices and the self-belief to pull it all together.

For his part, he will remove as many obstacles as he and his network can by providing a framework and environment which will allow the team to deliver. Sometimes networks are ‘notworks’, quips Roberts, and he believes the Saatchi & Saatchi network needs to make a positive contribution to its agencies.

According to him, the network is emotionally invested in the SA agency and he intends to run much of its African business through it. He’s been waiting for the awakening of a ‘sleeping giant’ in Africa; when that happens, locals will be in place to grow the agency sensibly.

Make the world a better place

Roberts has publicly expressed concern about the increasingly wide gap between the haves and the have-nots. He believes that the role of business is very much to help make the world a better place by being an engine for economic growth. He doesn’t embrace what he calls ‘exclusive capitalism’, instead calling for it to become more inclusive and assist in narrowing the poverty gap.

Politics and politicians are failing us, and business needs to step in and help make change, he says; the recent UK election was bereft of ideas for economic growth and he expects more of the same from the upcoming US elections. Two billion people are not participating in the global economy — an indictment on politics as usual, he says.

Improvement in education is a priority for economies hoping to be competitive, as is the need for skills training after school, he believes as well. “Stop having meetings and committees and start investing in education and skills” is his call not only to political types but to business. He believes Saatchi & Saatchi contributes in this quest by creating booming companies with local entrepreneurs.

Branding as we know it is dead, too. If Kim Kardashian can become a brand… he seem pretty sure that he doesn’t want to contribute to all of that.

Instead, he sees the role of marketing as creating movements of people who feel they are engaging and being engaged by more than a brand. He uses SA Rugby fans wearing Castle Lager-branded shirts as an example; he calls it loyalty beyond reason. SAA would be an example of a brand that’s just a brand — more’s the pity as it generated considerable loyalty in the Nelson Mandela years (think of the flyover during his presidential inauguration, or at the 1995 Rugby World Cup).

Corporations, from producers to retailers and the media, have lost effective ownership of their brands, taken over by consumers.

The global economy is challenging at the moment, says Roberts: there is a lot of uncertainty and conflict in the world, and economic growth is stagnant or inching forward in key markets, including the US and China. Confidence in the world economy is low. The same applies to SA, where he would have bet on economic growth a year ago. In the last few months, this assessment has changed. Growth is slow — very much as the result of a lack in political leadership (worldwide).

For Roberts, a lot of hope lies in the maturing of Millennials; he believes they will create a generation of leaders who can and will make a difference. He describes them as exciting, collaborative, connected, optimistic and a driving force for good. Even if they are idealistic, they are prepared to work to make things happen.

It’s his opinion that they also make great agency people, as they are often driven by creativity which they want to share — in the ’80s and ’90s, it was much harder for agencies to attract talent, when kids flocked to financial services or law school. So he wants Saatchi & Saatchi to be a place in which Millennials feel at home — intuitive and connected, collaborative and showing the way.

MarkLives’ round-up of top ad and media industry news and opinion in your mailbox every Monday and Thursday. Sign up here!