Brand Politics: To lead or mimic? That is the brand question

by Alistair Mackay (@almackay) The Castle Lager ads of the 1990s put forward a vision of South Africa that was far removed from the lived reality of most citizens then. That kind of footage seems cheesy and clichéd now, but seeing a genuinely and happily multiracial society back then must have seemed like looking into some dreamlike utopia. It was a vision to unite and inspire SA in a time of trepidation, polarisation and mistrust.

I think those ads did more than give us all warm fuzzies: they contributed, in their small way, to shaping how SA society thought about itself. They made the promise of the rainbow nation seem attainable, and provided an easy guide for everyday nation-builders.

That is a kind of political leadership, and it uses a technique common to luxury branding. Where FMCG brands such as Omo, Coca-Cola and Dove will try to resonate with consumers by depicting their realities in familiar and recognisable ways, luxury brands tend to create the “brand dream”. This entails creating a distance between the lived reality of consumers and the brand; a world which is somehow more impressive, more beautiful than what their consumers currently know. It is the key to triggering aspiration.

If the prices that luxury brands are capable of charging tells us anything, it’s that this technique works.

Often, it works because it plays upon our insecurities and complexes, implying there are aspects of ourselves that we need to fix with expensive things. But I think partially it works just because we’re a daydreaming species. We have imaginations and like to use them. We escape the mundane reality of commuting, tedious meetings and calorie-counting for a magical world in which we’re the glamorous model, the sophisticated executive or the wine connoisseur [or sexy vampire/werewolves — ed-at-large].

A brand dream is a powerful motivator. I just wish that, in this time of social crises and poor political leadership, marketers were using it to motivate people to do more than just buy a flashier car.

Every now and then I become overwhelmed by the opulence in our shopping centres. Queues of people waiting to pay thousands of rands for clothing that they will no longer want next year. Rows of sweets and toys on the way to the supermarket checkout to encourage people to buy things they don’t really want or need. In a country with as much poverty, homelessness and desperation as ours, it’s grotesque.

Wouldn’t it be amazing if brands used the power of aspiration to encourage positive social change? Wouldn’t it be great if more marketers went the route of Castle in the ’90s — showing consumers a dream of a better society, not just a better personal standard of living?

Marketers of big brands, through no choice of their own, have an enormous ability to influence social behaviour. They understand the psychology of creating demand and of fuelling aspiration. If a beer brand could encourage nation-building, I’m sure there are many others that could encourage empathy and education and philanthropy.

Woolworths’ MySchool MyVillage MyPlanet initiative has started along this path. KFC has its Add Hope campaign. Primedia has LeadSA, for exactly that reason. But no brand has yet made social needs a core part of its platform. I imagine very few have social objectives along with their sales or brand objectives.

A clear vision of a better SA and a path to help us get there is not just the realm of NGOs and government; it’s the role of leadership brands in a country with pressing social issues and many citizens who are desperate for a way to give back.

Many brands struggle to be relevant to the lived realities of SA consumers. There are even fewer which pioneer a new, better reality for those consumers. The brands that get it right would do more than increase their sales. They would generate the kind of emotional glow that earns them meaningful and long-term loyalty from consumers.

That is as difficult to find these days as leadership — and I don’t think that’s a coincidence. 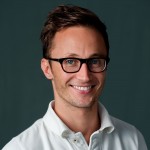